Home / Blog / Why do dogs twitch in their sleep? 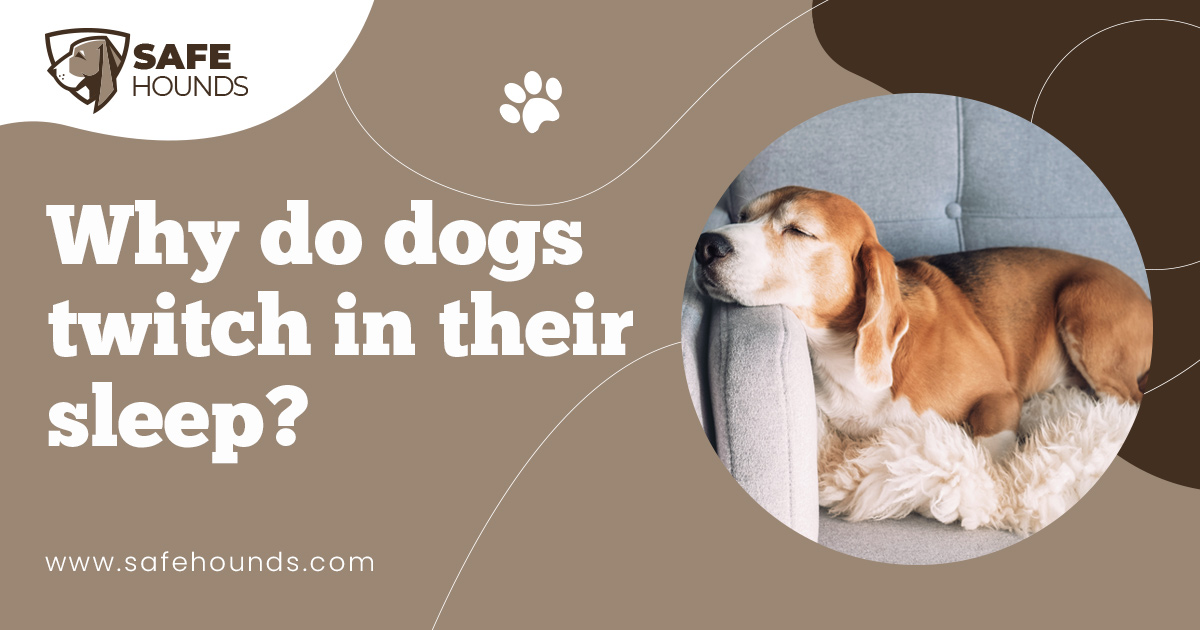 Watching your precious and adorable new dog silently sleeping in the foot of your bed, tranquil, gentle and placid, makes you feel a mixed sort of wonderful emotions. But suddenly, you noticed your lovely pet twitch, and after a few seconds, another twitch- this behavior made you feel worried about your dogs health and without any second thought, called your vet and inquired about this occurrence only to be told that everything is normal.

How do dogs sleep? Its pretty similar to human physiology. The same way we go through a series of NREM (non-rapid eye movement) and REM (rapid-eye movement) sleep, dogs also go through the same steps, the only difference is that dogs undergo an additional phase, the SWS (short wave sleep). In this SWS phase, the dog may sleep like a carpet and breathe heavily. The rapid eye movement happens when the dog is already in a state of deep sleep. In this phase of sleep, it is theorized that dogs start dreaming and sometimes, act them out by twitching. Oftentimes, dog even bark or growl during their sleep. Its all connected to what they are dreaming about.

Most dog owners, especially those who are beginners in caring for dogs would usually panic upon noticing their dogs twitching while on sleep. Fact is that these are just normal behaviors of dogs, just like how we, humans, do sudden twitches while we are asleep, some of these twitches we feel, while some we do not. Most of the time, dreams trigger these twitches that we make, and after all the twitches, everythings all right.

However, the feeling of worry and anxiety is not uncommon because most often than not, these twitches can sometimes be mistaken as seizures. These twitches, however, are not occurrences of seizures. Seizures differ from normal twitches in a way that seizures happen suddenly and the dogs body becomes stiff, locked-up and would start trembling heavily. The dog may also lose his consciousness and pant excessively. Whereas, in a common twitch, the dog just jerk suddenly and goes back to a quiet sleep. In fact, in the duration of a twitch, when you call out your dogs name, it would wake as if nothing happened at all.

Studies show that puppies and old dogs tend to dream more than middle aged and adult dogs. This means that you should expect more twitching in these ages and that the occurrences will soon decline as they mature into adulthood. So the next time you see your pup twitching in his sleep, do not feel anxious and worried, hes just deep state of sleep and perhaps dreaming of himself running and playing.