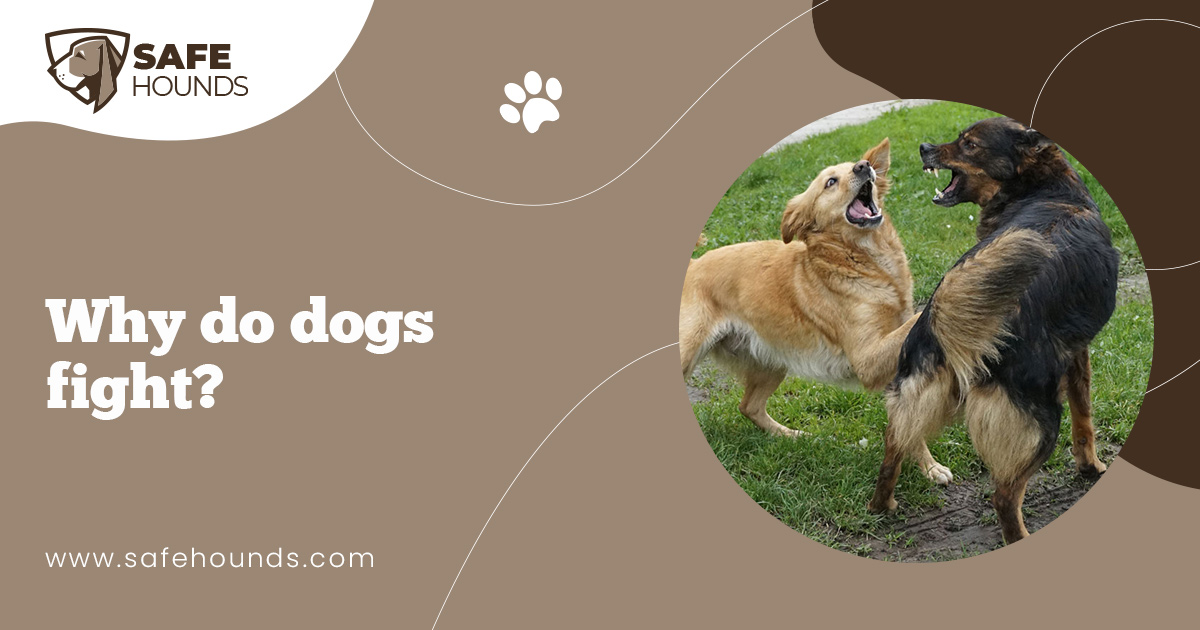 Dogs will fight to defend themselves, their young, their territory, their pack and to go up the social ladder. It is engrained behavior for alpha personality dogs to try to assume the leader role, even if it takes fighting other dogs and people to do so. Some dogs are not as bold and want to avoid fights with dogs that they know are tougher than them. Dogs will go out of their way to avoid such a fight. To avoid a fight, a dog will go as far as rolling and exposing its stomach and throat to the more dominant dog.

The dog is such a strong animal that some breeds can take on other large predators. Romans used the Empyrean Molossus, which could weigh as much as 177 lbs., for fighting other large predators in the ring. Both the wild and domestic dog will fight other dogs under different circumstances, including for defence or fighting a rival or intruder.

Modern dogs can be trained not to fight other dogs. When dogs do fight, it could be because a strange dog has found itself in another dog or dogs territory. In this case, a more submissive dog may have to fight its way out of the other dogs territory. By assuming a submissive posture or running, a dog may escape without having to fight.

As a social species with a strict hierarchy, dogs fight to work their way up the social ladder for dominance and first rights for leadership, food, and sex. Fights can occur between female and male dogs and amongst their own sex. Alpha dogs have earned their dominant position through their actions including fighting other alpha personality dogs.

If your dog has been in a fight, seek proper treatment for any wounds. The issue of dog fighting is an ancient one. The inhumane use of dogfights for entertainment has continued to the present day. Dog fighting gets the spotlight in the news media sometimes.

Dogfights can be distressing to watch and dangerous to break up. Breaking up a dogfight can only be done with knowledge of the techniques that are used to break up a dogfight. These techniques involve methods for distracting and confusing the fighting animals long enough to separate them.

The presence of an owner in a dogfight may cause the fight to escalate by causing the dog to fight to protect its owner as well. When dogs fight, it is a serious business. You must take preventative measures to avoid injury to your dog from a dogfight.