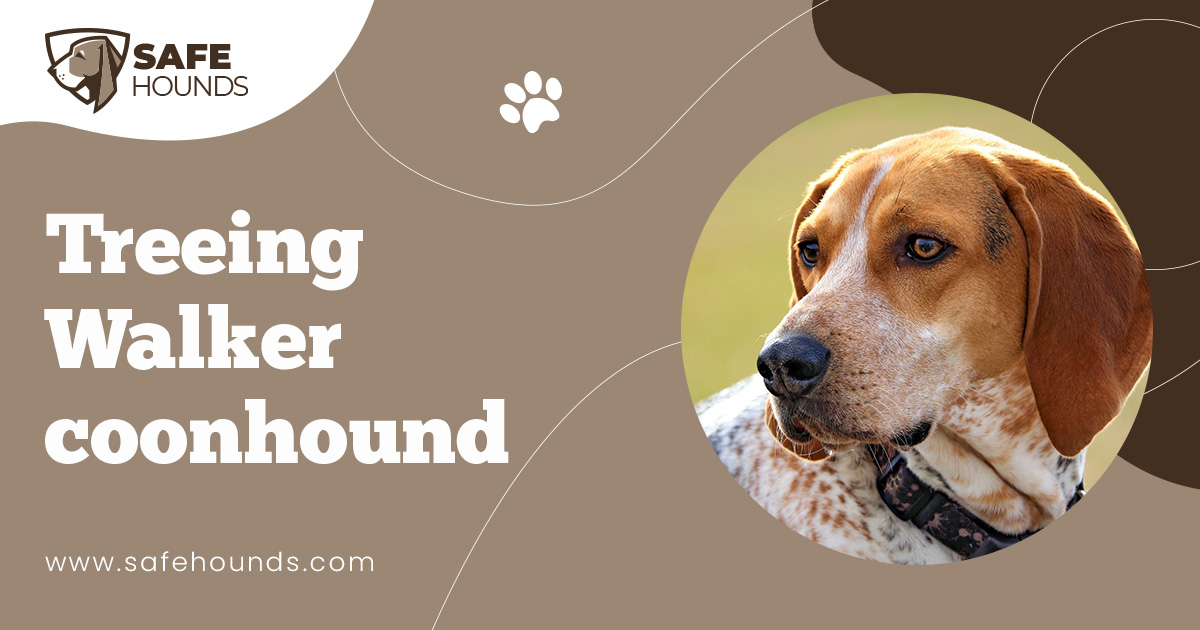 The Treeing Walker Coonhounds are excellent at pursuing game. They are very fast and agile. This breed is quite vocal and they have a distinctive call that makes it easy for their owners to identify them, even at far away distances. This dog is best suited for a life outdoors. If they are kept in close quarters for an extended period of time, they will not do very well.

The Treeing Walker Coonhound is between 20 – 27 inches high at the withers. This breed weighs between 50 – 70 pounds. It has a coat that is short and smooth. This is a powerful breed of dog, especially in the shoulder area. Compared to the size of its head, it has large ears. The legs of the Treeing Walker Coonhound are not very muscular. Many people have mistaken this breed for a larger than average Beagle.

The shoulders of the Treeing Walker Coonhound are powerful and mobile. This breed comes in white and tan colors. They can not be red. That is to distinguish them from the Redbone Coonhound. The eyes of the Treeing Walker Coonhound are relatively prominent and are set well apart. The color of the eyes are dark brown or black. The muzzle is medium square and quite long. The nostrils are also quite large and black in color. The ears of this breed are medium length and are set moderately low. They should hang gracefully, with the inside tip of the ears leaning toward the muzzle.

The Treeing Walker Coonhound makes a good pet if they are given the proper amount of exercise. They enjoy cuddling with its owner. This breed needs a consistent training program because they are very intelligent and have a tendency to take advantage if there are any loopholes in the training.

The Treeing Walker Coonhound is not a good dog for you, if you live in an apartment. These dogs are too energetic and anxious to lay around a house or apartment all day. They tend to do better in hot climates with a lot of sunshine. This breed has been developed for a lot of physical exercise. They really need a fenced in area because they have a tendency to run off in search of game. When that happens, they have a poor sense of direction so they need a safe environment. This breed needs daily long walks.