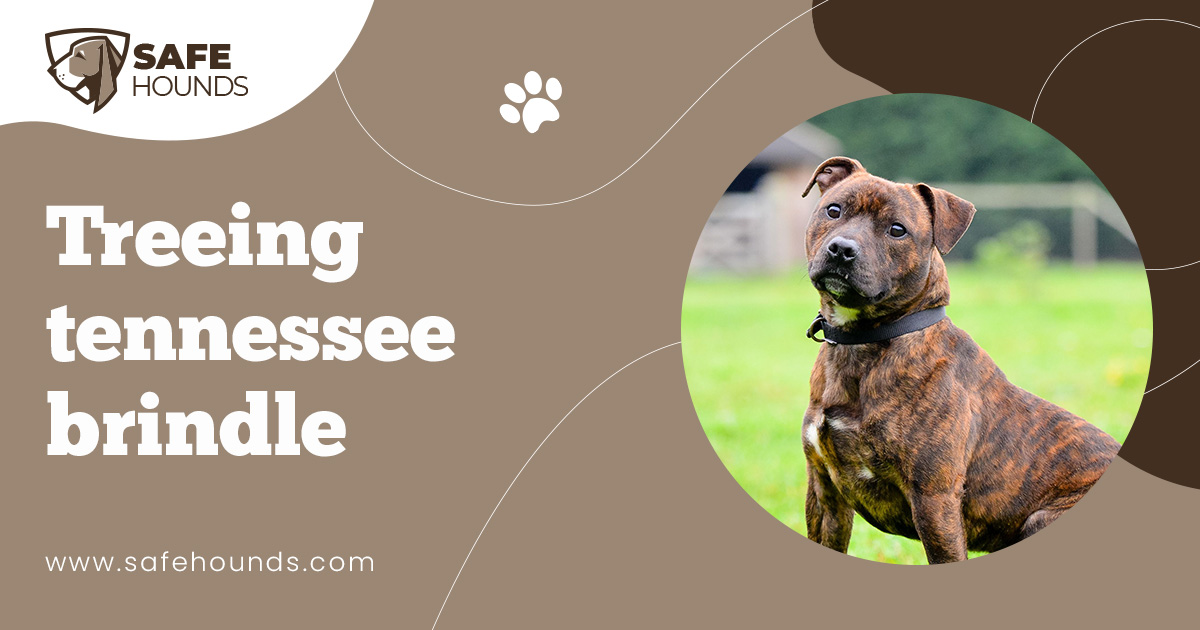 The Treeing Tennessee Brindle is smaller that most other types of hounds. It has small ears and feet that are similar to a cat. This breed has a short coat that is smooth, dense, and soft. Most of these dogs are brindle in color. It is also acceptable to be a black color with streaks. A small amount of white color is also acceptable on the feet or breast area.

The Treeing Tennessee Brindle has prominent dark expressive eyes and a course mouth. The tail should be medium in length and straight. The average height of this breed is between 16 – 24 inches. The average weight is between 30 – 50 pounds.

The Treeing Tennessee Brindle does not need an excessive amount of grooming and maintenance. They should be bathed and brushed occasionally to remove dirt and dead hair. It is important that this breed get a regular amount of exercise. This is necessary so they can stay in shape so they can carry on their hunting activities.

The Treeing Tennessee Brindle has unique requirements when it comes to training. Extra care must be taken so they are not abused because of their overly sensitive nature. If you lose their trust, it will be very difficult to gain it back. It is best to train them using positive reinforcement on a consistent basis. The Treeing Tennessee Brindle has a medium skill level when it comes to learning. Their obedience skills are classified as high and their problem solving skills are medium.

The Treeing Tennessee Brindle does not have a long history. The Treeing Tennessee Brindle was only classified into a distinct breed within the previous fifty years. For the longest time, various types of brindle colored tree dogs have existed all over the United States. There was a particular dog that was not as large and with smaller ears but still brindle in color.

In the 1960s. Rev. Earl Philiips began publishing articles on the various treeing dogs. He learned much about these dogs and their owners. From the various dog owners that he corresponded with, he learned that these brindle dogs had excellent treeing and hunting abilities.

Some people began to attempt to advocate Cur dogs of various colors but there was none trying to promote the brindle Cur dogs. So in the year 1967, Reverend Philips contacted these people again and suggested that an organization be formed to preserve the brindle Curs. Finally the Treeing Tennessee Brindle Breeders Association was formed in March of 1967. The goal of this organization is to breed a brindled colored dog that is smaller than the Plott. With selective breeding, desirable qualities can be enhanced in the Treeing Tennessee Brindle breed.