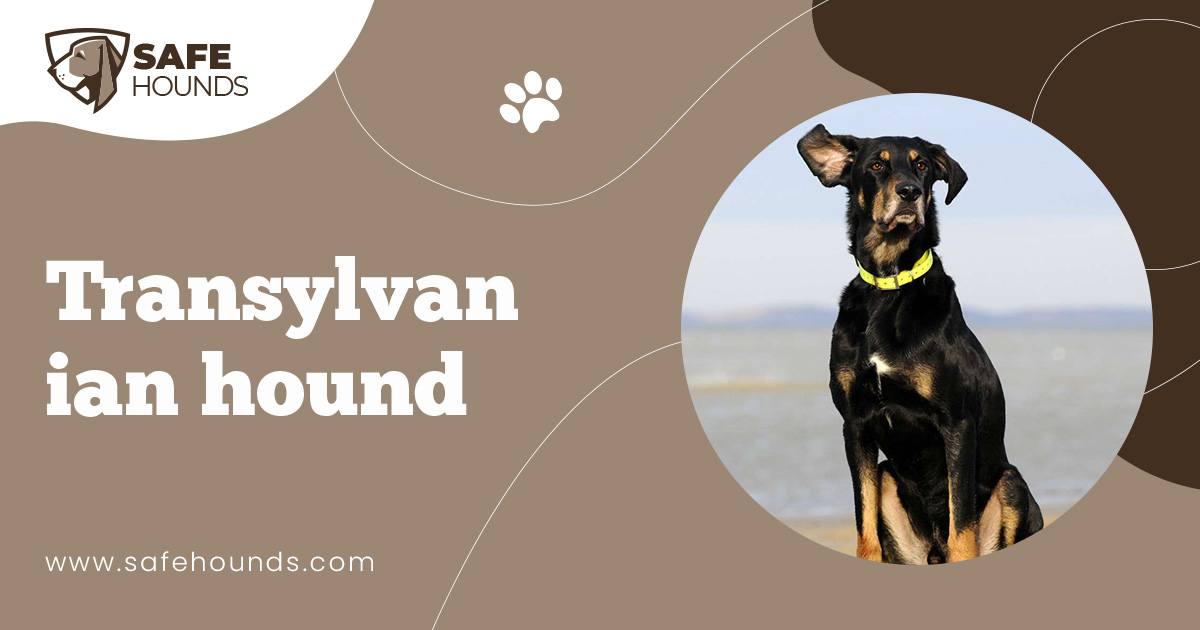 A dog with a sleek, stunning appearance, one that has a regal posture and a proud demeanor because of a beautifully sculpted head that is usually held high, the pride of the Hungarians the Transylvanian Hound. This extremely rare breed is also known as the Hungarian Hound. Highly regarded and protected by the Hungarians, this ancient breed has remained pure and has existed in its country of origin for thousands of years. Dog lovers have just recently been made aware of the existence of this outstanding breed.

This breed that has originated from the Magyar dogs during the Middle Ages was the favorite hunting companions of royalty because of its keen sense of smell and excellent sense of direction. During the ancient times, this dog is the favored companion of kings and princes in hunting wolves and bears. The Transylvanian Hounds is a courageous, tenacious and tireless hunter that knows the difficult terrain. The dog is also capable of bearing up with very cold or hot temperature. The hound is an agile and cunning hunter. In recent times this dog is used to hunt wild boar, stag and lynx. This dog loves to hunt in the forest, in the mountain and in rivers in any kind of weather.

The Transylvanian Hound is not only a hunter, it is an admirable watchdog too. This breed is very protective of the property entrusted to its care. The dog would usually situate itself in a location where it will have a good vantage point to keep an eye on the perimeter of the property. This is really an intelligent dog. The dog seems to discern an intruder from a postman. Moreover, if it is not in a territory designated to watch, the dog is calm, curious of strangers but rather friendly.

A Transylvanian is basically a healthy breed and expected to live from 10 to 12 years.

The Transylvanian Hound is a medium sized dog with a proud and an elegant appearance. With the compact well formed body it is very apparent that the dog is strong and powerful. The dogs body is almost square. It has a straight back and topline. This breed has well pronounced withers, a broad chest and a tucked up belly. The neck is muscular but perfectly proportionate to the body. The breed has a black nose with wide mobile nostrils, a black pigmented tight lips and medium sized almond shaped eyes that has a dark brown color. Ears that are set medium high has a wide base and tapers to a rounded tip. The ears hang closely to the cheeks.

A Transylvanian Hound has a shiny top coat that is quite coarse to the touch and a dense soft undercoat. The top coat is about 2 inches but grows longer on the neck, withers, at the back of the upper thigh and on the underside of the tail. The coat is predominantly black. Tan points are always present on each eyebrow. The snout, the neck, chest and feet are tan in color. The colors are distinctly defined enhancing the striking appearance of the dog. This breed has a strong tail that is set at medium height with the lower part curving upwards. An excited Transylvanian Hound carries its tail curved but not curled over the back.

The Transylvanian Hound is an able hunter but what endears the dog to non-hunters is the well balanced temperament of the breed. These dogs form a strong attachment to the human family especially to the person providing care and food. With the imposing and intimidating appearance, the Transylvanian Hound makes a good watch dog. It is extremely protective of the family as well as the property or territory assigned to the dog for protection. This breed will announce the arrival of an intruder with ferocious barking. But they very rarely attack and once the intruder is allowed by the master to enter the property, the dog will cease barking at once and return to its calm behavior. These dogs make wonderful pets. These are lively dogs, known to love children. Of course obedience training and socialization will still be necessary. The dog may tolerate other dogs in the household but being territorial, this dog may be combative with other dogs. A Transylvanian Hound is a hunting dog. As such they have the propensity to chase smaller pets and even people. These dogs also have the tendency to filch food from the kitchen counter even if they are well fed.

A Transylvanian Hound is an adaptable breed. They would be most happy in a rural setting where they will have the freedom to run unrestricted by a leash. However, these dogs can live in the city as they are active indoors. Being hunting dogs the Transylvanian Hounds would need extensive exercise. Urban dwellers have to provide for the exercise requirement of these dogs. A daily walk in the park will do but ensure that the dog is kept on a leash. A dog that is not given the chance to expend its excess energies will be destructive. This breed would require attention from the human family. It would not do to leave the dog alone for a period of time. This breed has the propensity to dig. They are also escape artists that will not be deterred by a 6 foot fence just to be reunited with the owner.

The Transylvanian Hounds short coat is easy to care for. The dog is an average shedder. Brushing the coat occasionally with a firm bristle brush would maintain its tiptop condition. Bathing the dog should only be done when it is necessary so that the natural weather proofing of the coat will not be removed.

The Transylvanian Hound is an extremely rare breed of hunting dog. This breed has existed in Hungary, its country of origin for years but the breed has remained unheard of in other countries. These dogs were recently introduced to United States. This breed has adapted to the unique climate, to the difficult terrain and the varied hunting conditions Hungary offers. The Transylvanian Hound is a courageous and persistent hunter, one that has the intelligence to cope with all these challenges. During the Middle Ages, this breed became the popular choice of royalty and nobility. Because of the varied terrain in Hungary, two different strain of Transylvanian Hounds were developed – the short legged and the long legged variety. The long legged hound was used in hunting big game. The long legged Transylvanian Hound is an able hunter of buffalo, wild bear, and lynx. The short legged variety was utilized in hunting small game like foxes and hare.

This breed is believed to have been created during the 9th century. Ancestors of this breed were brought by the Magyars to the eastern regions of Hungary during the invasion of the Carpathian Mountains. The Magyar dogs were inevitably crossed with the native dogs of the region. The progeny of the breeding was mated to the Polish hounds that originated from Eastern Europe. This resulted to the creation of a hardy breed that can withstand the difficult varied terrain and the extremely adverse weather conditions of the Carpathian Mountains. In these regions a dog needs to bear up with the frigid winter and the oppressive hot summers. The Carpathian Mountains is a heavily forested area. It was said that a young hunter on foot will be an old man before he can cross the woods. The dog has to have the stamina, strength and agility to be able to hunt with mounted hunters. The Transylvanian Hound has all these qualities and more. The dog has a keen sense of direction. Its knowledge of the terrain is vital to a hunter. Moreover, a Transylvanian Hound is good natured, obedient and protective of the human hunter a truly dependable hunting companion.

Sadly, the breed almost came to a horrifying end. This breed has suffered because of Romanian fanaticism. The Romanian government ordered the mass killing of these dogs as they are deemed to be a symbol of Hungarian occupation. The short legged variety was completely wiped out. Fortunately, a few have survived and dedicated breeders have painstakingly worked to revive the breed. Because of these breeders, the Transylvanian Hounds exist today though low in numbers and still considered to be on the brink of extinction.