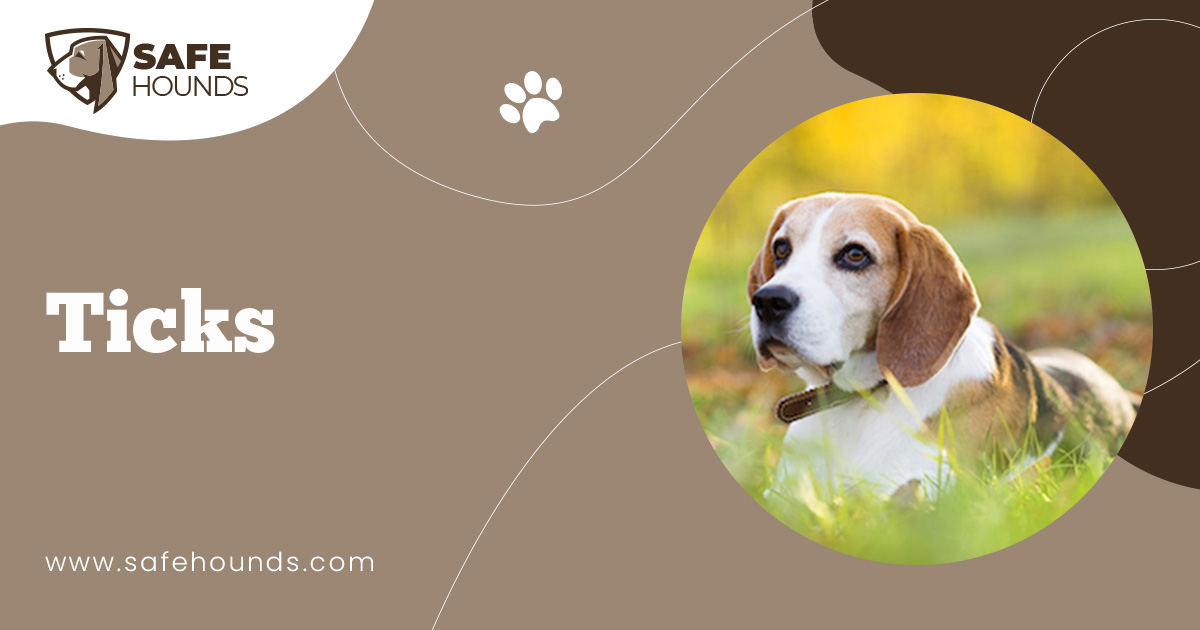 A tick is a dangerous external parasite similar to other parasites like fleas because they attach themselves to your dog and feed off their blood. The most common type of tick in relation to dogs is the Ixodes Scapularis, otherwise known as the deer tick or black legged tick. And the American Dog tick or Brown tick. Despite this, most ticks wont hesitate at attaching itself to your dog.

These hard bodied insects come from the arachnid (Spider) family and are no bigger than the size of an ant, although they get larger when engorged with blood. They live in woodland areas, tall grass and other outdoor places where wild animals or livestock inhabit. Peoples yards or gardens are not excluded. Unlike fleas they can live much longer without attaching itself to a host and when they are full theyll drop off and wait for a new victim.

They do not jump, nor fly, but lurk in hidden areas in hope that they brush on to a host as it goes past. They can also strategically drop off grass or plants and land on a host. They are quite intelligent creatures that can sense weather and changes in the length of the day in order to know when it is best to find their next victim and they can also detect heat and respiration (carbon dioxide) from nearby animals. Studies show that ticks have actually been known to stalk potential hosts and strategically follow them, waiting for the opportune moment.

They attach themselves to a dog with what can be described as a barb or harpoon, making them considerably difficult to remove if they are feeding.

Why are Ticks a Problem?

Ticks can be very dangerous to your pooch as they not only bite and cause blood loss but carry deadly diseases such as Rocky Mountain Spotted Fever, encephalitis, tularemia, the horrible Lyme disease and even paralysis. They can literally kill your dog if not treated and are known for considerably reducing the population of deer, so a dog is no problem to them. The death of stray dogs is often from tick paralysis and infection as opposed to starvation.

Even if a tick isnt carrying a disease they can still be a major problem for your pet. When they make and open up a wound to feed they continue to inject saliva in order to stop the blood from clotting, leaving the cut open to infection and scarring the skin.

They are painful, uncomfortable and downright irritating, so it is important to remove them at first detection before any major damage is done. If your dog has any symptoms along with detection of a tick it is important to visit a vet in case they have contracted a disease or infection.

Detecting ticks is as easy as simply looking through your dogs hair in a thorough manner. After walking through the woods, tall grassy areas, or often just after being in the outdoors it is important to examine your dog for ticks. If you are relatively prompt in doing so you may catch one before it starts feeding, in which case it is a lot easier to remove.

Sometimes a tick may have fed and left your dog before you even realize, although they may have left your pooch with a disease or infection. Common things to look out for that point to a tick related disease are:

Lyme DiseaseLameness, muscle pain, weakness or a reluctance to move. This is often accompanied with depression. Look out for general pain, swollenness or irregular warmth around the joints.

EhrlichiosisRunny eyes and nose, coupled with fever. Loss of appetite and weight loss. Spontaneous eye and nose bleeding. And bruising.

Despite this it can be very hard to diagnose your dogs illness and it wont always be related to a tick. You should always visit a vet if anything gives you cause for worry so they can make a professional diagnosis and give you a course of treatment. If not it could be deadly.