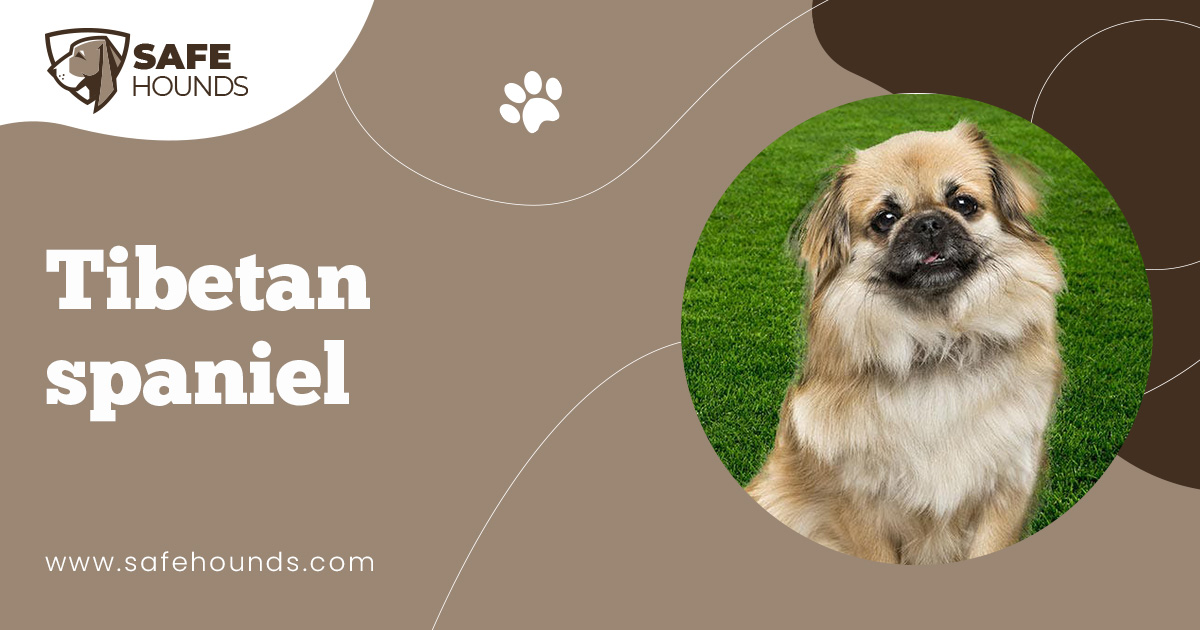 The Tibetan Spaniel is not really a Spaniel at all, a matter of fact he has no characteristics of the spaniel at all. His ancestry is shared with the Japanese Chin, Lhasa Apso, Pekingese, Pug, and Shih Tzu. He is often referred to by his nickname, Tibbie.

If you are searching for that perfect dog that loves his family, has a bit of an independent nature, and is a good watchdog then the Tibetan Spaniel is a great choice for your family. However, he is a barker when it comes to stranger approaching or other animals in the area. He was trained to warn the monks in the monastery and the Tibetan Mastiffs of approaching strangers while he lied on the high monastery walls. Therefore, if you desire a quiet breed, you can forget the Tibbie.

He does enjoy being part of the family and expects to be included. He will not do well if he is not socialized during puppyhood and if he is left alone for hours on end without any human companionship. He will protect his family at least by barking to let you know strangers are nearby, however, he still may not listen to you once you let him know the stranger is not a threat. He does believe he knows danger whether you do or not.

On the other hand, the Tibetan Spaniel is a sensitive breed and can feel your emotions. If you need to discipline your children or have a loud discussion with your spouse, it would be best to do these things away from the ears of your Tibetan Spaniel, as it will extremely upset him or her.

He has a silky double coat, which is smooth on his face and on front of his legs. The coat is of medium length and lies pretty flat. The coat has a feathering on the ears back of the front legs, tail, and bottom, which also has longer hair than the rest of the body. The neck is covered with what is called a shawl or mane and is more noticeable on the females. The coat color can be any color or mixed colors with white markings of the feet.

The Tibetan Spaniel has a small body that is carried proudly. He also has a small head that is in proportion to his body with dark brown oval eyes full of expression. The eyes should have black rims. The ears are pendant shaped which should be well feathered. The head has a slight dome shape with a slight defined stop. His mouth is a tad undershot. Faults would include an overshot mouth and protruding tongue.

The tail of the Tibetan Spaniel should be carried in a curl over their back, which is also very well feathered. The dewclaws can be removed from both front and back feet. Hair that is present between the toes should be trimmed for cleanliness and for safety purposes.

The Tibetan Spaniel is a happy, sweet, intelligent little dog. He protects his family especially children, however, he is a bit wary of stranger. He is a barker but only when strangers are around, he hears weird noises, or when other dogs are near by.

The Tibbie is considered to be a companion family dog and thrives on the attention of all family members. They do have a mind of their own and may or may not listen. In general, if they do not see a reason to come when called they will stay put.

They love being on top of the furniture such as on lookout for any thing that might try to harm their family.

Apartment life is fine for the Tibetan Spaniel as long as he can enjoy at least two fast walks per day. A small yard for him to run and play is an added treat for this moderately active dog.

Regular brushing is important to keep all knots and tangles out of their long hair especially the feathered areas. Once a year their coat will come out in clumps. Shedding is actually average.

The hair between the toes should also be trimmed for safety reasons along with helping to keep his feet clean and free from debris.

The real origin of the Tibetan Spaniel is shroud in mystery as is many of the dogs found to have originated in Tibet. However, what we can learn about the Tibetan Spaniel was discovered by Professor Ludvic von Schulmuth. He studied the remains of several dogs found in human settlements during the Paleolithic era around 10,000 years. From his studies it shows the Gobi Desert Kitchen Midden Dog was the first in line, then the Small Soft coated drop eared hunting dog was next, with the Tibetan Spaniel following and then other dogs such as the Pekingese and the Japanese Chin. there is also another line of dogs coming from the Gobi Desert Kitchen Midden Dog, which gave us the Papillon and the longhaired Chihuahua and one more branch that gave us the Pug and Shih Tzu. There are also a few other branches that led to the Tibetan Terrier and other dogs from Tibet. Not everyone agrees with this genealogy, but it is the best guess.

This adorable little companion dog was finally seen in England in the late 1800s.