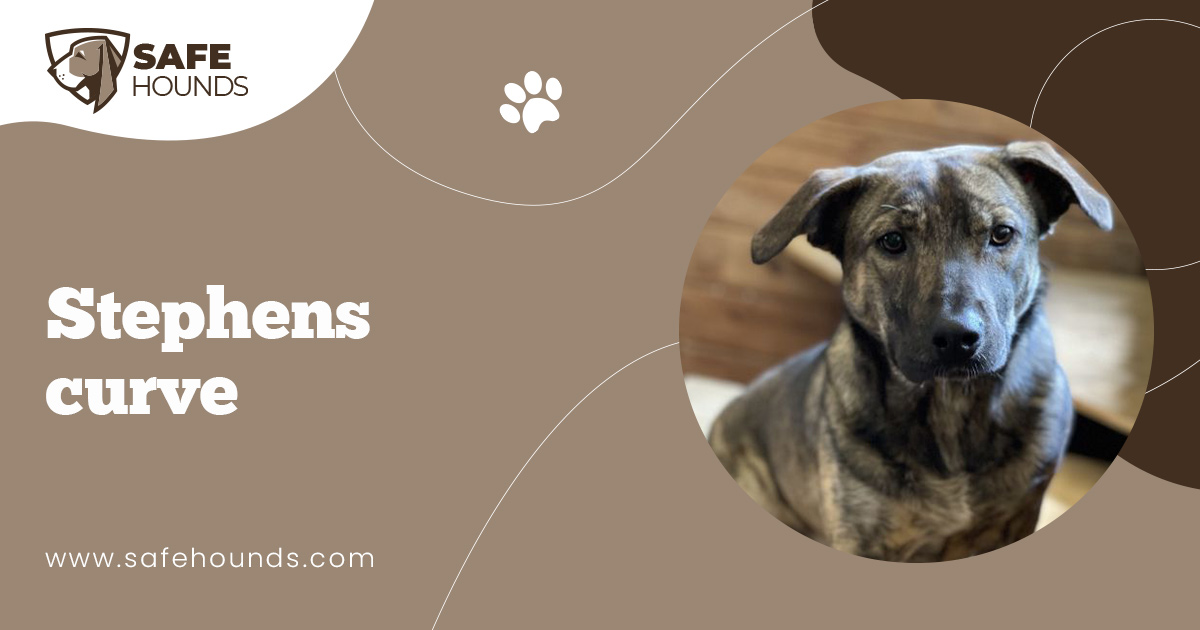 The word cur once had a derogatory connotation. Cur refers to a bastard, a crossbreed or a mangy mongrel. Nowadays, cur has a different usage. Cur refers to a group or a type of dog. Cur can also refer to a family dog. Far from being a mixed bag, different breeds of purebred dogs have the word cur in the name. Blackmouth Cur, Leopard Cur, Mountain Cur, Treeing Cur, Canadian Cur are only some of the purebred cur dogs. The Stephen Cur also known as Stephens Stock Cur is another breed that belongs to the cur group. Commonly known as little darkies, this scenthound breed was developed in southeastern Kentucky by the Stephens family. This breed was originally a strain of the Mountain Cur. Hugh Stephens was the vice president of the Mountain Cur for several years. The Stephen family has developed the Mountain Cur strain for generations until the dogs have shown sufficiently distinct appearance, temperament and working abilities. The dog was recognized as a distinct breed and was named Stephens Cur.

Stephens Cur is a small to medium sized dog. In spite of the size, the aggressive hunting style is in no way diminished. The slightly longer than tall body, the long strong legs with great propelling power allows this hunting dog to have a fast and an unencumbered movement. This breed is highly valued for its working abilities but it cannot be denied that it has an impressive appearance as well. This breed that was primarily developed to hunt loves nothing more than to chase and to trail its prey. Renowned for its ultrasensitive scenting ability, a Stephens Cur has the remarkable ability to follow hot and cold trail. This breed loves to torment raccoons, squirrels, rabbits and foxes. This is a courageous breed, able to hold a large animal at bay but it cannot stand up alone to large game. Packs of Stephen Curs are utilized to hunt mountain lion, bears and other large game. This dog continuously gives voice while trailing. A hunter will immediately know if the dog has treed or has found a prey as the tone of the baying will change.

The Stephens Stock Cur has made a name for itself as an outstanding coon hunter. This little black dog with white markings has performed well in coon hunting trials. The breed is registered with the Canadian Kennel Club and with the United Kennel Club.

A Stephens Stock Cur is a small to medium sized scenthound. A fully grown dog measures between 16 to 23 inches at the withers and tips the scale at less than 55 pounds.

This working dog has a muscular body. Forequarters with good reach and hindquarters with strong driving power allow the dog to move quickly in a mountainous terrain. With the head held high, this agile dog would move with a smooth and effortless gait. This breed is affectionately called little darkies as the coat comes only in one color black. The dog may have white markings but these markings should not be more than 1/3 of the coat. A Stephens Cur is a double coated breed. The short undercoat is soft and dense. The short outer coat can be smooth or rough to the touch.

The broad head is well proportioned to the size of the body. This dogs muzzle is moderately broad and slightly shorter than the skull, the stop slightly sloping. Jaws are well defined. Dark pigmented lips are tight forming no flews. Complete set of white and evenly spaced teeth meet in a scissor bite. Black square shaped nose has well opened nostrils. Large brown eyes with tight and black pigmented eyelids are set wide apart. This breed has short to medium length drop ears that are set on high. The muscled slightly arched neck widens gradually from the nape to blend smoothly into the well laid back shoulders. The moderately long broad and level back blends into the slightly arched muscular loin. Deep brisket extends to the level of the elbows. Ribs are well sprung.

The exhilaration of the chase, the thrill of the hunt is the first love of this breed. Developed to be a hunter, a Stephens Cur has all the qualities a hunting aficionado could look for in a hunting dog. This is an aggressive and intense hunting dog but accustomed to being hunted in packs, this breed will tolerate other dogs. However, it should not be trusted with smaller pets. This breed is wary and leery of strangers as well. Socialization is necessary to temper the agvgressive nature of this hunting dog. These dogs, like any other breeds have individual differences. Some may not be a suitable choice for a house pet. However, a Stephen Cur is responsive to kind treatment. It would be easy to turn this hunting dog into an ideal home companion. The dog would be a good companion of the children especially if it was brought up with the kids. A Stephen Cur was developed to be a hunter thus the dog is expected to be highly energetic. The dog would make a good home companion if it is given access to the outdoors and provided with opportunities to exercise. This breed is definitely not for apartment living.

A Stephen Cur is one of the low maintenance breeds. Apart from the fact that the working abilities are valued rather than the appearance, the dogs short coat would not need extensive grooming. The coat would benefit from occasional brushing but the grooming routine would be more of a bonding moment with the dog. This breed would prefer to be an outdoor dog. The all-weather coat protects the dog from cold or hot weather. Frequent bathing is not advisable as it would strip the natural oils that weatherproof the coat.

Little Black Dogs Little Darkies these names refer to the breed of scenthound that was bred for over a hundred years by the Stephens family. This breed that belongs to the cur group was developed from the Mountain Cur. Hundreds of years ago, a cur refers to a dog of mixed ancestry. Generally, the term is used to describe an all purpose dog that were valued for their working abilities. Curs are believed to have descended from the dogs brought by the European settlers to the New World. Cur was once a generic term. It does not refer to a particular or specific breed. One particular type of cur though was highly valued by the pioneers. These dogs prevalent in Virginia, Kentucky and Tennessee mountains were highly depended on by the early settlers to put meat on the dining table and to provide pelts that can be traded for other commodities. These dogs have guarded the family and the property from wild animals and from thieves. These all purpose dogs are the Mountain Curs. Mountain Curs are believed to be the progenitors of the Stephen Cur.

Mountain Curs have been in existence in the southeastern regions of United States for over 200 years. These dogs have been a big help to the folks in these rural areas. The World War 11 years have not been kind to these dogs. By 1940s, the Mountain Cur has become very rare and close to extinction. Four individuals – Hugh Stephens of Kentucky, Carl McConnel of Virginia, Woody Huntsman of Kentucky and Dewey Ledbetter of Tennessee have started programs to restore the breed. These men organized the Original Mountain Cur Breeders Association and continued the breeding of different strains of Mountain Cur. The Treeing Tennessee Brindle and the Mountain View Cur were developed from these strains. The Stephen Cur has evolved from the strain developed by Hugh Stephens. After about a hundred years, the little black dogs have attained distinct characteristics to be acknowledged as a separate breed. By 1970, the little darkies take on the name of its developer and became a distinct breed. On November 1, 1998, the Stephens Cur was recognized by the United Kennel Club. This tenacious hunter uses its heightened scenting ability to scent both the ground and the wind. The breed is noted for being an excellent coon hunter. Hunted in packs, this courageous dog is not intimidated by large game.