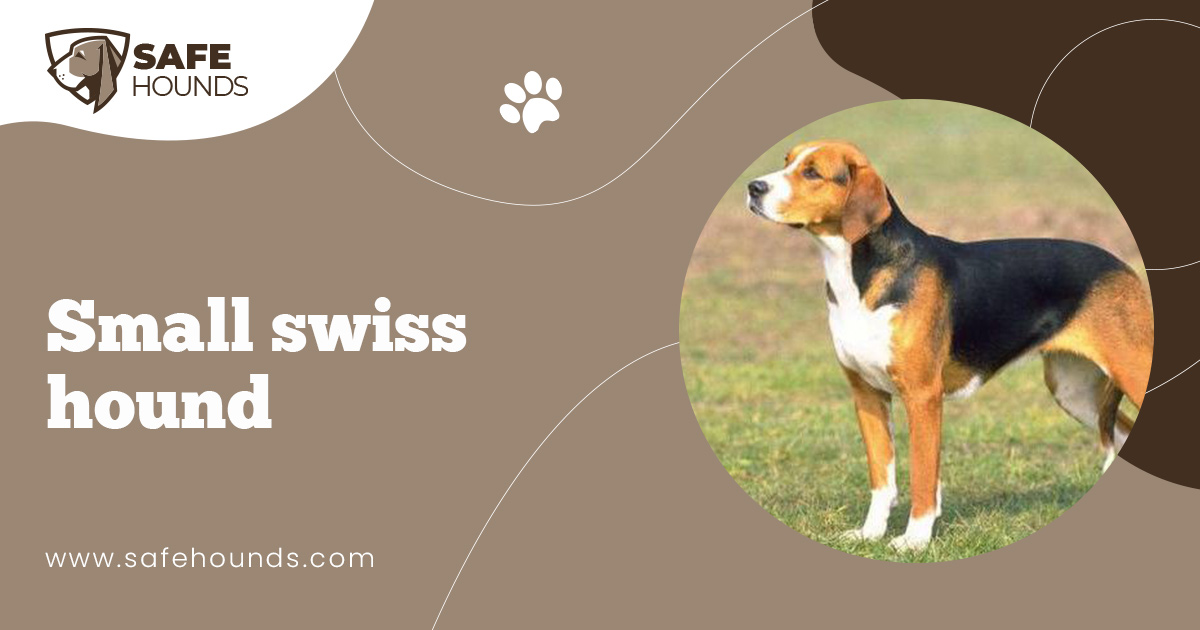 The Small Swiss Hound was developed at the turn of the 20th century when hunters in Switzerland were in need of a dog that can adapt to the newly introduced shoots or the enclosed method of hunting. As the name suggests, this breed is the reduced version of the Swiss Hound. The reduction in size was achieved when carefully selected specimens of Swiss Hounds were crossed with bassets. The goal of the crossbreeding is to create a breed that will be rather low in size but one that will replicate the attractive colors of the four variants of Swiss Hounds. The dog that will be developed must have the outstanding hunting abilities of its progenitor. This means that the new breed should have a good nose, a melodious voice as well as the passion to trail the quarry. True enough the breed that was developed is a remarkable hunter that has the ability to trail a scent for hours on difficult terrain and under adverse weather conditions.

The four variants that were developed have the attractive coloring of the progenitors. The Small Bernese Hounds can either have a smooth or a rough coat but coat colors would always be white, black and tan. The basically white coat can have large black patches or a black mantle and tan markings above the eyes, on the cheeks and ears. The Small Jura Hounds smooth deep black coat has tan markings above the eyes, on the cheeks, chest and legs. This variant can also have a white patch on the chest. The Small Lucerne Hound has a smooth coat that is basically white with grey-white or black-white speckling. The coat can also have large dark or black patches. The Small Schwyz Hounds smooth white coat has large or small orange-red or yellowish red patches.

The Small Swiss Hound is not only highly valued for its excellent hunting prowess. This beautiful breed is friendly and good natured as well. From the hunting grounds, the dog has invaded the home and has become the loyal and affectionate home companion.

The Small Swiss Hound has a very similar appearance to the Swiss Hounds except for the size. A Small Swiss Hounds height ranges from 16 to 18 inches and the weight is approximately 33 lbs. The Small Swiss Hound is a beautiful breed. The noble head is quite slender but it gets broader towards the cheeks. The skull is lightly arched. This dog has a moderately developed stop. Dark nose has well opened nostrils. The strong muzzle is medium in length and never pointed. Jaws are strong. Complete dentition meets in a scissor bite. Dark eyes with well pigmented eye rims are neither deep set nor protruding. Eyes have a friendly expression. Supple ears that are covered with fine hair are set on low and hang down close to the cheeks. The moderately long neck is well muscled. This breed has a well constructed rectangular shaped body. The back is firm and straight, loins are broad and strong and the croup gently slopes towards the tail. Chest is broad and deep, long ribs are moderately rounded. The belly is slightly tucked up. A Small Swiss Hounds tail is set on low. Medium in length, tail that is well covered with hair hangs down when the dog is at rest. The tail is carried upwards but not tilted over the back if the dog is agitated.

This breed has a taut well fitting skin. The Small Swiss Hound has two coat variants – a smooth coat and a rough coat. The smooth hair is quite short and close fitting and the rough harsh coat has very minimal undercoat. The four variants of Small Swiss Hound also have four varieties of coat colors.

The Small Swiss Hound is an affectionate breed. It forms a strong attachment to the owner and to his family. These are friendly dogs friendly to strangers, to children and even to other dogs. This breed loves children and would tolerate the rough handling of the kids. However, this breed is not for everyone as it would need a firm owner who will show the dog that he is the leader of the pack. The Small Swiss Hound is an independent breed. It will be noted that these dogs would hunt even without the supervision of the human hunter. Obedience is not one of the good qualities of this breed. Therefore, obedience training that is conducted in a positive and consistent manner is necessary.

This breed is primarily a working dog. A Small Swiss Hound would do well in an apartment as long as the master is a sports enthusiast and would take the dog jogging or hiking daily. Otherwise the best home for this breed is one with a good sized yard where the dog can run everyday with out the restrictions of a leash.

Grooming is simple for a Small Swiss Hound as they have a short easy to maintain coat. Brushing the coat once or twice every week is all it would take to maintain its good condition. This breed is an average shedder. A curry comb will not only remove loose hair but will also massage the dogs skin. Grooming sessions should include eye, ears and teeth cleaning. It is also a good chance to check for any sign of irritation, infection or external parasite infestation.

Switzerland is a landlocked country in Central Europe. Second to Germany, this country has the densest forests in Europe. As such, Switzerland is considered as hunters haven. This country is one of the sources of the worlds best cheeses as Switzerlands Alps and Jura Mountains are rich cattle grazing lands. It would not be surprising if remarkable dogs would call this country home. The Saint Bernard, a breed of guard and rescue dog, the four breeds of cattle dogs – the Bernese Mountain Dog, the Entlebuch Cattle dog, Appenzell Mountain Dog and the Great Swiss Mountain Dog as well as the two breeds of scent hound – the Swiss Hound and the Small Swiss Hound call Switzerland home.

Small Swiss Hounds are the downsized version of the Swiss Hounds. In the early 20th century, the method of hunting in preserves or enclosed hunting grounds was introduced in the Cantons (states) of Switzerland. The Schweizer Laufunde (Swiss Hound) is medium sized scent hounds but they prove to be too fast for the enclosed preserves. A need for a more suitable hunting dog encouraged the hunters and the breeders to develop a breed of smaller or short legged hound. Through careful selection, the Swiss Hound was crossed with breeds of bassets and the Niederlaufhund or the short legged hound was created. As the new breed is the smaller version of the Swiss Hound, the breed was named Small Swiss Hound.

The Swiss Hound is a breed that has been around since the Middle Ages and was believed to have been created by crossing the Porcelaine with local breeds. This breed of scent hound is noted for its remarkable strength, endurance and for its excellent scenting ability. The Swiss Hound also comes in four variants – the Bernese Hound, Jura Hound, Lucerne Hound and the Schwyz Hound. The objective in the development of the Small Swiss Hound is to create a relatively low on the leg breed. The new breed should also reflect the attractive colors of the four variants, the melodious voice as well as the scenting and tracking abilities of its progenitors. The Small Swiss Hound may be diminutive in size but the dog has all the outstanding qualities of its ancestors. The passionate desire to trail the quarry, the remarkable scenting ability, the endurance to hunt on difficult terrain as well as the melodious voice are the qualities that made this hunting most sought after by hunters in its country of origin. Similar in appearance, the four variants have different quarries. The Small Bernese Hound is primarily a hare hunter. The Small Jura Hound hunts boar and deer. Deer is also the prey of the Small Lucerne Hound and rabbits and hare are for the Small Schwyz Hound. This lively hunter is quite independent as it is known to hunt even without the human hunter. The Small Swiss Hound though is known to stay on the trail and as it is not very fast the hunter can easily follow on foot. This breed is highly esteemed by the hunters and in June 1, 1905, the first club for the Small Swiss Hound was founded.