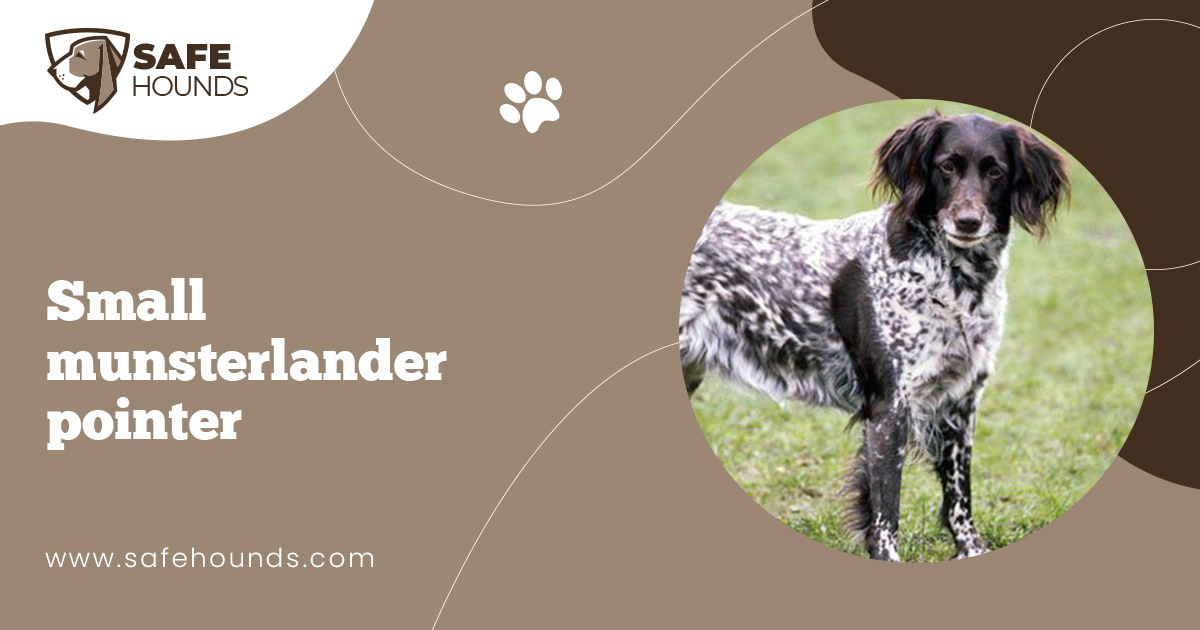 The Small Munsterlander Pointer will do better if it is not kept in a kennel. This breed has a desire to please their owners and they are happy dogs. This breed has been nicknames moonster. Some people have reported that when this breed is left alone, they will give a distinct greeting when the family returns. They are very intelligent and friendly. In fact, they tend to make friends with almost everyone they meet. They get along with children and other animals. An onwer who enjoys the outdoors and is active would be a good owner for this type of dog.

Other names for the Small Munsterlander Pointer include Heidewachtel, Vorstehhund, and Kleiner Munsterlander.

The Small Munsterlander Pointer is a breed that is white and brown. Roam or ticking variations are considered to be acceptable for this breed. The Small Munsterlander Pointer should have only moderate feathering on its under body, tail, inside of its thighs, and back of the forelegs. Around the year 1912, Herr Lons wrote about two different examples of the characteristics of this breed. One line was described as more like a setter. It was smaller and had an excellent pointing ability with excellent stamina. This was the result of line breeding and inbreeding. Because of that, most of these dogs were too frail to be used in hunting, although there were a few outstanding exceptions. The second line was a dog that was more robust. These dogs had excellent hunting abilities. Both of these lines were found to be living close to each other in little country towns in the country of Germany.

The Small Munsterlander Pointer will not do very well living in an apartment environment because they enjoy activities outdoors. They do better if they live with an active family that likes to spend time outdoors.

The Small Munsterlander Pointer originated in the country of Germany. It was formerly referred to as the German Long Haired Pointer and was used for hunting game. In the country of Germany at the time, there were various types of gun dogs and bird dogs. These dogs were interbred amongst themselves until the nineteenth century. Toward the end of the nineteenth, fanciers created a standard for the breed. Before then, the German Long Haired Pointer came in a number of different colors. However, the new standard included only the white and liver colored Pointers. Because of that, the colored pupies were given away, manily to farmers. From that poitn in history, the farmers bred the dogs not for their appearance but for their specific abilities. This resulted in the large Munsterlanders that were white and black.