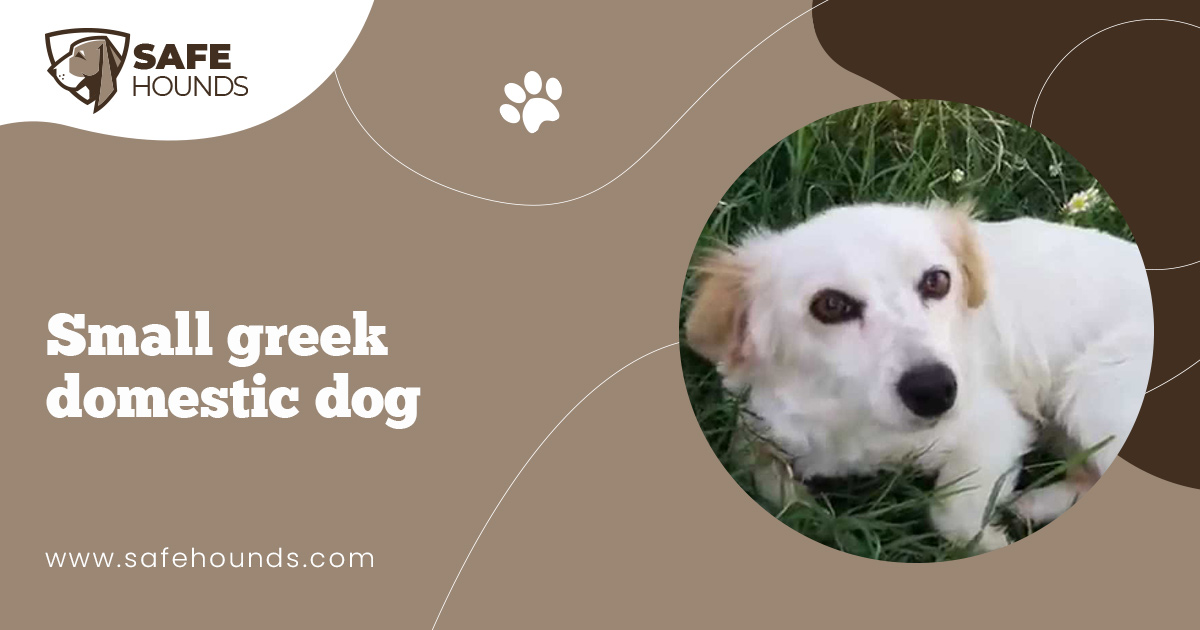 The blond Satchel was made to choose between an ex lover and Darrin. This is a test of loyalty. Who do you think Satchel would choose? Small Greek Domestic Dogs also known as Militeo Kinidio are acclaimed for their loyalty. Satchel is a dog a Small Greek Domestic Dog that played the role of the leading mans loyal pet in the 2005 movie BEWITCHED that starred Nicole Kidman and Will Ferrel.

The Militeo Kinidio is an ancient Hellenic breed believed to have been developed in Militos. This breed and the Alopekis have existed in ancient Greece and were once considered to belong to the same breed. These dogs are commonly known as Small Greek Housedogs. Although bigger in size than its Alopekis cousin, this breed is otherwise known as Honey (small) dog presumably because of its sweet disposition. Alopekis which is translated to fox is given to the breed because of its foxy appearance. A Small Greek Domestic Dog is an attractive breed, more pleasing in appearance than the Alopekis. This breed was traditionally used as companion dogs. For centuries, the breed was a favored companion of the Greek aristocracy. However, the breed has not always enjoyed such exalted position. This breed was once a stray and commonly found on the streets of Greece. This has made the dog to be hardy to subsist on whatever food it can scavenge. A Small Greek Domestic Dog is a healthy breed with no major health issues. This breed commonly lives late into their teens.

The Militeo Kinidio is a versatile breed. This small breed has many tricks up its sleeve. The dog is valued as a companion but if you have this dog you will also have in-house vermin eradicator, a watchdog and a livestock herder. This intelligent breed trains easily. The dog is obedient and enjoys human attention thus it responds well to training and commands. However, like any other companion dogs, this breed will yearn for the attention of its master. This dog is not a wise choice for a person that does not have sufficient time to devote to the dog. This breed suffers from separation anxiety. A Small Greek Domestic Dog is known to insist to sleep with its owner. A dog that is left alone for the better part of the day will manifest its nervousness by being destructive. The dog would bark and annoy neighbors. It is also possible that the pet will unlearn housebreaking lessons.

Both the Militeo Kinidio and the Alopekis belong to the ancient dogs that were commonly known as Small Greek Housedogs. During the dogs early existence, they were considered to be variants of the same breed. This notion was changed when a group of Greek cynologists have written provisional standards for both breeds.

These small dogs have very similar appearance although the Militeo Kinidio is larger in size. The dog has an average height of 15 inches and weighs between 20 and 25 pounds. This medium sized deep chested breed is often mistaken for a Cocker Spaniel or a Longhaired Dachshund. This is a large eyed breed. Very prominent and slightly bulging eyes that are either round or almond shaped have a bright and intelligent expression. Eye colors vary to conform to the color of the coat. Eye color though must never be blue or transparent. The rather long ears drop and hang against the cheeks. The short muzzle tapers to the medium sized flat and moist nose with well opened nostrils. In spite of the small size, this dog is noted for being an excellent ratter and hunter of small game as aside from being very agile, the dog is equipped with strong jaws and complete set of strong teeth that meet in a scissor bite.

A Small Greek Domestic Dog has two types of coats. This companion dog can be longhaired or shorthaired. Longhaired Militeo Kinidios are more common. The shorthaired variant appears to be the intermediate form between this breed and its cousin the Alopekis. The dense silky and wavy coat comes in all colors.

A Small Greek Domestic Dog is full of character. Did you know that this dog has the tendency to act to sigh and to roll its eyes like human? This is a very affectionate, loving, obedient and loyal pet. Because of the small size and the appealing appearance, people would instinctively opt for this breed to be their home companion. This energetic and playful breed gets along famously with the children. This is an amiable breed but it is also very territorial and leery of strangers. For such a small breed, the dog has a loud bark. Socialization started at an early age is necessary. Despite the size, the dog has the tendency to show an aggressive temperament against other dogs. Because of the size the dog is a suitable choice for an apartment dweller. However, it would be necessary to take the dog on daily walks.

Militeo Kinidio is a low maintenance breed. Even the long haired variety would not require an extensive grooming routine. Grooming the dog once a week would be sufficient to maintain the good condition of the coat. Frequent bathing will not be necessary either. The dog has drop ears. This type of ear is not air dried. Regular ear cleaning is necessary to prevent ear infection from developing.

The Small Greek Domestic Dog is an ancient Hellenic breed that is commonly kept as a companion dog. It origin is unknown although it was believed that the breed has been around since the 17th century. Keeping these dogs as companions of women and children was presumed to be a tradition in ancient Greece. Small dogs of similar appearance were portrayed in pottery and amphorae. Narrow necked jars used to hold wine and oil were decorated with the image of this dog. A horizontal band of sculpted figures of these dogs were used as wall decorations in homes and in classical buildings. A circa 3000 BC vase from Thessaly now displayed in Athens Museum has an engraving of similar looking dog.

This is one of the dog types commonly known as Small Greek Housedogs. These dogs were seen all over Greece. Small Greek Housedogs were once considered as strays. These little dogs were seen roaming the streets of villages, towns and cities belonging to no one but used by everyone as they are known to perform various tasks. The dogs are excellent ratters. They have hunted and provided meat for the dining table and have functioned as all around farm dogs that guard and herd livestock. The Small Greek Housedogs is a friendly lot. They are often seen in the company of children playing with the young ones and even escorting them to school. These dogs were always eager to serve. Although considered to be strays, some of the dogs were kept as house companions. Developed through natural selection, these hardy dogs can survive in whatever scraps of food they could find.

These ancient canines were recognized rather late. Larger breeds of herding dogs were given more importance and these small ones were practically ignored for years. In the 1980s, a group of cynophiles started researching the Small Greek Housedogs. These dogs were separated into two categories. Small Greek Housedogs slightly differ in size. The smaller variant is long haired and has erect ears. The other has a larger body, short haired and has drop or semi folded ears. The short haired variety was given the name Alopecis. The long haired type is believed to be developed in Militos thus it was known as Militeo Kinidio or Melitaia Kynidia which means little dog from Melitos.

The Militeo Kinidio commonly known as Small Greek Domestic Dog is a cousin of the Alopecis. Of the two types of Small Greek Housedogs, the Militeo Kinido is more attractive and believed to have retained its original form. This breed has retained its temperament and working abilities thus the dog became the choice of aristocracy. During the ancient times, these dogs were seen wearing bejeweled collars and escorting ladies and the nobility. The Small Greek Domestic Dog has gained a regional popularity. These small dogs are now gaining acceptance outside its country of origin.