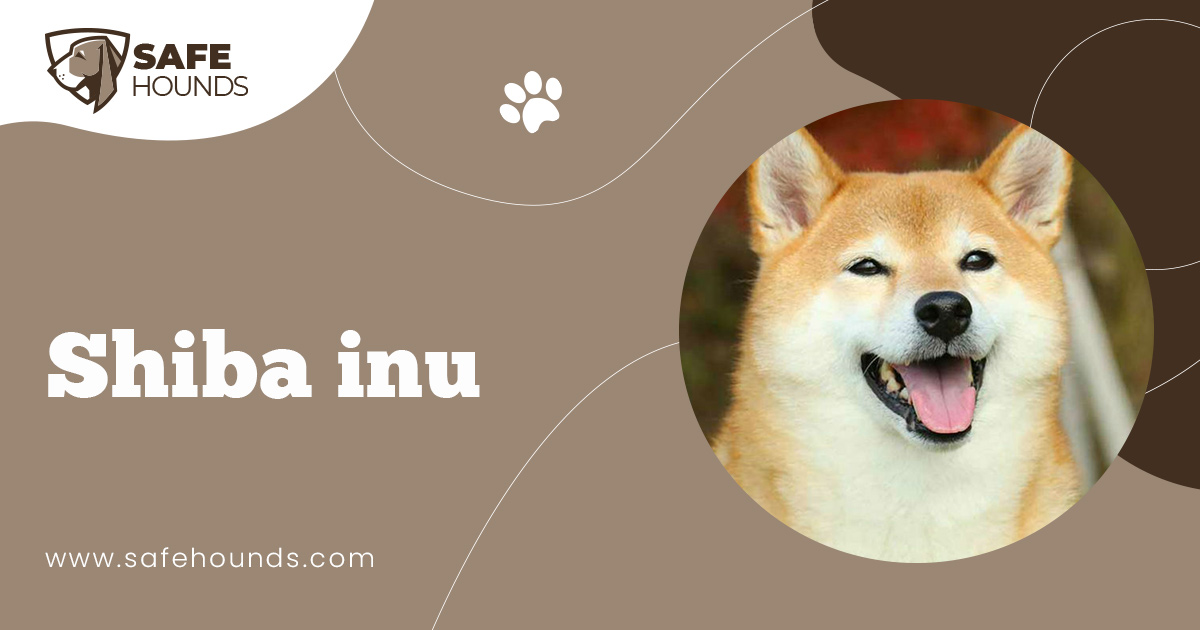 Of the six different breeds from Japan the Shiba Inu is the smallest and was originally bred to hunt. It has simularites to the Akita but much smaller in size.

Inu is Japanese for dog but shiba is not quite understood because the word shiba means a type of red shrub. No one is quit sure if they were named that because of their hunting in the shrubs or because of their coat color which is red which resembles the shrub. It may never be known the exact reason this name was chosen. It also has a meaning of small which would describe them to a T. So, somewhere someone came up with the nickname, Little brushwood Dog.

All colors of the Shiba Inu is acceptable, however, the most popular is the red or red with black. The next is the black with tan markings. Though no matter what color they should have the white markings on their cheeks, muzzle sides, throat area, the underbelly and chest. These dogs have a double coat which is similar to the coat of the Husky. They are a quick little dog because of the hunting origin.

When you decide you want one of these dogs make sure you have a supply of food on hand for yourself, because you will need a lot of energy to keep up with him! Owning a Shiba Inu isnt about owning a dog but about a way of life. He will take over your bed and your favorite chair or couch. He will make everything about him so get used to it. You will need to watch him as well because he will chew on everything, from your favorite slippers to your computer wires. If he cannot be trained to leave it alone you may have to crate train him.

Your Shiba Inu has a very beautiful double coat. They come in several colors and the red coat is the favorite. The other colors include red sesame or sable, black and tan. There should be the presence of white on their legs, belly, chest, and sides of their face and tail. If you have a Siba Inu that has pinto colors they will not be allowed in the show ring.

The size of the Siba is around 14 to 16 inches and they weigh about 18 to 25 pounds. The females are about 1 inch smaller.

Their double coat is straight on the top layer while soft and thick underneath. The undercoat is blown twice a year and the amount of the fur is tremendous considering their small size. The female will shed before and after they have come into season, but the time in between they will not shed as large amount.

For their size, they have a thick neck and very muscular bodies. They have thick tails that are carried over their backs, curled.

The males really show their masculinity, in the same way as the females do with being feminine. They will strut their stuff letting you know he thinks he is regal. The female knows she is beautiful and she will strut, showing off. They are very athletic dogs and love to play. You can see when they run how muscular they really are. You will want to be able to feel the ribs and hips but you do not want them to show. Keep them fit but not fat. If they get enough exercise, you will not have to worry about it at all.

The Shiba Inu is a very independent dog and very intelligent. You may have a conflict when training them because they are stubborn. Practice makes perfect, especially at a young age. They will eventually learn if you are persistent. The independence is a trait with the Shiba Inu breed. While some of the Shibas will always have to be on a leash, some will stand by their owner for life.

One thing that truly defines this breed is the Shiba Scream. This is a loud, high-pitched scream often said sounds like a tortured woman or child. They will do this when provoked or very unhappy.

The Shiba is a very clean dog and you can see that when they are constantly licking themselves as much as a cat would. They do not like puddles and will walk around them if they can. This helps in housebreaking as well. They housebreak fast and at times have taught themselves. If you give them a little area they can call their own outside and put them there after naps and meals they will soon learn to go there. These are the two traits of the Siba that make them a popular breed wanted by many. Now just to get them to pick up after themselves!

DNA has confirmed that the Shiba is one of the oldest and most primitive breed. They are a ancient breed and many think they are mixed with the Chow Chow and Kyushu blood. Being brought over to America almost two thousand years ago from Japan. Six distinct breeds came out of the original dogs. The Akita and the Shiba Inu are two of them.

The Shiba was the mountain dog and they could get into areas even a human couldnt access. They were used for hunting to flush out birds and small game. This many believe is where they received the name brushwood dog. The war was a bad time for the Shiba and were almost to the brink of extinction, however, shortly after the war breeding programs were implemented which brought them back.

The breed was given the name in 1920 and in December of 1936 the Shiba was designated as a precious natural product of the Japanese and given official recognition. The appearance has changed just a bit since from the Shibas of 1939. The hunting dogs appearance was rough looking and large boned compared to the ones you see today.

The Shibas popularity has grown in the United states as well in the last few years. Many families get them for pets and not for hunting even though hunting is one of their talents. Some of the other talents include, tracking, watchdogging, guarding, and performing tricks for their owners. The Shiba is a great performance dog in the show ring and you will be proud of him if your going to enter him or her.

When you decide this is the dog for you, then the next thing to decide is whether it will be for a companion or to show. Once you make your decision, look at various breeders before you purchase. The most important is to make sure you buy from a reputable breeder only.

These are a great family dog and right now they are ranked as the number one family pet in Japan. They make great little watchdogs for you, as well.