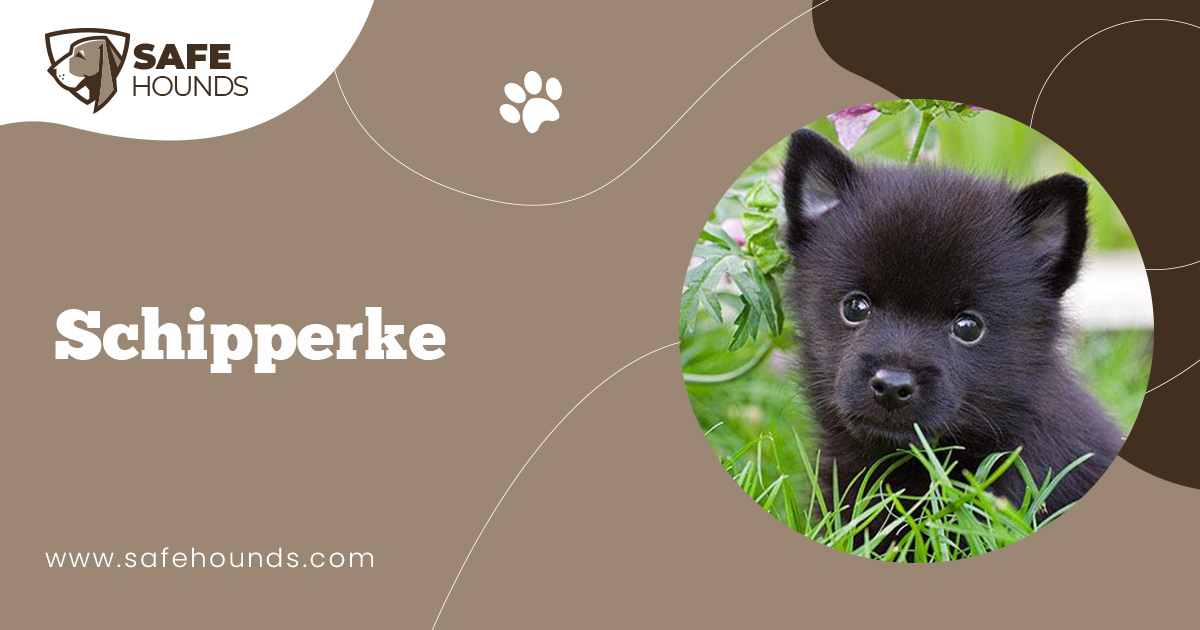 The Schipperke dog is dog that many people wish to own as it does make a good family pet. On the other hand, they might be wary about strangers and may protect the family. They are fun to have and they like being out on the boat if you have one. Having one of these dogs can be an exciting addition to the family.

They need to be exercised as much as possible. This dog does not tire out so they will keep going for hours on end. Try taking them out to the park or outside in a fenced in area. They have a tendency to wander off, so keep a watchful eye if you do not have them in a fenced in area or on a leash. If you have a Schipperke in your home, they will not pay much attention to their surroundings when they are ready for exercise, therefore breakables may not withstand their playtime.

This fluffy little dog will be by your side no matter what. They become attached to their owner and form a bond like no other. The Schipperke becomes so attached to his or her owner that they protect them without regard to their own safety. This does not matter if they are up against a human or a wild animal. They protect at no cost for their family and owner.

The Schipperke breed has been around for thousands of years and now they are known for being a wonderful companion dog for a family or for just one person. Therefore, if you are thinking of getting one of these dogs then you are in for a time of your life. They can be mischievous and have a wanderlust nature, so, you are in for a ride of your life with these wonderful dogs.

The Schipperke is a dog that is small, has no tail, and has a thick double coat with a ruff around his neck. The color for these dogs is pure black and if being shown in the American Kennel Club it is the only color accepted. Otherwise, this breed can come in shades of tan and fawn. The hair on their face, ears, front of the forelegs, and on the hocks is shorter than the rest of their hair. Their undercoat is soft and smooth while the outer coat is harsher.

When viewing this dog from the side they look square. Their chest is wide and should reach their elbows. Their face resembles a fox. Their eyes are dark brown in color and have an alert and questioning expression on their face. They have triangular ears that are erect and small. When this breed is born with a tail, the tail is docked. Their nose is always black in color. Dewclaws are always removed from their front legs and should also be removed on their hind legs, as well. They have a slightly arched neck and sloping back. They have a well-built body that from side view looks square.

The Schipperke breed is very energetic, high-spirited, hot tempered, and also protective. They can be wary of strangers, but when it comes to children, they are devoted and loyal. This breed is the type to get close and bond with its owner. This dog will protect their territory no matter what if it is against two legged or a four- legged intruder. This dog is great with cats and other dogs that may be around. This breed is good to train because of them being very smart.

These dogs are good for apartment life and can be wanderers. So, make sure to have a fenced in yard when they are outside running around.

Grooming for this dog can be pretty simple. With their medium length coats, make sure to brush regularly with a firm bristle brush. They shed little but the coat Blows which can be up to 3 times a year for females. Males and Spayed females do it less. This means that all the undercoat drops out in about 10 days. It can take two to three months for all the hair to come back and they might look naked without their hair.

This dog needs plenty of exercise. Make sure to let them outside to run around or take them to your local park to enjoy more exercise as well. They are active indoors, so they might run around the house to get some exercise.

Schipperkes have been bred in the Flanders region of Belgium for centuries. They are a relative of the Spitz family. They were used as barge dogs on the canals and rivers of Europe. They have also been carriage dogs and ratters because they are so fast on their feet. Their name actually means little boatman in Flemish.

In some ancient writings of a monk named Weneslas, he referred to a small black dog that was common in Belgium. He called it a little black devil. So, harsh of words for such a little cutie! They were owned by many of the locals such as shop keepers, the tavern owners, hunters, tradesmen and many more. They were popular dogs with country folks as well as the city folk. They were used as companions and watch dogs as well as verminators! They also started to be trained as trackers and herding dogs. These dogs are the smallest of the Belgian herding Dogs. They are still some herding ones around but not as many as there were throughout their history.

The Schipperke can say they were the first to have a specialty show. The Brussels Shoemaker guild would have beauty contests for their dogs. You would see them walking around with their little black dogs showing them off. They even had special gold collars made for them to wear during the show. The collar with the most decorated design won, not the dog. You can still see these collars in the Brussels museum.

It was the British who imported a large number of these dogs. So many were imported, they started a Schipperkes Club in 1888. Even though they were popular in Belgium and England, they were starting to dwindle at an alarming rate.

In 1889, the first Schipperke was imported to the United States. The breeding of the Schipperkes began when they were directly imported from Belgium in 1920.

Therefore, history goes on to say there are several thousands of Schipperke in the American Kennel Club today with very high standards that the Belgium began.