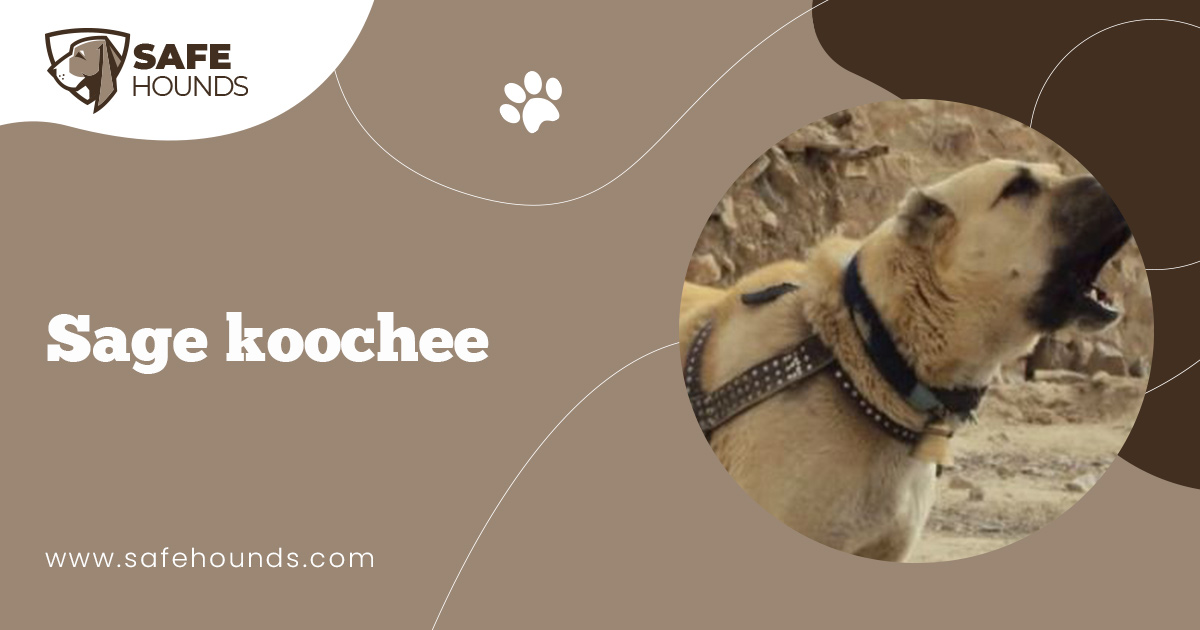 The massive giant dog with the cropped ears, docked tail and massive muscular body is seen traveling with the Koochee caravans through the ancient routes in the mountains and deserts of Afghanistan and Central Asia. The dog is a Sage Koochee, only one of the many dogs hailed as the Dogs of the Nomads. Also known as the Central Asian Shepherd Dogs, these dogs history is intricately entwined with the history of the race considered as one of the earliest transhumance participants. The nomadic Koochee tribes highly depend on these tough and vigilant dogs to guard their livestock from wild animals and to safeguard their belongings and caravans from thieves. For centuries, these people have developed a breed that is fierce and courageous, highly intelligent to be able to function and perform its tasks with the least training and supervision. These hardy dogs are noted for their unmatched stamina. A Sage Koochee has adapted to the extremely low and high temperatures. These dogs have to keep pace with the caravan even on very little food and water supply. By showing their fearless aggression, the dogs may be able to scare off predators but there are instances when these dogs have proven their worth in fighting thieves and intruders.

Developed through natural selection, Sage Koochee dogs have a highly diversified appearance. These dogs differ from region to region. However, all dogs are equipped with a coat type that allows the dog to regulate its body temperature. These large densely coated dogs are expected to be overwhelmed by desert heat. However these dogs have the ability to limit their exertion to conserve their strength. The dog may appear sluggish and uninterested but beware predators and thieves! With tremendous speed and agility, this indolent looking dog would suddenly spring if it has sensed danger to the flock or to its masters property.

The Sage Koochee was developed through natural selection. Because no specific breeding programs were used in the development of this breed, individuals would commonly differ from each other. This large dog has a molosser-like build. Males generally weigh from 88 to 176 pounds and stand from 28 to 35 inches. Females weigh between 84 to 120 pounds and measures from 27 to 32 inches at the withers. Dogs can have a wedge shaped or a brick shaped head. A bear type skull is most common in the mountain variety of Sage Koochee. This dog has a muscular dry muzzle. Ears are traditionally cropped almost to the base. Tails are docked as well to about 1/3 of the natural length. The straight topline and the front and hind legs give this breed a square shaped appearance. A distinct feature of this breed is the dark spots that cover the body, the abdomen, the inside of the mouth and the bridge of the nose. Coat color, coat type and length vary from one individual to another. This bred has a long thick neck that is loosely covered with skin and hangs from the base of the jaws to the chest. The neck is densely covered with smooth under wool. Generally, the backline has rather long wiry hair. Slightly longer hair covers the rest of the body.

A Sage Koochee can be classified into three types – the mountain type, the desert and the steppe types. Dogs living in the higher elevation of the Pamir mountain range are very large and heavy coated dogs, steppe types have mastiff-like build and medium to long hair. The desert types are medium sized dogs with medium length coat and an undercoat that grows thicker in colder months. Desert type Sage Koochees are further classified into lion or tiger types. A Sage Kooche lion type is a majestic dog, moving with the head held high as if proclaiming to one and all its proud heritage. The tiger type is named so because of its agile, swift and graceful cat-like motion.

These dogs were developed to have an unwavering perseverance and tenacity. These ferocious dogs are trusted by the nomadic people to defend everyone and everything that are considered to be a part of its territory. Highly territorial, these dogs have the tendency to show aggression towards other dogs. A Sage Koochee is also leery of strangers. Surprisingly, the dog forms a deep bond with its family that it considers as its pack members. This dog is very friendly, affectionate and gentle especially with the children.

The Sage Koochee is one of the very few existing primitive breeds. This is a magnificent dog. People attracted by rare breeds may attempt to keep the dog in a more civilized environment. Some persevering people may succeed but these dogs were developed, brought up and would thrive in their traditional setting and that is with the Koochee people of Afghanistan, the true and undisputed authority on rearing this amazing breed.

A Sage Koochee is a working dog. Owners of this breed never cared for the coat color, for the build or for the appearance of the dog. What is of utmost importance is the dogs capacity to perform its tasks. It is highly probable that a Sage Koochee have never known the feel of a brush on its coat. Because of the rich gene pool, these dogs are highly resistant to diseases that normally afflict other breeds. This breed is renowned for its legendary health.

Nomadic culture has existed as far back as 2000 BC in what is now known as Middle Asia. In Afghanistan, these nomadic tribes are generally called Kuchi, a word presumably taken from the Persian word Koch which means migration. Guided by the stars, these nomadic tribes would bring their flocks from winter to summer pasturages and back. Caravans of Kuchi people in their baggy trousers, colorful tops and head scarves would travel the Silk Road alongside heavily laden camels and donkeys to bring the sheep, goats from the higher pastures of the Afghanistan mountains to the Indus valley. Annually, these nomads would travel the same routes moving the stock from winter to summer pasturages and back and selling or bartering their meat, dairy products, wools and carpets with grains, fruits, vegetables, kerosene, matches, guns and ammunitions along the way.

Aside from the livestock and other animals, the Kuchi people similar to other nomadic tribes would carry all their possessions. Massive, tough and strong bodied dogs are commonly seen running alongside the caravans. These dogs are highly depended on by the nomads to protect themselves, their livestock and their possessions from wild animals and from thieves. These dogs are the Sage Kooche the Dogs of the Nomads.

For centuries, the caravans of nomadic tribes of Middle Asia have continued to traverse the regular migratory routes. For centuries, the breeding of the Sage Koochee was continued as well. Natural selection has resulted to a breed with a very rich gene pool. The inevitable crossing when dogs travel from one region to another has resulted to the diversity in appearance. It would be very difficult for an uninformed eye to know if a dog seen on the northern parts of Afghanistan and on the areas around Central Asia is a true Sage Koochee or not because of the breeds varied appearance. Apart from the fact that these dogs were bred according to the preferences of the nomadic tribes, the Sage Koochee has as well adapted to their environment thus some subtle and obvious regional differences can be seen. Sage Koochee in the mountain region would be large boned and heavier coated, desert type dogs are medium sized with medium to short coats.

The Sage Koochee is one of the remaining true breeds in the world. This breed has escaped the fate of other breeds that were developed for profit. Sage Koochee has remained the same because of the isolation of the war ravaged Afghanistan. In spite of the Russian invasion, the Kooche people continued with their old ways. For years, the Sage Koochee has remained unchanged a part of the history, culture and tradition of these proud people. Sadly, the old ways of these nomadic tribes are slowly disappearing. For centuries the Koochee people that have lived off the land with the Sage Koochee dogs playing a vital part in their survival are now faced with the imminent destruction of their world. Along with the changing lifestyle, with the shrinking pasture, with the replacement of caravans with motorized vehicles, the Sage Koochi is also faced with the possibility of dying off as a unique breed. If not killed in the war, the purity of this breed will be destroyed by so called well meaning breeders trying to improve the breed to fit a kennel clubs specific standard. The Sage Koochee is a primitive breed and they should be allowed to remain that way.