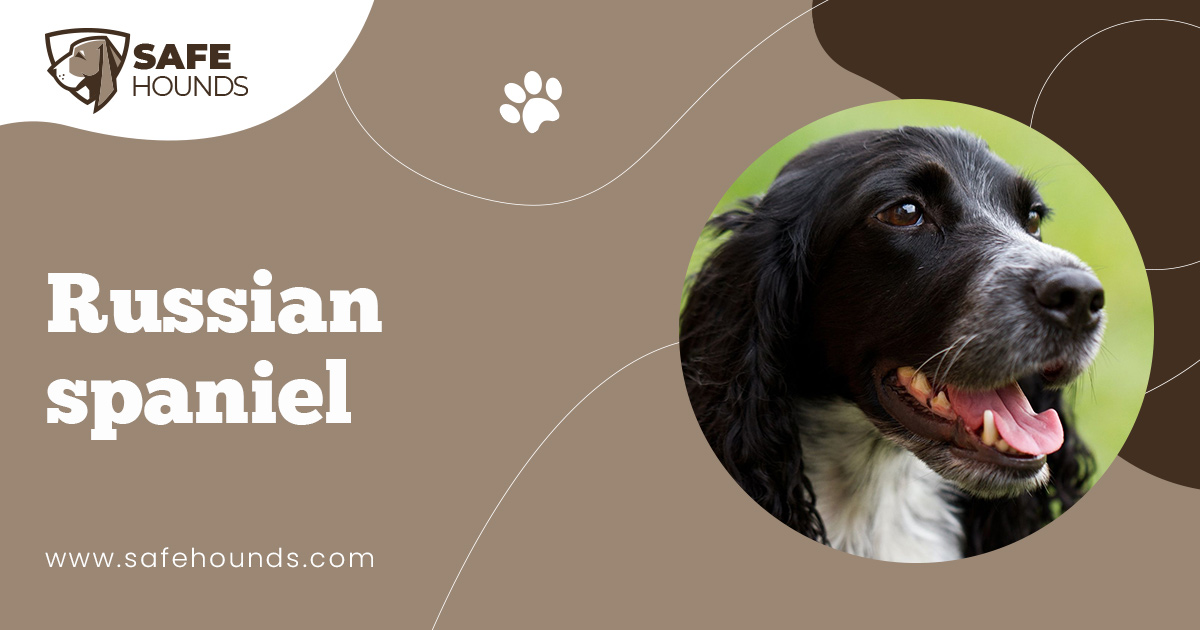 A high prey drive, the innate desire to retrieve, the ultrasensitive scenting ability, persistence, strength and immense stamina these are the desirable qualities sought by hunters in an outstanding hunting dog. The Russian Spaniel is a rather small breed but people who have come to know the dog would attest to the fact that the dog undoubtedly has all the aforementioned qualities. A Russian Spaniel needs very little training as it has an inborn hunting ability. This breed is a truly wonderful hunting partner. A variety of water fowls and birds, hare and rabbits and mountain goats are the usual quarry of this breed. With its heightened scenting ability and its sharp eyesight, the dog would find the game, point or spring and after the shot would move with alacrity to retrieve.

The Russian Spaniel is the baby among the Russian gundogs given that the breed was developed only in the 1950s from several breeds of European Spaniels imported to Russia. Being a homegrown Russian breed, this small gun dog has adapted well to the countrys hunting situation and environment. The dog has the typical look of a spaniel. The sturdy well built frame is covered with a skintight coat that is straight and shorter on the head but longer and rather wavy on the other parts of the body especially on the long droopy ears. Head and ears are commonly covered with dark colored hair. The white base coat usually has black brown and tan markings.

This breed is not only a suitable choice for a hunter because the dog also has a well balanced temperament. This is a loyal breed. The dog forms a strong bond with its family, easy to train because of its high level of intelligence and its eagerness to please.

The Russian Spaniel is a rather small breed barely 18 inches in height and weighs from 28 to 35 pounds. This breed though has a well built muscular body and long well boned legs that equipped the dog to hunt in marshes, in arid fields and in woodlands. This breed has the typical moderately long hair of a Spaniel. The skin tight hair is straight and short on the head and on the front of the legs. Moderately long hair covers the upper part of the neck, the back and sides of the body as well as the croup. Longer soft and wavy hair on the lower side of the neck, on the chest and stomach and on the backsides of the legs forms dressy fringes and featherings. Coat colors range from solid brown, tan and black, bicolor of white and black, white and tan and white with brown markings. Tricolored (black, tan and white) coats also occur. Dense elastic skin covers the well developed muscles forming no folds and wrinkles.

The small distinctive head has a square shaped muzzle that slightly narrows to a dark brown or black nose. The ears are huge, even larger than the head and covered with long wavy hair. Set at eye level, the ears hang close to the cheeks. A Russian Spaniel has expressive medium sized and oval shaped eyes that are brown to dark brown in color. This hunting dog has a moderately long muscular neck that is covered with elastic skin forming no dewlaps. The long broad and deep chest has well developed false ribs. Strong wide back is slightly sloping from the withers to the muscular and slightly convex waist. Tail is thick at the base and lushly covered with hair that forms a beautiful fringe. The tail is usually carried level with the back.

This breed is really a hunters dog but who could ever say no to a cute small dog with a kind and alert expression on its face and a friendly wagging tail? People love this dog because of its friendly nature. The dog has lots of love to give not only to its family but also to strangers. This dog would not be a good watchdog because of its very friendly nature. Amazingly, the dog has the ability to know if the stranger is a friend or a foe. The dogs lively and playful nature makes it a super companion and playmate of the children. A Russian Spaniel would be a good choice for a household with other dog pets as it is amiable with other dogs. This breed is ideal for a weekend hunter that lives in an apartment. A Russian Spaniel will be happy to laze inside the home for the greater part of the day as long as it will be taken on a long walk when the master arrives home. The dog is small but it has high exercise requirements. The dog would be happy in a house with a small yard but it will not appreciate being made to live in a dog run or kennel. This breed would need to be with its people constantly.

Unlike the wirehaired spaniels, maintenance is easy for this breed. The coat naturally repels water thus very little grooming and frequent bathing will not be necessary. Mud can cling to the coat after the dog has hunted and retrieved. Simply allow the hair to dry and brush the coat. Bathing should be done only when necessary. The dog is an average shedder. Occasional brushing will remove dead hair and maintain the good condition of the coat. However, the long droopy ears would need regular special attention. A Russian Spaniel is healthy breed with no known genetic health concerns. However, the dog has the tendency to be obese thus food intake of the pet must be carefully monitored. Well cared for, this breed can live to about 14 years.

A Spaniel is a type of small, long coated and drop eared gun dog. Spaniels are generally utilized to flush out game from dense brush. Spaniels have later on developed into specialized dogs. Some dogs were developed to retrieve water fowls, others to point at game and another type was utilized to spring game hunted with hounds and falcons. Spaniels have a vague origin. This dog type could have originated from the dogs brought to the British Isles in 54-55 BC during Caesars invasion. On the other hand, this dog type could have originated from Spain as the word Spaniel could have been derived from Hispania (Spain) or from Chiens de lEspagnol (Dogs of the Spaniards).

Russia has one of these outstanding types of gun dog too the Russian Spaniel. Dash, an English Cocker Spaniel was the first Spaniel to enter Russian soil. The dog was brought to Russia for Nikolai Nikolaevich. The Grand Duke is a great hunter and noted for his packs of excellent hunting dogs. In 1885, Dash was shown at the 1st dog show of the Nova Hunt Club. In 1888, the dog was again shown at the Lovers of Purebred Dog Organizations dog show in Saint Petersburg. The Spaniel was introduced to the Russians through these shows causing other breeds of Spaniels to be imported to Moscow and Saint Petersburg. At the dawning of the 20th century, Spaniel lovers have started breeding the dogs. Springer spaniels were imported to Russia and crossed with the existing breeds of mixed spaniels in the area.

In the late 1930s, a large numbers of mix bag Spaniels existed in Russia. The dogs do not fit the description of a specific breed although they are noted to share common characteristics. These dogs are commonly found in Moscow, Leningrad and in other areas of Russia can no longer be considered as Springer or Cocker Spaniel but as yet unrecognized as a distinct breed of Russian Spaniel. Nevertheless, these unrecognized dogs have spread widely and has gained enormous popularity. Aside from being excellent hunters that possess the innate desire to retrieve, the dogs small size is definitely a plus factor as it can be easily transported to the hunting sites.

These hunting dogs were in great demand. The limited numbers of existing dogs and the need for a breed that can adapt to the hunting conditions of Russia have prompted breeders to create a new breed of gun dog from breeds of European Spaniels. The formation of the Russian Spaniel spanned many years. During the World War 11, the dogs were sent along with the children to cross the Leningrad blockage. Development of the breed was continued after the war years. More spaniel types as well as pointers were imported and crossed with the existing breed. Careful selection has resulted to the Russian Spaniel that we have today. In 1951, the first breed standard was established based on the requirements specified by hunters of the Soviet Union. In spite of the breed standard, dogs with outstanding physical and hunting traits were still introduced purportedly to further improve the breed. The practice of crossing with non-Russian Spaniel breed was stopped in 1972 as the desired breed qualities were already achieved.