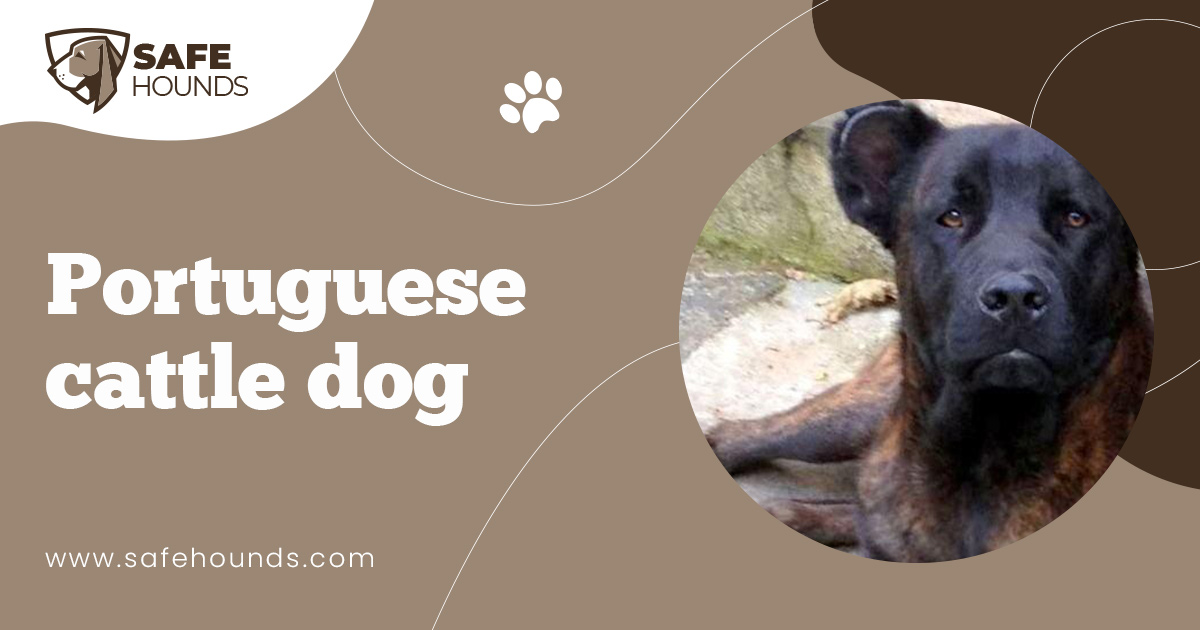 A dog owner was once heard saying that the Cao de Castro Laboreiro is the ultimate dog for the livestock industry in the same manner that a German Shepherd is for the military. This is due to the fact that this breed that originates from the northernmost tip of Portugal is considered to be one of the most favored livestock guardian breed.

The Portuguese Cattle Dog is at times referred to as herding dog however, herding is actually not the job of this breed. This breed is a livestock guard dog, one that is fearless, intelligent and very protective of the flock it is guarding. This dog is a through and through livestock guardian dog that lives with the livestock night and day. The dog would conscientiously patrol the territory always alert and ready to protect the flock from predators. This dog will rest on higher ground to be able to watch over the flock. When it comes to guarding the flock the dog makes its own judgment. A shepherd often leaves the flock to the dog, confident that nothing will happen to the source of his livelihood. This dog only obeys the master. It will never tolerate being ordered by other people. The Portugal Mountain dog is a suspicious breed. The dog would not allow strangers and other animals to get near the herd it is guarding.

For years this breed has been protecting livestock and the homes and properties of herdsmen. This is not a yappy dog but when a Portugal Mountain Dog barks it can sense something is out of the ordinary. Apart from the courage and the ferociousness, the dog has a frightening thundering bark that makes it an excellent guard dog. The dogs bark is quite distinct, starting from a low rumbling and escalating into a high pitch howl similar to that of a wolfs. A Portuguese Cattle dog has easily adapted to performing police work because of its naturally suspicious behavior.

The Portuguese Cattle Dog is a hardy breed but one with a pleasant and noble appearance. This is a mastiff type dog with a rectangular strongly built body, a fairly deep oval shaped chest a straight back and a short but well developed loin. This dog has a tucked up belly. Forelegs and hind legs are muscular and with well developed bones. Set on high tail has a thick base. The tail is abundantly furnished on the underside and carried saber fashion over the topline but not curled over the back.

A Portuguese Cattle Dog has a rectangular head that is free from wrinkles. The rather broad skull is flat on top. The long muzzle tapers from the eyes to the nose. Black pigmented lips are close fitting. The dog has an evenly spaced complete set of white teeth that meets in a scissor bite. This dog has a large nose with well opened nostrils that is always black in color. The Cao de Castro Laboreiros eyes have a hard and serious expression. This penetrating look gives the dog an unfriendly and fearsome look. The eyes are medium sized, almond shaped and set obliquely. Eye colors vary from shades of brown, hazel to black. Triangular ears with rounded tips are set on high and hangs naturally close to the head.

This dog has a heavy and profusely growing weather resistant coat that often takes the color of a wolfs coat. Most dogs have striking black, mahogany and chestnut colored coats. The short thick coat is smooth but rather coarse to the touch. The head, ears and front of the legs are covered with shorter and finer hair. Coat is longer and thicker on the thighs and on the underside of the tail. Local herdsmen prefer the mountain colors (grayish, black, reddish and brown) as it serves as an excellent camouflage of the dog.

The powerful body, the penetrating and fierce look not to mention the thundering and frightening bark of a Portuguese Cattle Dog is enough to deter an intruder. This dog is really protective not only of the herd but also of the family it considers under its protection.

This dog forms a strong attachment to the herdsmen and is known to obey only its master. Unlike other livestock guardian dogs that would assist the shepherd in guarding the stock, these dogs are capable of guarding the cattle on their own, in fact the shepherd really do leave the dog alone with the herd. These are responsible and ferocious dog that would not let any animals or strangers to get near the herd it is guarding.

The dog may be wary of strangers but it is incredibly gentle and tolerant of its human family. This dog would be playful and affectionate to the children, would even tolerate the tail and ear pulling, the hugging and any other rough handling that the children would give to the dog. These dogs would always be ready to play with the children and with the other dogs in the household but when it senses danger or presence of a stranger, the dog would instantly transform to protection mode.

A Portuguese Cattle Dog would not do well in an apartment not only because of its thundering bark that would certainly irate the neighbors but because the dog is accustomed to living outdoors, with the sky as its roof. Being working dogs they would need a great deal of exercise. Daily walks in the park would not suffice. The dog would need at least a large yard preferably with children with whom the dog can manifest is guarding abilities.

The short coat of the Portuguese Cattle Dog is weather resistant and needs very little grooming and maintenance. Brushing the coat regularly with a firm bristle brush would promote the good condition of the coat and the skin. Some owners would prefer to bathe the dog regularly using a mild shampoo while some owners believe that frequent bathing will dry up the skin of the dog. Bathing the dog would really depend on the preference of the owner. Being herding dogs, feet of the breed must be regularly inspected for cuts, thorns and other foreign objects that may be lodged between the toes of the breed. Ears must be regularly cleaned and nails trimmed every two weeks.

The Portuguese Cattle dog is also known as Cao de Castro Laboreiro, a name that was taken from the place where this breed of livestock guardian dog originated. Castro Laboreiro, a village located far north of Portugal means village of the laborers. This area now boasts modern highways but it was once rocky, remote and quite inaccessible. The first road leading to the Castro Laboreiro village was opened in 1940s and before that time access to the village is through mountain paths. Due to the inaccessibility of the place the breed has remained pure. Moreover, the mountain population is completely satisfied with the dog. The Cao de Castro Laboreiro is considered a perfect dog that excellently performs its job of protecting the cattle from predators.

This breeds origin is shrouded by darkness. Legends about the breed were given but as they are not backed up by historical or scientific data these origins are considered to be pure fiction. The Castro Laboreiro dogs were mentioned as very fierce dogs in the novel A Brasileira de Prazins written by Camilo Castelo Branco in 1882. Some believed that this breed is the progeny of Estrella dogs and some native breeds that were mated long ago.

The numbers of these dogs dwindled to a handful when the village was opened to tourists who brought along foreign breeds. The Laboreiro dogs were also affected when herdsmen tried poisoning the wolves but poisoned their dogs instead. Due to the changes in agricultural methods many of these dogs were abandoned. Nowadays, these dogs have developed into excellent and affectionate home companion and the reliable working dogs of the Portuguese military forces.