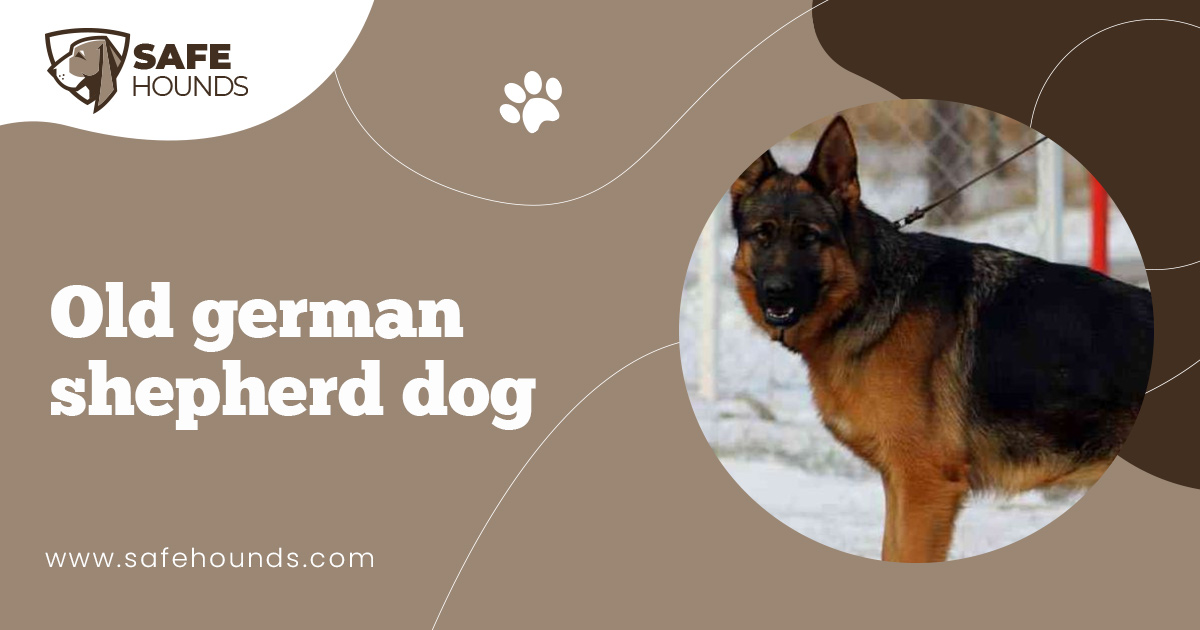 The German Shepherd Dog, a breed that belongs to the herding group is one of the most popular dog breeds in the world. GSDs are one of the most registered breeds. This German herding dogs origin dates back to 1899. This breed is highly valued in Germany and well accepted in other parts of the world. Not many people though are aware that the precursor of this outstanding breed still exists in Germany and still utilized by the German herders to tend to cattle and sheep. The Old German Shepherd more commonly known as the Altdeutscher Schaferhund in its country of origin is a breedless dog. The dog has its own standard but for some reasons, the Old German Shepherd dog is not recognized by FCI.

The Old German Shepherd Dogs are considered to be pre-standardization dogs. Because these dogs are valued for their working abilities herders and/or developers of this dog does not give importance to meeting the breed standard. Non-standard breeding was continued perpetuating a breed with excellent working ability but differs in appearance. The Old German shepherd Dog is dubbed as the long haired sheepdogs. Compared to the modern GSD, this breed is noted for its longer hair. Both the Old German Shepherd Dog and the modern German Shepherd Dog are noted for their excellent herding abilities but the Old German Shepherd being a long coated dog is most commonly chosen for herding work as the dog is better protected against harsh weather conditions by its long thick coat. Although this breed is the choice of herders, the Old GSD has the well balanced temperament of an ideal home companion and the alertness and excellent scenting ability that makes the dog a most suitable choice for police work.

The Old German Shepherd Dog was bred for its working ability. The standard was not followed thus a slight difference will be noticed in each dog but they are generally of the same size. These herding dogs measure from 22 to 26 inches at the withers and weighs from 49 to 88 pounds. This dog has a double coat – a soft undercoat and a long soft outer coat that is generally parted on the backline. This dog has bushy hind legs and bushy tail. Coat colors vary from solid black, gray, black with red, brown, light gray and yellow markings. The dog may have a mask or a black saddle.

This breed has a wedge shaped head. The nose is black. Medium sized almond shaped eyes are slightly sloping. Medium sized ears can be erect or semi pricked. Complete set of healthy strong teeth meet in a scissor bite. Well muscled neck has no loose skin thus no dewlaps are formed. The moderately broad chest is deep. The tail that extends to the level of the hock is well furnished with hair and usually hangs down but raised when the dog is excited.

German Shepherd Dog is a very popular breed but when it comes to being highly valued, the Old German Shepherd Dog would not lag too far behind. This breed is acclaimed for its working abilities. This dog that is commonly seen herding livestock has the ideal temperament of a companion dog. An Old German Shepherd Dog is loyal, highly intelligent and known to exhibit the canine eagerness to please attitude. Forming a strong bond with its family, the dog makes a wonderful companion and playmate of the children because of its friendly and gentle temperament. The dog may be utilized as a watch dog as it will announce the presence of strangers but generally the breed does not have an aggressive and vicious temperament. It tolerates other dogs and smaller pets and may even meet strangers with a wagging tail. The dog will never approach strangers with malice. An Old GSD is basically a working dog. It would thrive in a situation where it will be given tasks to do. This breed will need plenty of physical activities thus it is not recommended for apartment living. The dog can be kept solely as a pet as long as the master ensures that the dogs exercise requirements are met.

An Old German Shepherd Dog is long haired. The dog would require more maintenance than short haired dogs. Brushing though should be done not more than once a week so as not to pull the undercoat as doing so will destroy the structure of the hair. An Old German Shepherd Dog sheds continuously throughout the year but the shedding is heavier in spring and autumn. During this seasonal shedding time, the dog must be brushed more frequently to remove dead hair. Frequent bathing is not advisable. So as not to remove the oil that moisturizes the skin. Use dog shampoo in bathing the dog and make sure that the shampoo is thoroughly rinsed. Hair between the pads must be regularly trimmed as it will hamper the dogs movement especially in the snow.

German Shepherds are one of the most popular dogs in the world. These obedient and intelligent dogs can be taught just about anything. German Shepherd Dogs have saved and rescued distressed people from avalanches, from fires and from other life threatening situations. These dogs were depended on to guide the disabled, have become the reliable helpers of the law enforcement people. These versatile workers have starred in movies and in television. Most of all, these dogs are noted for being wonderful additions to the family. GSDs have everything a family could ever wish for in a companion dog.

Before the 1890s, dogs referred to as German Shepherd Dog were utilized in Germany to guard and to herd sheep. This type of dogs was bred for their working abilities rather than for their appearance thus dogs were exceptional working abilities were chosen and bred together. No efforts were made to develop a breed to conform to a standardized appearance. The focus of the breeding program is to improve the herding ability of the breed. Not much importance was given to refining the appearance or to eliminate genetic defects of the breed.

In 1899, efforts were made to standardize the German Shepherd Dog. Max Emil Friedrich von Stephanitz was the German breeder credited for setting the guidelines for the breed standard. After serving some time at the Veterinary College of Berlin, Stephanitz gained valuable knowledge on dog breeding. His interest for the German herding dogs with a wolfish appearance spurred him to develop a breed that would be a better working dog but one with a standardized appearance. In 1899, the first dog named Hektor Linkrshein was purchased. The name was changed to Horand von Grafrath. This dog became the foundation dog for the German Shepherd Dog that we know today. Horand was mated with local dogs of similar appearance, with admirable working abilities and noted to be free of genetic defects. This breeding resulted to a standardized breed that was given the breed name German Shepherd Dog. German dogs that do not fit the standard are still in existence. In spite of the varied appearance, these dogs are valued for their working abilities. These dogs with no definable breed were referred to as the Old German Shepherd Dogs or Altdeutscher Schaferhund. German herdsmen value the working abilities of their dogs thus the breeding for the non-standard line was continued. This breed has its own standard although as mentioned, the dogs vary in appearance. The Old German Shepherd Dog can come in any length of smooth, shaggy or wiry coat. Coat colors can vary from tan, blue brown or black and the ears can be erect or semi erect. What is most important though is for the dogs to have the exceptional ability to herd sheep and cattle. Ninety percent of the herding dogs in Germany are Old German Shepherds. However, because of industrialization, herding work is getting scarcer. This outstanding herding breed is in danger of extinction. The Old German Shepherd was listed in 2008 by Germanys Society for the Conservation of Old and Endangered Livestock Breeds as a breed that is in extreme danger of extinction.