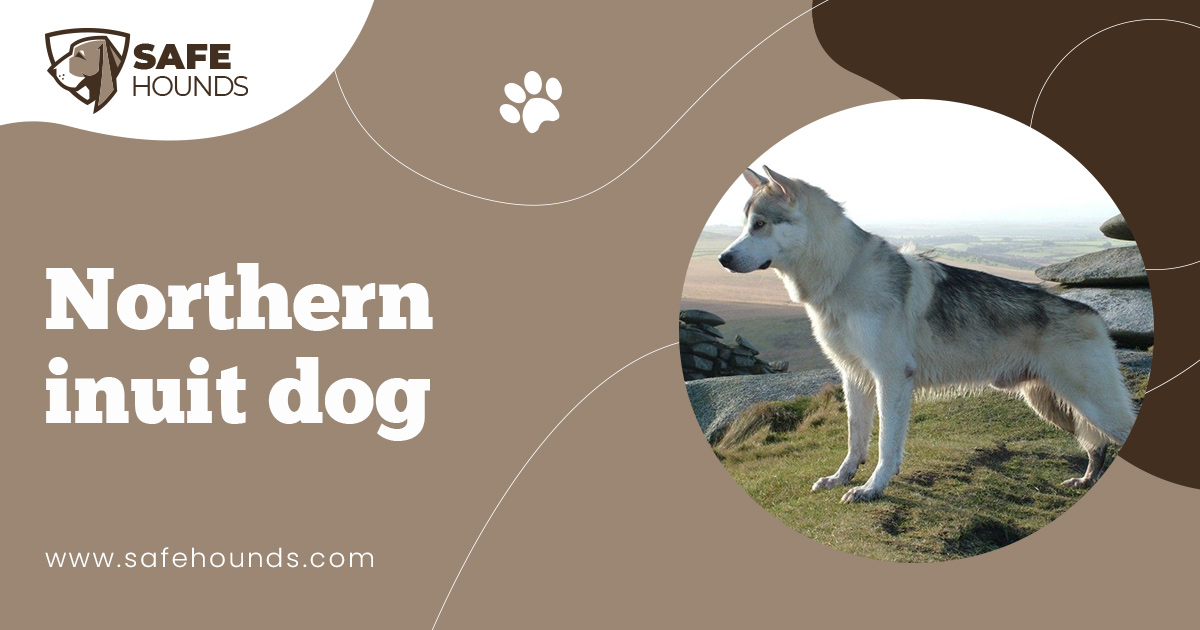 Wolves have always generated attention. These animals have a mystic and mysterious appeal. Despite the near impossibility, some people of adventurous spirit would always want to have a wolf for a pet. A wolf in the home is not a viable option. These dogs after all are feral dangerous. This is the reason why some people have settled on wolf hybrids. Wolf hybrids may not be as ferocious as the wolves but it can never be denied that these hybrids would still be intimidating to some people. In 1980s, a breeding program to develop a breed that has the looks of the wolf was started in Great Britain. The Inuit dog, a breed believed to have developed from the mating of a wolf and an Inuit dog, the Alaskan Malamute and the Siberian Husky were the foundation stock for the breeding program that resulted to the development of a wolf look alike, a breed that was given the Northern Inuit Dog despite its non-northern origin.

So are you one of the many people fascinated by wolves? A person walking a wolf would surely gain admiring looks. At the same time, a lot of people would scurry fearing for their lives. A feral wolf after all would be feared. The Northern Inuit looks pretty much similar to a wolf from the body build to the glorious coat and the alert expression. However, this breed does not have the feared temperament of a wolf. This breed in fact is noted for its well balanced temperament. Wolves are pack oriented, a Northern Inuit Dog is a loyal and very protective family oriented dog.

Northern Inuit Dogs are eager to please. These dogs that train easily are noted for their excellent sense of smell thus they make excellent search and rescue dogs, guide dogs for the deaf and the blind, PAT dogs and most of all, these dogs make loyal and loving additions to the family.

The Northern Inuit resulted from a programmed breeding aimed to develop a breed that would have the impressive appearance of a wolf. The Northern Inuit Dog is a wolf look alike. Similar to a wolf, this dog of medium to heavy build has the smooth effortless and easy gait of a wolf. This breeds not too broad head is well proportionate to the body. The skull that is rather broad between the ears tapers down to the almond shaped eyes. The wide set brown, amber or yellow eyes have an alert, inquisitive and friendly expression. This dog has a sloping stop and flat cheeks. Medium in length, the muzzle that appears to be snippy is gently tapering to a black nose. Winter noses are seen in some specimens. The jaws are strong. Black lips enclose strong large teeth that meet in a regular scissor bite. This breed has the strong straight body of a wolf that appears to be slightly longer than tall. The topline is level from withers to croup. Deep chest has large but flattened ribs. Not too large ears are erect and set wide apart. The neck is medium in length but proportionate to the overall size of the body. The strong well muscled neck is moderately arched and has a well defined ruff. When moving, the neck is slightly extended giving the dog a proud bearing. Set below the topline, the well furred bushy tail hangs down to the hocks when the dog is standing at rest. Tail is carried higher when the dog is alert or moving. The Northern Inuit Dog has a dense double coat that is harsh in texture. The undercoat is soft and dense, the outer coat is rather long. The hair is short on the head and legs and longer in the body. The hair gets very dense in winter. Undercoat is generally absent during shedding season. Shades of black, white, grey and sable are the accepted coat colors for this breed. Northern Inuit Dogs have markings that subtly blend into one another.

Northern Inuit Dogs make wonderful additions to the family as they are known for their gentle and loving nature. These dogs form a strong bond with its people. These dogs comic nature make them ideal companions and playmates of the children. An owner though should remember that no matter how small the percentage of wolf blood is flowing on this breeds veins, it is still a possibility that a wolfs feral temperament would surface. These dogs must be supervised when in the company of very young children. A Northern Inuit Dog would love nothing more than to be with its family and to be included in the familys activities. This is one of the breeds that abhor being left alone for a long time. A Northern Inuit Dog suffering from separation anxiety turns into a very destructive dog. These are very friendly dogs, they would live happily with other dogs and with smaller pets and would greet strangers as if greeting long lost friends thus they would never make dependable watchdogs. However, just with any other breed, a Northern Inuit would need socialization and obedience training. This breed is not for a novice owner. Although intelligent, the breed does have a stubborn streak. An owner has to be patient but firm in training the dog.

A Northern Inuit Dog would not need professional grooming as trimming the longish hair would not be necessary. This hair allows the dog to endure cold temperatures. Regular brushing though would be needed especially when the dog is shedding. This breed sheds heavily. During shedding season the undercoat is totally shed thus daily brushing is a must to remove dead hair.

For hundreds of years scientist and biologists have debated on the evolution of dogs. Has mans best friend really evolved from wolves, from coyotes or from other similar types of animals? The most common theory is that dogs have developed from tamed wolves. Wolves are renowned for their ferocious nature. People would be less trusting of these wild animals. However, a wolf cub would be as adorable as the puppy of a domesticated breed. Orphaned wolf cubs are often raised and tamed by people. Wolf puppies that were tamed would be less dangerous than wild wolves. These tamed wolves would retain the high prey drive and the heightened instincts that would made them excellent hunters. Having been exposed and accustomed to living with people, these tamed wolves have evolved into outstanding home companions. Wolves tamed or otherwise have always fascinated people as these rather mysterious animals have an appealing appearance. This is probably the reason why some individuals have thought of creating a breed that will have the beautiful appearance of the wolf but at the same time will exhibit the temperament of an ideal working or companion dog.

Inuit dogs have existed for thousands of years. This dog type has been the dependable work horse and the loyal companions of the Inuit people. It is believed that these dogs have wolf blood flowing in their veins. Legend has it that the Inuit people have purposely staked out their domesticated bitches to be mated with wolves. The objective is to developed hardy dogs that have the wolves endurance to harsh living conditions and at the same time have the ideal obedient and loyal temperament of domesticated dogs. Through selective breeding and careful culling, the Inuit dog was developed, a hardy breed that is capable of working for hours in extremely cold temperature. The dogs are obedient, loyal and manifest the eagerness to please attitude.

The mysterious wolf has always been a source of fascination. Wolves have prominently featured in the evolution of man. Cave drawings have depicted early man hunting with dogs closely resembling wolves. Although people are generally intimidated by wolf hybrids it can never be denied that some would not have second thoughts in owning and raising one. Because of this attraction to wolves, some breeders in Great Britain have thought of following what the Inuits have done by importing Inuit dogs and breeding them with Siberian Husky, German Shepherds and Alaskan Malamutes. Years of programmed breeding has resulted to the creation of a breed that while closely resembling the wolf has the gentle temperament of the domestic dog. The Northern Inuit Dog is one of the breeds with a misleading name. Developed in Great Britain this breed is not of northern origin.

The Northern Inuit Dog has the characteristics of the ideal companion dog. These intelligent dogs train easily. Northern Inuit Dogs were trained to be search and rescue dogs, PAT dogs and guides for the deaf and blind. These dogs have also excelled in agility competitions.