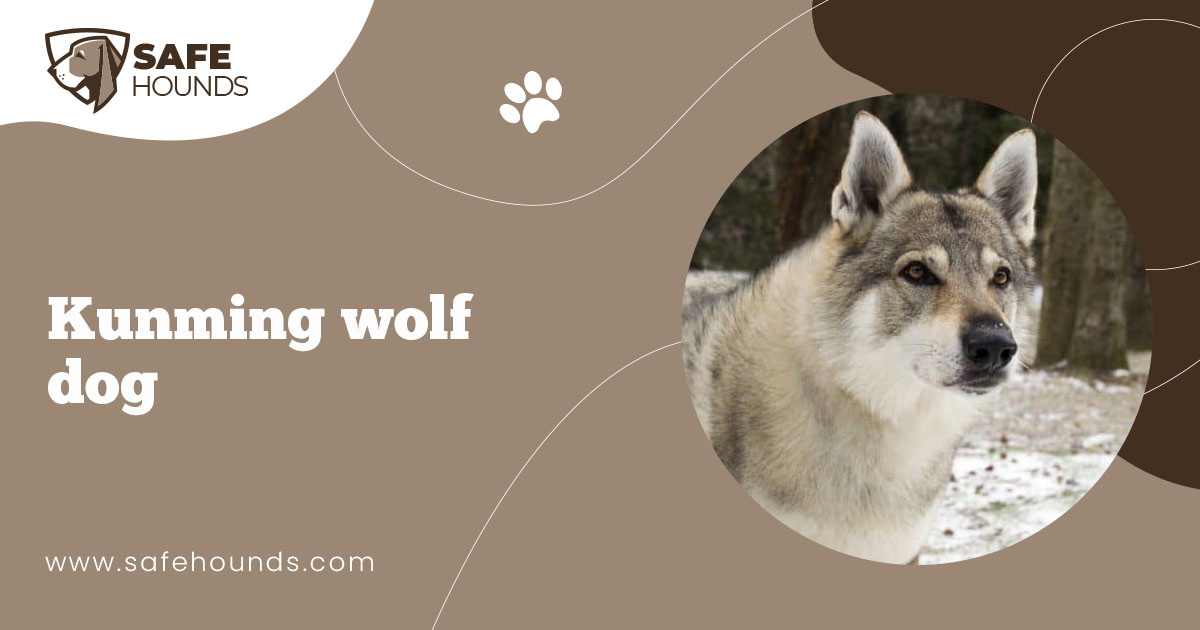 In 2006, China sent two police dogs to the United Nations Peacekeeping Forces (UNPF) as aid for the organizations missions. The dogs will be utilized to locate and detect landmines in Lebanon. The dogs were utilized by road construction soldiers. Two minutes after the dogs were deployed and put to work, landmines buried about 12 inches on the ground were located. Dogs of the same breed were trained by the Bureau of Public Security in Guangzhou Municipality to detect odors and scents associated with bombs. The dogs will be utilized to ensure security by locating bombs in the training and competition venues for the 16th Asian Games held in Guangzhou, China. These notable dogs are Kunming Wolf-dogs, the wolf-dog hybrid that was developed in China. This breed has a mixed gene pool. Aside from the wolf-dog blood, shepherd dog blood and the blood of several other dog breeds flow in the Kunming Wolf-dog veins. This breed was named after Kunming, a prefecture level city of Yunnan, China where the breed was developed.

The breeds remarkable resemblance to the German Shepherd is not surprising given that the GSD is one of its forebears. A Kunming Wolf-dog though is taller but relatively small. The dog is noted to have a shorter coat that is predominantly black although coat colors also range from light straw to deep rust.

The American Tundra Shepherd, the Czechoslovakian Wolfdog, the Saarloos Wolfhound and the Kunming Wolfdog are only some of the recognized breeds of wolfdogs today. Some dog experts do not consider these dogs as a breed in the true context of the word. A breed has to be developed from the same breeds for many years. Moreover, a breed is expected to be consistent in personality and appearance. The Kunming Wolfdog having originated from crosses between the wolves and other breeds should be considered only as a dog type rather than a breed.

A Kunming Wolf-dogs excellent working ability is proven. This dog is famed for being an outstanding police and military dog. In recent years, the dog is continuously gaining recognition as a family pet.

Wolfdogs do not have a very distinct appearance. This can be attributed to the dogs varied ancestry. Hybrids are pretty much the same as mixed dog breeds as far as appearance is concerned. The dog may or may not exhibit the characteristics of all its ancestors. A Kunming Wolf-dog for instance has the German Shepherd Dog as one of its forebears thus it would not be surprising for this type of wolfdog to closely resemble a German Shepherd. This dog though is taller but a bit smaller than a GSD. This wolfdog measures from 25 to 27 inches and weighs from 66 to 84 pounds. This is a large breed. The dog has a large head, large round eyes and large triangular ears that are set on high on the large round head. Loose skin covers the thick neck and the muscular body. The dogs powerful well boned legs have small cat like feet. A bushy tail curls up high especially when the dog is excited. The coat is shorter than that of the German Shepherds. This breed has only one acceptable color combination for the coat. The body should have a light to dark tan coloring and a black saddle. The long narrow muzzle should be black as well.

A Kunming Wolf-dog is a rare breed. This wolfdog is becoming popular these days as many people are fascinated with rare breeds. This dog though is definitely not for everyone. This dog can be a good companion but the rather unpredictable temperament of the dog must always be considered. These are highly intelligent dogs. Training them would never be a problem especially if the training was started early on in the dogs life. But to be able to live comfortably with this breed, a lot of time and attention must be spent to socialize and to obedience train the dog given that this breed would be more demanding than an average dog. Kunming Wolf-dogs are powerful and focused dogs. This is the reason why they make outstanding police and military dogs. However, a well socialized and a properly obedience trained dog would get along well with the children in the family and would consider the kids as their little masters. The dog would tolerate other dogs as well.

A Kunming Wolf-dog is most probably a very healthy breed having been selectively developed to be military and police dogs. Because of careful breeding programs the breed is free from genetic health concerns. A Kunming Wolf-dog has a life expectancy of about 12 to 14 years. This breed was specifically developed to be a working dog thus the breed is expected to have high exercise requirements. These dogs are mentally stimulated by challenges and thrive best if provided with opportunities to let off steam through strenuous activities. This is why apartment living is a big NO for this breed. Long walks and romping in a big yard would ensure that the dog will not turn into a destructive animal. A Kunming Wolf-dog needs very littler maintenance. An owner of this dog can get away with occasional coat brushing to remove dead hair and to distribute the natural oils that moisturize the coat.

Dogs these days come in varied sizes and exhibit an appearance distinct from each other. But would you believe the theory of scientists that majority of present day dog breeds have evolved from wolves? About 15,000 years ago, humans have tamed wolves and different breeds of dogs have evolved when humans have started breeding wolves. Continued selective breeding created entirely new breeds. Selective and careful breeding programs were continued either to create an entirely new breed or to improve the qualities or the appearance of an existing breed. Wolf hybrids are one of the breeds that were created. A breed that was created through the mating of a dog (Canis lupus familiaris) with a wolf (Canis lupus lupus) is commonly known as a wolf hybrid or a wolfdog.

The Kunming Wolf-dog is a wolf-dog hybrid. This breed resulted from a cross between a wolf and an established breed of dog. Wolves have a reputation for being savage animals. The most common objective of dog/wolf crossing is to create a super dog, a dog breed that will manifest the outstanding qualities of both the wolf and the dog. In the 1950s, a breeding program was started in Yunnan, a far southwest province of the Peoples Republic of China to meet the need for military dogs. The objective of the program is to develop a breed of dog that will be used by the military. Because the province is rather low on military type dogs, a number of dogs of different breeds were gathered. Ten wolf dogs were taken from a K9 military training program in Beijing, 50 household dogs were acquired from Kunming and 40 others of similar type were procured from Guiyang, a city in Guizhon province. These dogs were trained in Kunming, Yunnans capital. After the training, 20 dogs were selected from the 90 civil dogs. These 20 along with the 10 wolf dogs from Beijing and the 10 shepherd dogs imported from Germany became the foundation stock from where the Kunming Wolf-dog was developed.

The Kunming Wolf-dog is now being widely utilized by the Chinese police and military. Because of the dogs exceptional activities, it is highly valued not only as a patrol and guard dog but also in the maintenance of peace and order. The dog is a most valuable helper in search and rescue operations. Because of the dogs exceptional sniffing ability, it is has become a most efficient police helper in bomb and narcotics detection. In 1988, the Kunming Wolf-dog was officially recognized as a breed by the Chinese Public Security Bureau. These dogs are mostly kept for police and military works although the breed is slowly gaining recognition as family protection dogs and as pets.