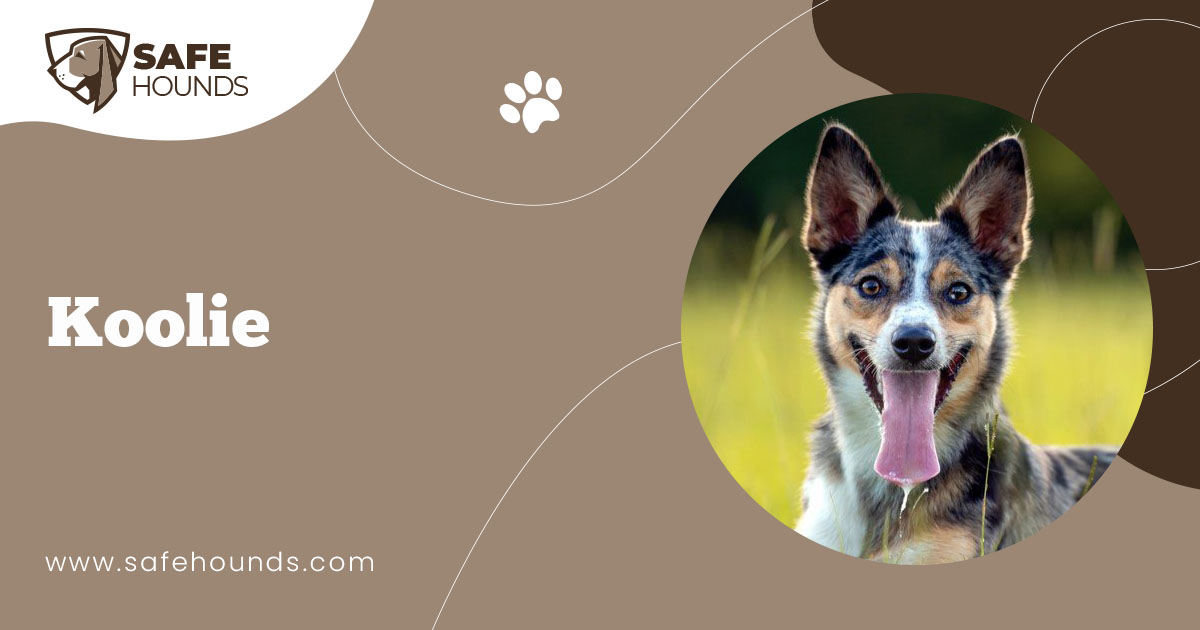 The Koolie just like the other breeds of stock dogs are highly valued by Australian farmers and graziers. The reason why the breed is not associated with Australia is because of its rather confusing name. The Koolie is an Australian home grown breed but it is popularly known as German Koolie. Moreover, the dog was not recognized because the men and women responsible for its creation specifically developed a breed that would work excellently by adapting to the rather harsh terrain and unfriendly weather conditions of Australia. The Koolie was bred for work and not for show. Thus the breeders and owners never felt the need to register the dogs. This breed is a tireless worker, one that will keep on working until it drops because of the sheer love of performing the assigned task.

Several theories explain the probable origin of the Koolie. The most plausible though is the one that points to German Tiger as the breeds ancestor. German Tigers along with other breeds of working dogs were imported to Australia in the 1800s. The Koolie is believed to have existed for more than 160 years. This breed is considered one of the oldest breeds in Australia. However, the Koolie is basically a reemerging breed given that it is not really recognized as a breed. This excellent worker was then known as German Koolie. Because of the rather inappropriate name, the breed is not associated with Australia, its country of origin. After the Koolie Club of Australia was formed in 2000, the first task is to drop the German from the name and to adapt the koolie spelling.

The Koolie has a diverse appearance. This breed may not have the impressive conformation of show dogs but its look is not unappealing either. Rather than for its conformation, the Koolie is highly valued for its working abilities. This is an excellent herding dog. A Koolie silently rounds up the sheep and drives the flock back to the grazier. This tireless worker is a pro at cutting out sheep and a dependable hand during lambing time. This fairly healthy breed has an average life expectancy of 18 years.

Developers of the Koolie have wanted to create a breed with working qualities that would excellently adapt to the Australias working conditions. The breed that was developed has indeed adapted to the terrain and climatic condition of the land down under not only in working abilities but in conformation as well. This breed has a very diverse appearance. Dogs in New South Wales and on the north of Queensland are noted to be tall and medium boned. These very agile Koolies are utilized to muster Brahma and Simmental Cattle. Koolies in the mountain regions of New South Wales and in the Hunter Valley region are thick set and rather low on the feet as these working dogs are utilized to flush out cattle from low lying bushes.

A Koolie measures about 15 to 22 inches at the withers and weighs from 21 to 44 pounds. The build of this breed is similar to that of a Border Collie. Coat of this breed comes in a variety of colors. A Kollie with a solid black or a solid red coat is often mistaken for a Kelpie. Some dogs may be blue or red merle and others can have bicolored (black and white/red and white) coats. It is also possible for a dog to have differently colored eyes. One eye is usually blue and the other can be black or brown. The moderately sized ears are triangular in shape and can be pricked or semi pricked. A Koolie is a medium sized dog with a well balanced conformation. These working breed has an eye catching appearance because of the unusual and distinctively colored markings. Sadly, some of these dogs are born deaf. Deafness and blindness is a more common occurrence in this breed. This disability usually results from merle to merle mating.

The outstanding working abilities of the Koolie are already established. These tireless workers though are noted for their ideal temperaments that make them wonderful family companions. Koolies are loyal, gentle and devoted dogs. These dogs were primarily developed to work the stock but they are noted for their eagerness to please their human family. This intelligent dog trains easily. The dog is not overly aggressive but they can be depended on to alert the family to the presence of intruders. Koolies are gentle with the children. This breed tolerates other dogs and smaller pets of the family especially if they were raised together. A Koolie was primarily bred to be a working dog. Thus, it is expected for this breed to have high exercise requirements. The dog is not recommended for apartment or urban life. It would take a lot of efforts from the owner to ensure that the dog is given opportunities to let off steam. Apart from this, Koolie owners attest that the dog has no road sense. A Koolie would do well in the country where ample space will give the dog the chance to run all day.

A Koolie needs very little grooming. Apart from the short coat that needs little attention, this breed shed moderately. Grooming the dog is not high on the priorities of working dog owners. These dogs after all are valued for the working abilities and not for their conformation. Nevertheless, a Koolie would benefit from occasional coat brushing if only to ensure that the natural oils of the skin is properly distributed. Working Koolies takes care of their own exercise requirements but individuals that are kept as pets must be given opportunities to expend their pent up energies.

Australia is basically a sheep and cattle country. It would not be surprising for the country to have several breeds of stock dogs as herding and livestock guardian dogs are vital to the countrys economy. The Australian Cattle Dog, the Queensland Heeler, the Australian Kelpie, the Blue Heeler  these are only some of the famed Australian breeds of dogs. However, not many people are aware of the fact that the Koolie was developed and can only be found in the land down under.

Historians and cynologists believed that all breeds have descended from other breeds. The Koolie like any other breed has descended from other dog breeds. The Koolie though has a perplexing history given that the true origin of this breed is unknown. While there are books about the Australian Cattle dog, the Kelpie and other Australian dog breeds, very few written information about the Koolie exist. Massive importation of herding and guarding breeds started after the Merino sheep was introduced to Australia in 1778. It was thought that the ancestors of the Koolie were one of the imported breeds.

The Koolie is considered to be one of Australias oldest breeds as there was a supposition that this breed has directly descended from the dogs imported by Thomas Hall. The dogs from the Hall kennels were used for the development of the Australian Cattle Dogs. But naming the breed German Koolie is not just a simple whim. The breed has always been associated with the German settlers. The German Tiger, imported to Australia in the 1800s is believed to be the ancestors of the Koolie. The German Tiger is of the same type as the Black and Tan Collie imported by Thomas Hall from Scotland and the smooth blue merle coated dogs imported from Europe. The German Tiger was described by Capt.Von Stephanitz in his book The German Shepherd in Word in Picture. This breed should not be confused with the present German Shepherd breed as the German Shepherd then mentioned, is a breed with large black or dark brown markings on a light background. It was further written that the Australian graziers were so impressed with the working qualities of the breed so that a lot of these German Tigers were imported into Australia.

The theory that the Koolie has directly descended from the German Tiger was further supported by the fact that in 1825, Elizabeth Macarthur transported a German named Joseph Pabts to care for her merino flocks. Elizabeth is the wife of John Macarthur who started the Merino sheep industry in Australia. Pabts is believed to have brought his working dogs that are believed to be German Tigers. It is highly probable that the Tigers were crossed with other breeds, the most common of which are the smooth coated Collies that are most prevalent in the central and southern regions of Australia.

The Koolie is believed to have existed for over 160 years. Because this is a working breed, breeders and dog owners usually introduce other breeds to improve the working qualities of the dog. Thus the breed is noted to have diverse appearance. The Koolie Club of Australia was established in 2000 to promote and preserve the breed. However, no bench standard exists as breed enthusiasts believe that this would only be detrimental to the development of the breed famed for its superior working abilities.