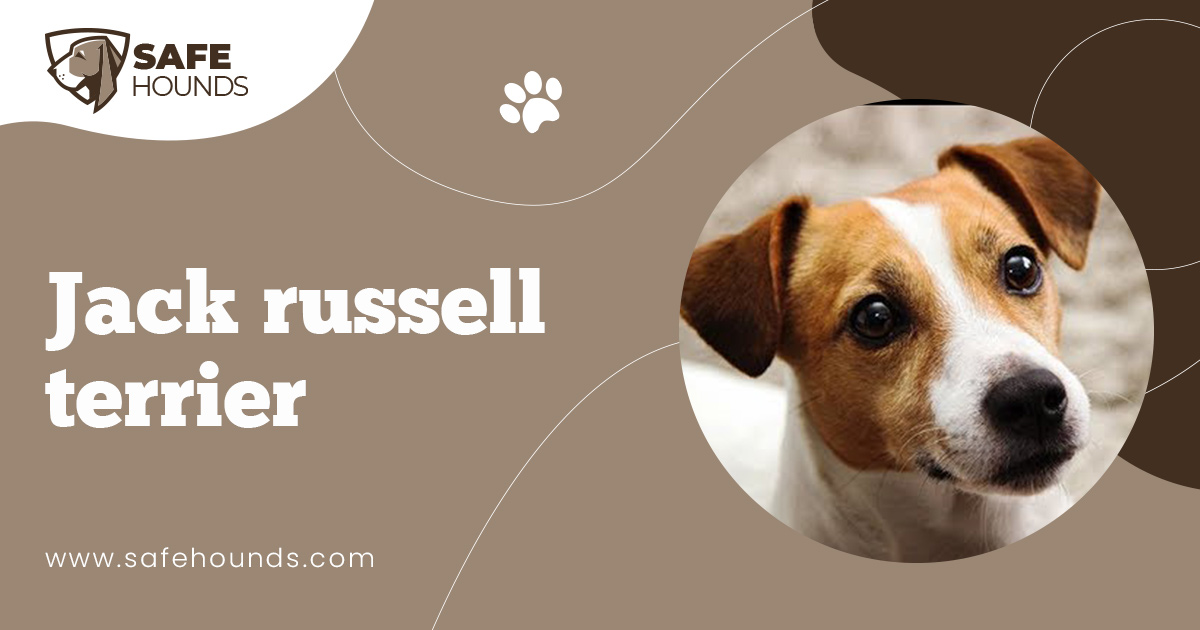 The Jack Russell, a small dog whose predominantly white coat is made more striking by black and tan markings is acclaimed for being a fast, courageous and tough hunter of foxes. However, this is not the only reason why this breed has gained great popularity. This dog is seen everywhere – in salons, in fashion shows, in offices, riding in cars and being walked in parks sporting bejeweled collars and fashionable leashes. Why do people love this breed so much?

The Jack Russell is actually a big dog trapped in a small body. In 2007, a Jack Russell had courageously saved five children in New Zealand from the attack of two Pit Bulls. George, the brave Jack Russell was awarded a medal of bravery posthumously because it had to be put down due to the sustained injuries. Wishbone, the title role in the award winning TV series is a Jack Russell and so is the patronus of Ron Weasley in the famed Harry Potter series. This breed is known to have a Napoleon complex as though small this dog would never want to be outdone. Expect this extremely energetic and inquisitive dog to be there when anything is happening.

This breed is an unsurpassed hunter of wild boar, small game and vermin. The expertise of this breed however, is pursuing foxes in narrow burrows. This breed is an outstanding underground hunter. For this, the chest of the dog should be spanned by average sized hands so as not to prevent the dog from entering the burrow. Foxes are known to fight back therefore the dog has to be brave and tough to be able to hold up to the defensive attack of the prey. A Jack Russell is a tenacious and relentless hunter, one that will follow the prey for miles, never giving up until the fox the rabbit or the hare is caught. This hunter uses all its senses when hunting. The excellent scenting ability is used to follow the scent of a prey. The dog would intently listen to the sound made by the animal and would be quick to spot the prey with its good vision.

Today, the Jacks talents are shown in varied ways. This dog has excelled in terrier hunting competitions as well as in agility competitions. Naturally the dog performs the task of keeping the household and the farms free from rodents but most of all, these merry and comical dogs have become wonderful companions.

A Jack Russell Terrier has two types of double coats – a smooth dense coat that provides protection against the elements and undergrowth and a rough or broken coat that is not woolly. The smooth coat should not be silky. Coat color is predominantly white with black or tan markings. This breed may have brown or black spots on the skin that is called ticking.

A Jack Russell Terrier is a dog whose compact body shows an apparent sturdy and well balanced image. This breed has a flat skull, a defined stop, a black nose and strong boned and well muscled cheeks. Almond shaped eyes are dark in color and show an intelligent expression. V shaped ears with moderate thickness are carried forward, dropped close to the head. This breed has powerful strong boned jaws and straight teeth that meet in a level or scissor bite. The muscular neck is of good length and gradually widens at the shoulders. The rectangular body has a level back and the loin is slightly arched. The tail that is set on high is docked to about 5 inches. This docked tail provides a sufficient handhold to grip the dog when the terrier man collects the terrier from the burrow after the fox has bolted. The tail may droop when the dog is at rest but it should be erect when the dog is on the move. The size of the chest is a very important aspect in the performance of the terriers task of pursuing a prey. The ideal chest type is one that can be spanned by average sized hands to enable the dog to enter the burrow with ease.

Who would ever say no to a dog with a fun loving, cheery and comical personality? A Jack Russell Terrier is a natural clown. This dog will never make you laugh with its quirky antics. A Jack licks walls, sleeps like an upended table with all four feet in the air, would dash all over the house with no apparent reason. This dog has incredible energy and would be a most suitable companion for an active person who would take the dog camping, hiking, fishing and of course hunting. These dogs never get tired and would still be raring to go after the master has called it a day. Jacks are spirited, devoted and loving dogs. Well socialized dogs are generally friendly and kind to children although it is necessary to teach the children not to tease or hurt the dog. This dog will not tolerate abuse from children even unintentional ones.

A Jack is not for everyone especially for an inexperienced owner. The master has to be strong willed otherwise the dog will take over and be hard to control. Being a terrier, the Jack will always look for a fight and are known to show an aggressive behavior towards other dogs. The Jack may be small but the dog is full of energy thus they would not do well in an apartment. This dog would need a few hours of exercise daily otherwise the dog will resort to incessant barking, digging, chewing furniture and basically be a destructive dog.

Both types of coats will be easy to groom. Regular brushing with a firm bristle brush will keep the coat in good condition. However, show dog would need a more extensive grooming routine. Rough coated Jack Russell Terriers would need to be stripped. Frequent bathing will not be necessary. As with other breeds, teeth brushing, ear cleaning and nail trimming must be included in the grooming routine

Fans of the Jack Russell Terrier have to thank Reverend John Russell for creating this fantastic and versatile dog. This parson who was a hunting enthusiast have always wanted to create a hunting dog that will have the stamina and the courage to pursue foxes as fox hunting was very popular at that time. In the early 19th century while the parson is on his last year at Oxford University he bought a small white and tan coated female terrier from a milkman. This female terrier that was named Trump became the basis for the parsons breeding program which has an objective of developing a tenacious terrier that will have the courage and the stamina to pursue foxes and other quarries that had gone to ground. The dog is to have tempered aggressiveness so as not to cause the quarry physical harm as this will effectively end the chase, a thing that is considered to be unsporting. John Russell has achieved his objective of creating an outstanding terrier. Dogs that came from the terrier he has developed possess excellent hunting abilities and were highly valued by hunting enthusiasts. It is highly unlikely though that present day Jack Russell Terriers have descended from lines of dogs that were the progenies of Trump. Due to financial difficulties, John Russell was forced to sell all his dogs on many occasions. When the parson died in 1883, only four aged and non-breeding terriers were left.

Trump, the progenitor of the Jack Russell Terrier is said to be a 14 inch tall dog that weighs about 14 pounds. The veracity of this statement was not verified as even though a painting of Trump exist, the painting was done 40 years after the dog has died and the painter has never seen the dog. The painting was commissioned by Edward VII who was then the Prince of Wales. The painting was homage to the creator of this wonderful breed of dog whom the prince has befriended.

After John Russells death the development of the breed was taken on by dog owners who are aware of the outstanding qualities of a Jack. These dogs were crossed with other breeds particularly with bull terriers to create a dog that would be stronger and hardier and well suited for badger digging. The dogs that were developed were still called Jack Russell in spite of the fact that they have not descended from the original line.