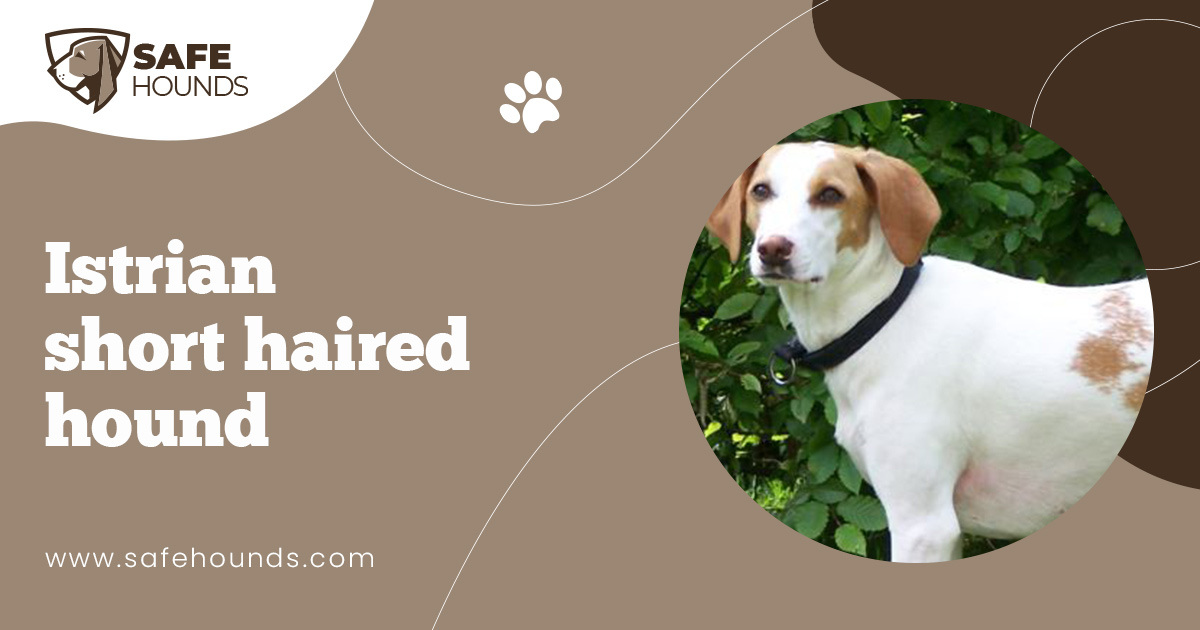 The Istrian Short Haired Hound, a dog with noble appearance is a lively and enthusiastic hunter acclaimed for its outstanding capability to hunt hare and foxes. Although a lot of dog lovers are not aware that such a breed of dog exists, this breed has been in existence for centuries in Istria and has served many hunters. This breed has also delighted and warmed the hearts of dog lovers as this breed is an excellent home companion.

An Istrian Short Haired Hound belongs to the scent hound family and as such it uses its excellent nose rather than its sight to hunt. As compared to other breeds of hunting dogs, this breed is not fast on its feet as they do not have to keep the prey in sight. Instead this breed is known for its endurance and for its booming voice. This breed will incessantly bark while following the prey. This dog would follow the scent of the prey under the cover of dense vegetation. The booming voice announces the location of the dog and allows the hunter to follow. These are hardy dogs. The great constitution and boundless stamina enables the dog to stick to the scent and follow the prey even on vast, distant and rough terrain of Istria.

The Istrian Short Haired Hound is a versatile hunting dog. This breed hunts individually, as a leash hound or in packs. For hundreds of years this breed has been used by the people in Istria and its neighboring regions to hunt. This breed has an exceptional ability to track wounded game. However, the dog has the qualities of an excellent home companion. This dog is a tenacious and enthusiastic hunter, a dog that would make its presence felt by constantly barking. Inside the home, this breed seems to have a different personality. The dog becomes a docile, calm and affectionate furry friend, one that develops a strong attachment to the family and one that is converted into a gentle and caring playmate of the children.

An Istrian Short Haired Hound is a breed of dog whose impressive snow white coat is enhanced by orange and lemon colored markings. Orange markings on the ears may extend on both sides of the head to cover the eyes thus giving the dog a masked appearance. A dog with an orange speckled ear is most prized as it is an indication that the dog is a pure breed. Lemon and orange colored spots can be found at the base of the tail and all over the dogs body. Some dogs have a totally white coat without any markings. An Istrian Short Haired Hounds skin is supple and closely fits the body without showing any folds. The skin that covers the head shows no wrinkles on the dogs forehead. The hair is short, fine thick and glossy. Some individual grow longer hair at the back of the thighs and on the tails underside. However this does not conform to the breeds standard.

This medium sized dog has a body that resembles a long legged slim foxhound. This breed has a gently sloping topline and a broad level and well muscled back. The chest is deep reaching the point of the elbows. This dog has well sprung ribs. The tail has a thick strong base and tapers towards the tip. The set on high medium length tail is curved upwards and enhances the dogs noble appearance.

The dog has a slightly elongated skull. The nose that can either be black or brown has wide opened nostrils. The long muzzle has a broad base and tapers towards the nose. This breed has a straight nasal bridge. The iris colored oval eyes rimmed with brown or black have a bright expression. The thin broad ears are set slightly above the level of the eyes and narrows towards the tip.

An Istrian Short Haired Hound is first and foremost a hunter. An Istrian hound at work is a beautiful sight. The dog has a very smooth, even and effortless gait. The wide open nostrils will be constantly sniffing the ground and the air for the preys scent, while barking incessantly to alert the hunter with its deep booming voice. This breed is truly an enthusiastic, lively and energetic hunter. But once the dog is inside the familys territory the docile, calm and loving personality will come to the fore. This dog that is noted for being an outstanding hunter also makes a wonderful home companion as it develops a strong attachment to the family. Because this dog likes children it will put up with the boisterousness of the kids and would even be an indulgent playmate.

This breed is generally good with other dogs and smaller pets. This breed may possess exemplary behavior but as in all other breeds of dogs, socialization and obedience training will be necessary. This breed has the innate canine eagerness to please attitude. They are known to be fairly intelligent so that training these dogs will not be a challenge especially if positive training methods are used.

Being a working dog and a barker to boot, this breed will not do well in an apartment. City living is not for this breed as it will require a large space to expend its boundless energies. An Istrian Short Haired Hound that is not given enough opportunities to exercise will be a destructive dog.

Care and maintenance wise, owning a short haired dog has many advantages over owning long haired ones. For one the short haired dog would not need extensive maintenance. The Istrian Short Haired Hound is a very easy breed to care for. This breeds coat will be maintained with regular brushing. A rubber curry comb will remove dead hair as well as massage the skin to promote its good condition. Brush against the direction of hair growth to check parasite infestation. While grooming the dog it would be advisable to check the ears, the eyes and the paws for any sign of injuries.

The Istrian Short Haired Hound is a very ancient breed of dog that originated in the country of Istria. This breed is highly prized in its native country because of its excellent hunting qualities. Similar to other ancient breeds, the origin of this ancient breed is beyond memory although the antiquity of the breed is evidenced by a 13th century chapel dedicated to Saint Mary in Beram near Pazin. The chapels frescoes portrayed the Istrian hound. Early 18th century paintings have depicted the short haired Istrian hound. The 1719 chronicles of Bishop Bakic of Djakovo has confirmed the distant past of the breed.

A scent hound par excellence, the Istrian Short Haired Hound also known as Istarski Karatkodlaki Gonic was exported from Istria to neighboring regions. In 1924 the first entries in the breed stud book were made. The breed was officially accepted by FCI in 1949 although the first standard was published only in 1973. The Istrian Short Haired Hound is a breed with strong constitution that has adapted well to the vast (at times inaccessible) terrain of Istria. This dog that is noted for its outstanding qualities in hunting hare and foxes is also being utilized as a leash hound. This outstanding breed that is known to be a very enthusiastic and lively hunter is calm and docile inside the home. This dog makes an ideal home companion. Today the Istrian Short Haired Hound is still utilized in Istria and in the neighboring regions for its hunting prowess. The dog is also found in homes being the affectionate companion and the lively and gentle playmates of the children.