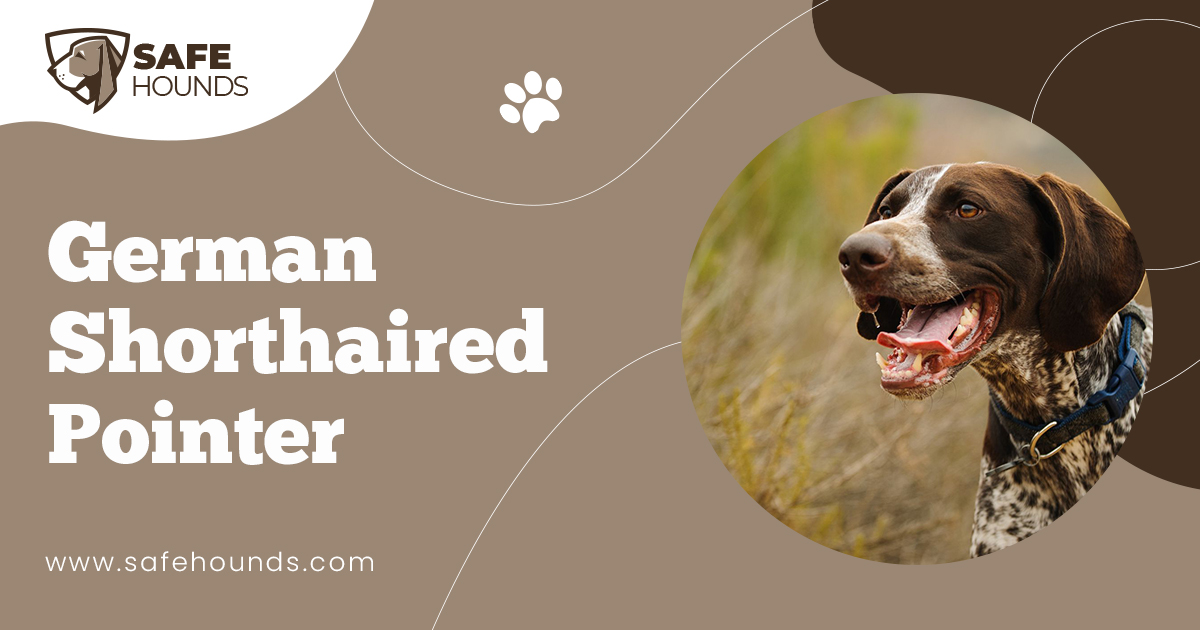 The great thing about the German shorthaired pointer is that not only is it a great hunting dog but it also a great companion to have around as well. This dog is known for its hunting ability. They also have a great stance for when the prey is found by pointing their entire body toward the prey so the hunter will know exactly where to look. The German shorthaired pointer has been the hunters friend for many years.

The German shorthaired pointer has a body build that allows them to have rapid movement with the ability to turn quickly if the need arises. They have a wonderful strong muscular body that is an extra benefit for hunting.

The German shorthaired pointer is a wonderful dog to have in your family. Even if you are not a hunter, this breed is wonderful to have around just as a companion. If they are not being used for hunting they will still need to go out and run around to get the exercise they need with such things as throwing the Frisbee or retrieving a ball. This breed is active and loves to play. This is a great dog to have in hot or cold weather, as the climate does not seem to bother them. If you are athletic or have an athletic family then this is a wonderful dog to include.

This breed has a wonderful strong structured body. This is because of their hunting background. Their muzzle is long, they have a well-chiseled head, and the length of the skull should be identical as the length of their muzzle. They have eyes that are brown or hazel in color and almond shaped. Their nose will be the same brown as their eyes. The large nose is an attribute in both the show ring and for hunting. Their ears lay close to their head and are set high on their head.

The coats on the German shorthaired pointer are sleek, dense, and as you know short. The colors for their coat should be liver and white, patched, ticked, solid liver or roan color. Their skin is tight to their body. Their tail is sixty percent docked. This means that when the dog sits, that they can actually sit on their tail. Docking of the tail is not allowed in some countries as of today. The German shorthaired pointer has webbed feet and their dewclaws should be removed.

The German shorthaired pointer is one of the most loyal and loving dogs, you can find. They love kids, their family, and they love you even more if you are holding keys, a leash, gun, or a Frisbee in your hand. This is the type of breed that will become isolated from you if they do not get the love and attention that they need from their family.

This breed will do well with other pets as long as they are raised with them from a puppy. They will also be edgy with strangers when they are around. This is not a good breed of dog for apartment living. They need a large yard to run around in and at least a 6-foot or higher fence to keep them in. When taking them on walks, you should always use a leash or they will be off and running after what every prey, they may find.

The German shorthaired pointer is an easy dog to take care of. They only need brushing regularly to keep away dead hairs. Give them a bath only when extremely dirty. Otherwise, by taking a wet cloth down their coat will keep them fresh and also keep their coat shiny and healthy. When taking them out hunting make sure to dry them off if wet to keep them from becoming chilled.

This dog is your normal type of shedder, so it is nothing major to worry over. Make sure to keep a check on their ears for infections. Also, check their feet after they have been out exercising or running around to make sure they are in good condition without cuts or burrs. The most important thing to remember with German Shorthaired Pointers is they thrive on exercise. They are use to hunting and need the exercise along with love and attention from their family. With all this, you will have your German shorthaired pointer in good shape, looking awesome and of course, healthy.

The short coat on the pointer is very easy to care for so you do not have the added work to take care of him as you would with a longhaired dog. He loves children and he is very affectionate towards them. This type of dog will run with the kids and needs lots of exercise, so it is not one to be confined for too long. If you are going to be gone, make sure he is in a kennel that will hold him. Do not leave him in just a fenced in yard because of his hunting ability he may get a whiff of something and jump the fence.

The German shorthair pointer was developed in Germany many centuries ago. The pointers were considered a cross of a few different breeds of other pointers, however, the exact breeds are not known. By the 1800s, many German breeders were trying to get it to an exact breed.

Prince Albrecht zu Solms-Brauenfels was the head of the effort to breed the all-purpose hunting dog. The Prince already owned some good pointers and other schweisshunds. It is believed the crossbreeding of these pointers along with the Schweisshunds was the beginning of the German Shorthaired Pointer.

The early Shorthairs were small and heavy in body frame. They were extremely slow and showed more signs of the hounds. Because of this, many believed that they came from breeding bloodhounds, which is farthest from the truth. Bloodhound translates to blood trail. Therefore, that only means it is a dog that follows a blood trail. Dogs of today are no longer associated with any type of bloodhound. It is said that they used English blood and added it to the breed of shorthairs and this made them faster with a more agile strong body. This in the end made them a great water-retrieving dog that loved to track.

In the 1900s, the shorthairs were imported into the United States and the American hunters loved them. In 1940, they became the recognized breed in the American Kennel Club. Since then this dog is the favorite of the weekend hunter for its training and his adaptability to family and hunting.