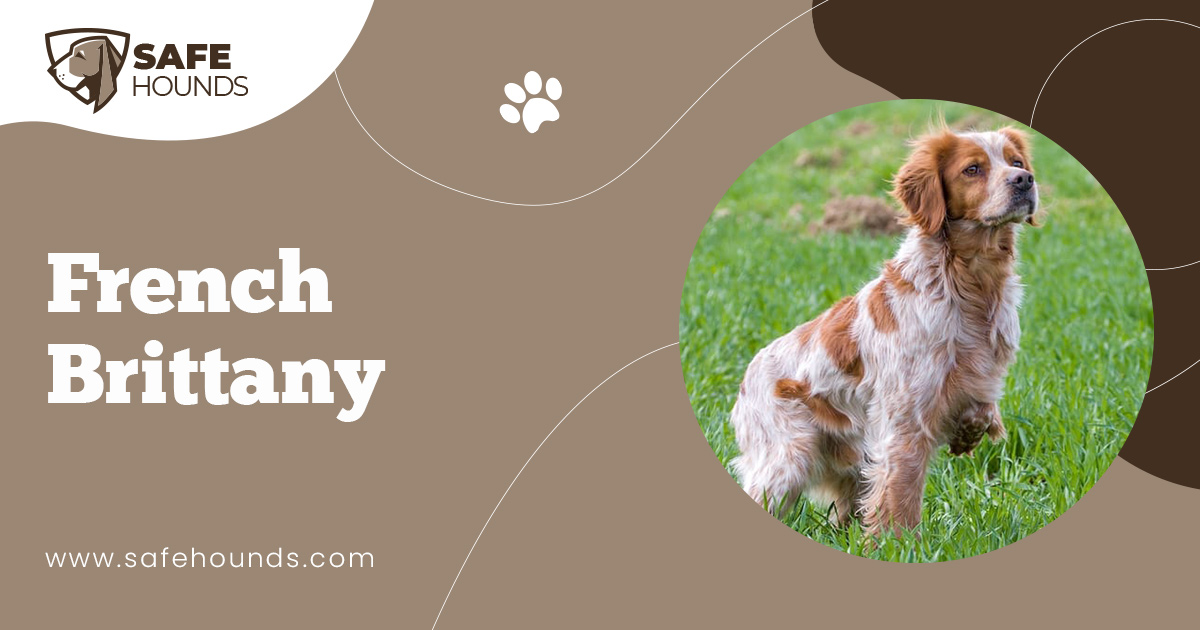 UN maximum of qualities pour un volume minimum. This was the slogan used by Gaston Ponchain to refer to the Epagneul Breton as this bird dog is small in stature but it is jam-packed with outstanding and admirable qualities. Originally developed to hunt, the French Brittany is a par excellence bird hunter. In the 1700s, this breed was developed in France from spaniels, setters and pointers. During that time only aristocratic land owners were granted the privilege to hunt. Town folks need to put fresh meet on the dining table and the only way this can be done without drawing the ire of the landowners is to obtain game through poaching. Common people need to have a small dog that can be easily followed by a hunter on foot. The dog has to be tailless so that it would not draw attention when pointing and the hunter would seem to be simply taking a walk with his dog. More importantly, the dog has to be able to crouch so that the hunter can ensnare both the dog and the bird with a net. The French Brittany has all these qualities. This highly valued dog was often affectionately referred to as the little poacher or the little crouching dog

The French Brittany is a versatile breed. This outstanding hunter is also people oriented. From being a hunter the dog has easily adapted to being a home companion. The energetic hunter can easily switch to serene mode inside the house and be the gentle, intelligent and eager to please member of the household. The French Brittany has few health concerns. This breed can live up to 12 years.

The French Brittany is a small hunting dog with a compact muscular body. This breed has an elegant appearance given that the muscular build is compact and does not give the dog undue heaviness. The development that spanned hundreds of years have created a breed with notable working characteristics a breed that has adapted well to its environment and to working in the field under varied climatic conditions.

The French Brittany has a slightly rounded skull. The straight and practically parallel muzzle tapers to a large nose with well opened nostrils. Nose color similar to the lips and the eye rims is of a color that is harmonious to the color of the coat. Complete set of healthy teeth meet in a scissor bite. Jaws are strong and cheeks are tightly fitted with skin. The heavy eyebrows and the deep set eyes allow the dog to follow the bird under prickly shrubs. Slightly oblique and somewhat oval shaped eyes have tightly fitting well pigmented eyelids. Eye color is harmonious with the color of the coat. The eyes give rise to the notable Brittany expression inquisitive, intelligent and very alert. Large but rather short triangular shaped ears are set on high with the upper part covered with wavy hair and the lower part covered with short hair. A French Brittany has a medium length, well muscled and slightly curved neck that takes the form of a truncated cone. This breed has a rather cobby body. The short straight back is well coupled, the short loin is broad and muscular. This breed is n energetic hunter. The well let down chest with its well sprung ribs allows the dog to tirelessly hunt all day. Brittany may be born with a very short tail. Tail may also be dock. Left in its natural state, the tail that is carried horizontally shows the lively nature of the dog.

A French Brittany has a fine and well pigmented skin that is rather loose to roll so that puncture wounds from briars would be lessened when the dog is hunting and running under heavy undergrowth. This breed has fine and slightly wavy coat that is short on the head and longer on the rest of the body. Coat colors range from white and black, white and orange, white and liver. Piebald or roan specimens are also seen.

The French Brittany makes a suitable companion dog. The breed has an affectionate and lively nature. It is obedient and trains easily although some specimens can show a stubborn streak. The dog is friendly with the children, with other pets and even with strangers. A French Brittany makes a poor watchdog not because of its small size but also because of it welcoming attitude towards strangers. This energetic dog has high exercise requirements thus it would not do well in apartments. A home in the country or a suburban home with a fenced in yard will provide the dog with ample space to run.

A French Brittany has minimal grooming needs. The dog is a light shedder thus there will be no need to continuously brush the coat to remove dead hair. The good condition of the flat coat can be maintained with twice a week brushing. The dog can be bathed once a month as frequent bathing will remove the natural oils and dry out the skin. Because this bird dog loves the water it has the tendency to get very dirty. The owner may need to bathe the dog more frequently. Human soaps and shampoos must not be used on the dog as it can cause skin irritation. The ears must be thoroughly checked and cleaned after the dog is hunted.

The French Brittany was originally prized for being an outstanding woodcock hunter. Breed enthusiasts have strived to develop this breed into a pointing dog that will hunt a variety of upland game. The French Brittany is now a popular game bird not only in its country of origin but also in other European countries. The Epagneul Breton as the dog is commonly known in France hunts forest grouse, pheasants, red legged partridge, snipe and Hungarian partridge.

The origin of the French Brittany is rather hard to trace. Similar to other ancient breeds, the history of the French Brittany was also lost to antiquity as no records pertaining to the evolution of this breed exist. Apparently, owners of the early specimens of the French Brittany see no need to record breed lineage. However, there were credible versions on how this breed was developed. One of which is the belief that these dogs have descended from the dogs brought by refugees fleeing from Wales during the 5th century. However, because other dogs already exist in Brittany during that time it is possible that the refugees dogs were crossed with the local dogs and produced the breed where the modern day French Brittany has descended from. This breed is believed to have been developed in Armorique, a region of France that later became the Province of Bretagne. Based on the extensive research of Gaston Phoebus, the dogs of Oysel in the Armorique region were prominently featured in the early development of this breed. These early ancestors of the French Brittany are small black or liver coated dogs that carry a short tail.

France is a game rich country. Woodcock is especially plentiful in Brittany and relatively inexpensive to hunt. It has been the custom of British hunters to bring their spaniels and setters across the English Channel to hunt. The quarantine on canines enacted in 1901, prevented dogs taken to France to return home to Great Britain. Out of necessity, the dogs of the British hunters were left in the care of Frenchmen to be used in the next hunting season. Crossbreeding between the British dogs and the French spaniels is inevitable. The French Spaniels were crossed with Gordon Setter, Welsh Springer Spaniel, English Springer Spaniel and the English Setter and resulted to the development of the French Brittany. The dog has the strength and the immense stamina of the French Spaniel and the excellent hunting abilities of its other ancestors. The French Brittany became a favored hunting dog as apart from the exceptional hunting abilities, the dog hunts in any type of weather. This dogs small stride is highly valued sportsmen hunting on foot.

An association was established in 1907 in Loudeac, France with the objective of developing and promoting the breed. The association was headed by Arthur Enaud. The first breed standard was introduced in the same year. From 1901, records were kept to systematically document the history of the breed. In 1933, Arthur Enaud took the French Brittany to America. Although the breed was accepted by the American Kennel Club official recognition was made only in 1935. World War 11 has decimated breed population. A black coat color was not allowed by the original breed standard but because of the very low number of existing French Brittany dogs, black coats were allowed to save the breed from extinction. Although originally developed as a working dog, the French Brittany has excelled in the show ring. The dog also possesses the ideal temperament that makes it perfect as a home companion.