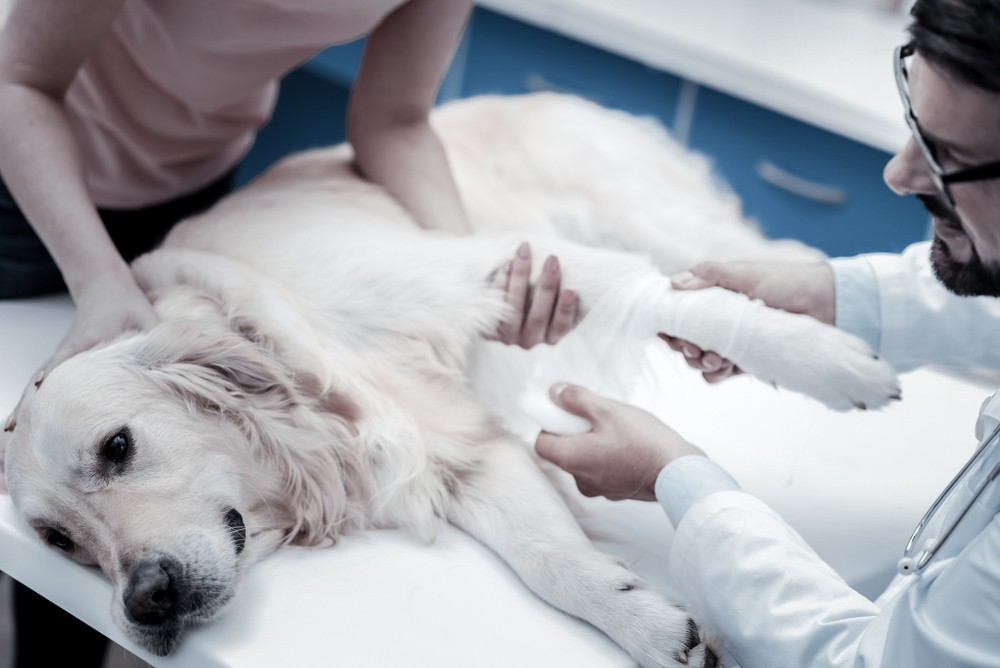 A dog afraid of being abused again by electric fences can be a danger to others. Many dogs become aggressive after going through a traumatic experience due to electric fences. Not all dogs in the world can adapt perfectly to fences that give current discharges.

The love you feel for your pet is what has probably made you look for options to help your pet. Recovery from a dog traumatized by electric shock should be taken with great patience and, of course, out of love. The aftermath of dogs is similar to that of humans, bringing sadness in some cases.

Dogs that are traumatized can even stop eating and playing and become estranged from their owners. Recovering from a trauma-ridden dog is similar to recovery from a dog being abused by other owners. Removing the electric fence is often not enough for the dog to get on with life.

Exposing your pet to an electric shock without preparing it beforehand can change the same happiness by depression. Throughout the guide, it will be necessary to talk about the causes of electric shocks and how to cure your dog. Evaluating the operation of electric fences is necessary to clarify the doubts that are had by their repercussions.

Electric Fence suggestions for your dog:

Symptoms Of A Dog Traumatized By Electric Fence

Dogs traumatized by electric fencing develop episodes of stress that are detrimental to health. The most common symptoms are the following:

Identifying and correcting the factors that are bothering the dog is the only way to regain its health. A traumatized dog can become seriously ill to death. Depression in dogs is life-threatening, so follow the advice in the guide.

How Does Electric Fencing Work?

Electric fences are made up of a set of cables that establish the limits of your pet. The cables are placed buried inside the patio, and in particular, they cause an electric shock when combined with your dog’s collar. The collar they wear has a transmitter so that the dog can detect by itself that it is approaching the edge of the yard.

When the dog does not prepare politely for the fence, it receives an electric shock that often traumatizes it. When the dog gets too close to the electric fence, the dog ends up suffering a strong shock that affects him psychologically.

How Strong Is The Electric Shock From A Dog Fence?

The secondary effects of electric shocks are the reasons for the trauma that lead the dog to become ill. The electrical shock stimulus is mild so that your pet does not die after the shock. However, some dogs may not take the shocks and begin to suffer trauma.

Dogs necessarily need to have trained so that the effect of the shock does not affect them psychologically.

What Are The Main Reasons Why The Dog Is Traumatized?

There are at least ten reasons why your dog can reject electric fencing and become completely traumatized. The psychological level of the dog’s trauma can cause it to stop feeding, become sad, or even react violently. The reasons or dangers that cause the dog to be traumatized are:

It is normal that when the dog is used to living without limits, an unexpected shock can traumatize him again and again. Electric fences should be used with prior training unless you want your dog to have traumatic episodes later. If the dog were not used to the garden’s limits, it would be very difficult for her to know a restriction rule.

Before the attempt that your dog makes to go out and the shock they receive, they can feel very sad, it isn’t kind for a pet owner to put up an electric fence without pre-training the puppy. Like children, dogs must have a learning process to assimilate the different changes in their life successfully.

A serious problem with not training your pet is that it can allow pain over and over again. Some dogs ignore the barriers and decide to cross through it regardless of the pain they feel.

If your dog were traumatized because you did not educate him previously, it would be better to start everything from scratch. Make a healthy bond with your pet before forcing it to stay locked in a certain limit. Buy a whistle and have fun workouts until your pet understands the boundaries of the yard.

When your dog becomes aggressive from the trauma, you need to call a specialist to determine what to do. A dog that developed aggressiveness after a traumatic event can become a danger to others.

In some cases, the previous training seems to have not worked, causing him to escape to the street. Dogs, in particular, can feel like a prisoner when other animals come in to disturb them. Before the marked limit, he ends up hurting himself by going out into the street without caring about anything.

You must choose a method that suits your needs, allowing it not to harm the dog. If you live in a neighborhood where there are other animals without limits, maybe you should implement other fences. If you suspect that your dog has become aggressive and has left, you should try to find another protective measure.

Dogs that cross barriers and become aggressive end up being a problem for other people. If you see that the method does not work for you, try to find another solution with more alternative fences.

Electric fences are not a danger to humans. However, they do cause pain in dogs. In particular, the dog owner believes that one shock will be enough for the dog to obey and stay. It’s horrible to think that your dog is being hurt over and over by an imaginary fence that causes pain.

Dogs, after painful discharges, show many symptoms of irritability; they can even become ill.

If your dog is in a lot of pain every time he crosses the limit, it will be better to rethink other options to adapt it. Suspend the collar for a while until the dog is no longer sad by the set limits.

Therapy For Dog Traumatized By An Electric Fence

Dogs traumatized by the electric fence often end up refusing to go on walks in the park. When the dog receives many electric shocks, it begins to fear leaving saddening with the days. Doing therapy that allows you to relax and forget traumatic episodes takes time and a lot of patience.

Generally, stress is an automatic response of the body giving as a response to the fear of crossing the limits. When the dog feels threatened, it cannot adapt to the scenarios and presents the guide’s symptoms. Dogs that are traumatized present both flight and fight episodes, becoming aggressive towards people.

The therapy to treat the trauma of a dog is divided into three fundamental parts for its recovery.

Take your dog to a professional who will evaluate traumatic symptoms caused by the electric fence. The dog owner must begin by stimulating his pet to regain confidence. The specialist will give you all the tools to make your dog a happy and tender pet again.

When the dog’s behavior puts others in danger, it needs to use medication to control it. Sensory deprivation syndrome usually develops from fear of electric fences by changing the dog’s behavior. Medications reduce the dog’s anxiety by making it easier to modify traumatic episodes.

If your dog has been affected too much by having an electric fence, you should try something else. In the market, there are several options that you can consider so that your dog leaves fear. If you decide not to eliminate the electric fence, it will be necessary to prepare your dog with encouragement and discipline.

Electric fences are a great market option when you want to keep your dogs in a safe perimeter. If the dog is not pre-fence trained, it will undoubtedly be traumatized by the electric shocks. Avoid trauma to your dog by starting with small shock corrections that only annoy him a little.

When your dog is overly traumatized, the best way to treat him is with drug products that reduce stress. Managing your pet’s fears of the electric fence requires your love and dedication. Help your pet feel good in the fence space by playing with her on edge.

Regain your dog’s confidence by helping her with everything she needs to get through the episode. The love of its owner is the best therapy your dog can receive. Give your safe dog areas within limits so that she can overcome her fears in no time.