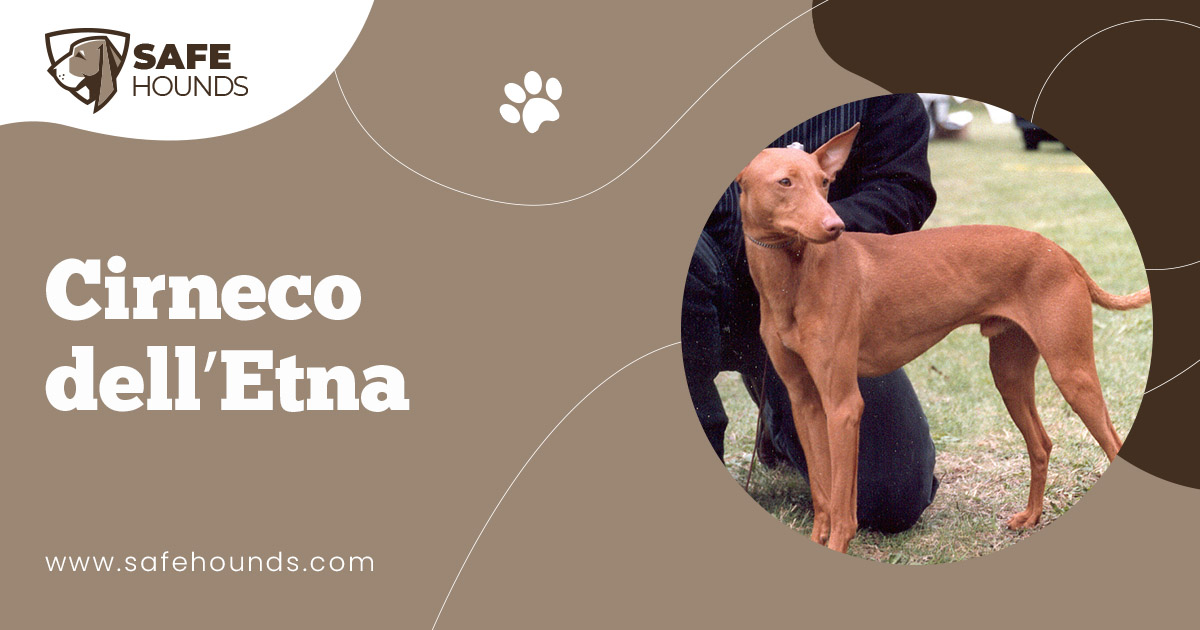 Cirneco dellEtna is a breed that is found primarily in Italy. More specifically, it is located primarily around Mount Etna. In that area, these dogs hunt around the land that was created by the lava from Mount Etna. The Cirneco dellEtna is a hound type of dog that is used to hunt rabbits. This breed stands out because it has not been manipulated extensively by humans. It is an ancient breed that has gone through few changes.

The Cirneco dellEtna stands out from many other breeds because it is able to work long periods of time in the blazing heat. Even in this type of weather, it doesnt require food or water for hours at a time. This breed has few genetic health problems. The Cirneco dellEtna is quite easy to train, more so than other related breeds. They are friendly dogs who are affectionate with people. The ENCI and also the FCI classifies the Cirneco dellEtna as an Italian breed. It is given the classification as a hunting dog of primitive origin.

At first glance, many people think the Cirneco looks like a Pharaoh Hound of the miniature variety. These breeds do look similar but a closer examination will demonstrate a number of differences.

The Cirneco dellEtna is a hunting dog. Over time, it has learned to thrive in difficult terrain. For example, it has become especially adept at hunting wild rabbits in forbidding territory. The Cirneco dellEtna has a strong temperament while still displaying the qualities of gentleness and affection.

The head of the Cirneco dellEtna is oval shaped. The nose is a rectangular shape and is quite large. Eh color of its nose corresponds to the color of its coat. The lips of the Cirneco dellEtna are thin and fine and barely cover its lower jaw teeth. The actual jaws are considered to be normally developed although the lower jaw is only lightly developed. Overall, the jaws do not give the appearance of being strong.

The cheeks of this breed are flat. Its teeth are a scissor bite and are well developed. The eyes of the Cirneco dellEtna are on the small side. They are not of an overly dark color.

The ears of the Cirneco dellEtna are positioned close together and are set quite high. They are normally rigid and erect. The opening of the ears are positioned towards the front. The length is less than half the length of the head.

The Cirneco dellEtna is a good companion dog for its family. There are many positive qualities of this breed. They are accurately described as intelligent, gentle, active, friendly and very loyal to the people it knows and trusts. This breed desires attention from its human owners although it is known to be more reserved with dogs of other breeds. With other members of its own breed, they usually get along quite well. There are some of these dogs that can be overly aggressive and shy.

On one hand, this breed is very friendly towards its family. On the other hand, it takes them quite a well to become friendly with children and other pets they are not familiar with. The Cirneco dellEtna is not an easy breed to train.

The Cirneco dellEtna requires little in the way of grooming. The coat of this breed is short and does not need much attention. The Cirneco dellEtna naturally makes a good watchdog but they can be difficult to train properly. They have a naturally strong drive to hunt so they have the tendency to run away in the pursuit of game. They can jump very high so they need a tall fenced in area.

For thousands of years, the Cirneco dellEtna has been present in Sicily. The majority of authors believe the origin of this breed started with the Egyptian prick eared dogs in times past. It is likely the Phoenicians spread these dogs as they sailed between Northern Africa and the Mediterranean. In a number of countries in that area of the world, there are ancient records of hound dogs with a pointed muzzle and upright ears.

Cirneco dellEtna is a dog with a long history. They have proven to be very resilient and have made it against the odds into the 21st century.