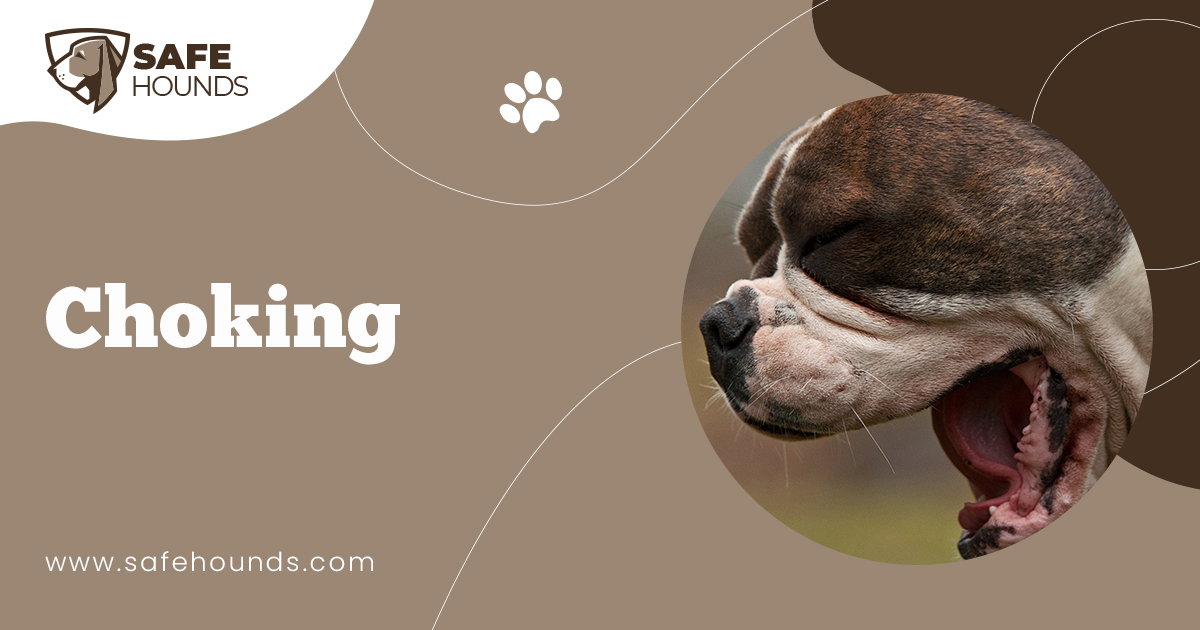 A foreign object stuck in the throat of a dog is one of the most common reasons why pets are brought to a vets clinic. Because of their exuberant and curious nature, pets would often get unusual things in their mouths. Bones, large pieces of food, plastic toys, balls and many other things find their way into the dogs mouth and obstruct the airway. There are times when foreign bodies that get stuck in the dogs mouth would not cause choking. A bone may get stuck on the roof of the dogs mouth or between the teeth. This would result to excessive salivation, gagging and distress for the dog. Choking is an emergency situation that has to be dealt with at once. First aid is crucial to save the life of the dog. However, the pet owner must be certain that the dog is really choking. First aid done on a dog that is merely coughing (not choking) can hurt and injure the pet.

The most common cause of choking is foreign object that get stuck in the dogs mouth and obstruct the airway. Choking may also be due to the swelling of the throat that is typically associated with an allergic reaction. The throat can swell so much causing the airway to be blocked. Choking would also result if the dogs collar is tight causing constriction to the neck. A leashed dog jumping over a fence would choke if the leash does not have enough slack to let the dog touch the ground.

A choking dog would drool, gag and would have swallowing and breathing difficulties. The dog may incessantly paw his face. The dog may try to regurgitate and it would be very obvious that it is distressed. A pale or a blue tongue means that the airway is blocked and the dog can no longer breathe. In most cases this will be followed by the dog losing consciousness.

The safety of the pet should always be considered. Choking can be prevented by keeping small toys out of the dogs reach. Racquetballs and other small balls should not be used to play fetch. Be sure that the ball you use to play fetch is large enough not to get stuck in the dogs throat.

A tight collar is one of the causes of choking. Be sure that the collar of the dog does not restrict the neck.

Choking is an emergency situation. Immediate treatment is vital to save the life of the dog. However, as choking has very similar symptoms to coughing, the pet owner have to be sure what ails the dog before applying first aid. Choking and coughing would both cause the dog to exhale forcefully. A choking dog would have difficulties in inhaling.

A pet owner noting that the dog is choking would instinctively come near to help the dog. However in most cases, conscious pets are panicky and may need to be restrained. Obviously, the first thing that has to be done is to clear the airway. Open the mouth of the dog. Make sure that the lips of the dog are between its teeth and your fingers. The dog cant bite you without biting itself first. Place a finger inside the dogs mouth and gently sweep to the base of the tongue and to the center of the throat feeling for any foreign object. Be cautious though; do not try to pull a smooth bone beneath the base of the tongue. Do attempt to pull anything unless you are sure what it is. If you see a foreign object, you can use long nosed pliers, tweezers or a forceps to remove the object.

The Heimlich maneuver is another method of removing an object that blocks the airway. This can be done by grasping the hind legs of the dog so that the dogs rear is near you (wheel barrow style) and with a fist behind the last rib push the abdomen forward several times until the object is dislodged.

Bring the dog to the vet even if you have successfully removed the object to rule out possible internal injuries.