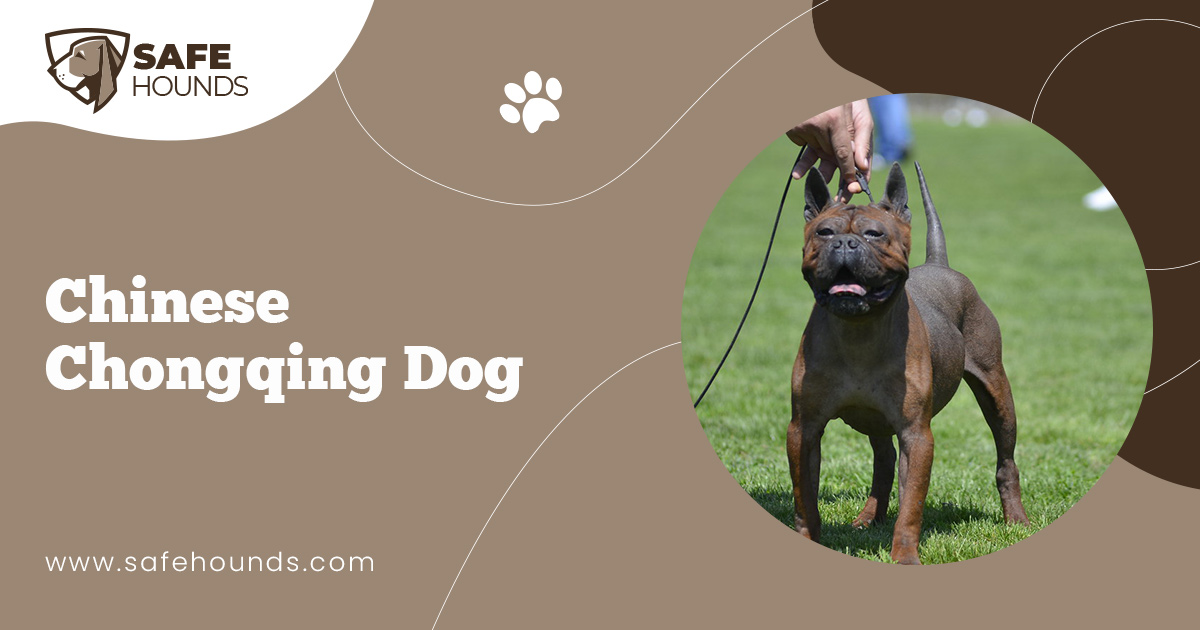 The dog breed that was developed in the Chongqing province in the southwestern region of China is an extremely rare breed. The Chinese Chongqing Dog is even unknown in other parts of China in spite of the fact that this is not a new breed. The Chinese Chongqing Dog is believed to have existed during the Han Dynasty. This theory was supported by artifacts that closely resemble the dog. The dog sculptures date back to the Han dynasty.

The Chinese Chongqing Dog has existed for centuries and developed through natural selection. The Chinese Chongqing Dog is a natural breed given that it has developed without any human intervention. Breed conformation is of little importance as the dog is valued for its working capabilities. Because of the geographical isolation, the breed has remained pure. Through the forces of nature, the breed has eliminated undesirable genetic traits. The breed is relatively free of major health problems and noted to have a life expectancy of about 18 years.

A Chinese Chongqing Dog is a medium sized dog with a well developed compact and muscular body. This breed can be considered as a masterpiece of nature with its impressive mahogany and deep brown coat and its distinctly shaped tail. This working breed has existed for thousands of years hunting, guarding property and protecting the family. A Chinese Chongqing Dog makes an excellent family companion as well. The dog is intelligent, devoted and affectionate to the family. This breed is not a barker. This means that owners will be free from ranting and raving neighbors because of an incessantly barking pet. A Chinese Chongqing Dog though has a pretty laid back attitude. This dog would not appreciate the hurly-burly environment of a frenzied family.

Standing from 14 to 19 inches and weighing between 33 to 54 pounds, the Chinese Chongqing Dog is classified as a medium breed. This is a strongly built square shaped dog. The dog has a rather large head but it is well proportioned to the dogs body size. The dog has a flat broad skull, a distinct stop and well developed cheek muscles. Loose skin that covers the head forms wrinkles at the base of the muzzle, up the forehead and extends between the eyes. Small thin triangular shaped ears are set on high and very erect. Medium sized eyes are dark brown in color and have black eye rims. This breed has a broad black nose, well defined jaws and strong teeth with scissor bite. The mouth of the dog should have a solid bluish black color. Surface of the tongue should have bluish black spots or patches as well. The neck is moderate in length, slightly arched and covered with fitted skin. The dogs strong back is slightly arched on the loin giving the dog a shrimp back look. The loin is slightly tucked up. The broad chest extends to the level of the elbows. A Chinese Chongqing Dog has a distinct short and sturdy tail that is set on very high. The round tail is thick at the base and tapers to a fine point. A tail that is raised and forms a 45 – 90 degrees angle with the horizontal is a trademark of this breed. This breed has a short very thin coat. The coat is with a good gloss but it is harsh to the touch. The parts of the dogs body that is exposed to the sun like the head and the tail are covered with a thinner hair. The coat has a beautiful dark brown or mahogany color. The dog may have a patch of white on the chest.

The Chinese Chongqing is primarily a working dog. This breed has exceptional hunting and guarding abilities. The dog is noted to have a protective personality. The dog is wary of strangers and aloof with dogs and other animals. However, this is an intelligent breed. It will tolerate strangers that are accepted by the family. This breed needs socialization as it is aggressive with other dogs. The dog also has a high prey drive. It would be necessary to leash the dog in public places otherwise it will be dangerous to smaller pets. This dog makes wonderful pets as it is loyal and affectionate to the family. The dog makes a superb jogging or hiking companion. This dog is noted to be trustworthy and gentle with the children. A Chinese Chongqing Dog is not one for apartment living. This medium sized dg would not need a lot of space indoors but it would need a rather large yard to ensure that the exercise requirements are met.

The Chinese Chongqing Dog has a short very thin coat. The dog would not need a lot of grooming to keep the coat in good condition. Rubbing the coat with chamois cloth would maintain its gloss. Frequent bathing is not necessary as well. However, because the dog is sparsely coated, it is prone to skin irritations. This can be dealt with by giving the dog a premium quality human grade diet. The Chinese Chongqing is a working breed. This dog has high exercise requirements. About 30 minutes of vigorous exercise will maintain the good physique of this dog.

The Chinese Chongqing Dog is a sparsely coated breed that is noted for its very distinct tail. This ancient breed originated from Chongqing province, the largest and the most populated area in the southwestern region of China. This breed is believed to have existed for over 2,000 years. This theory was supported by a sculpture of a dog that bore a striking resemblance to the Chinese Chongqing Dog. The sculpture was found in 1987 by archeologist excavating a tomb believed to have been used in the Han Dynasty. Other sculptures of dogs resembling the Chinese Chongqing Dog were found. The one found in Xi-an, Chinas capital city during the time of the Han dynasty is displayed in an Indiana museum. Another sculpture found in the Chongqing mountain area portrayed a dog whose back is slightly arched over the loin. This sculpture perfectly portrays the shrimp back characteristic of the Chinese Chongqing Dog. The artifacts proved that this breed has existed for at least 1,700 to 2,000. This theory was also supported by the studies conducted by experts on the history and geography of Chongqing.

The Chinese Chongqing Dog was originally utilized for tracking and hunting wild boar and smaller game. Because of the excellent scenting ability the dog can find the trail of the prey hours after the animal has gone. The dog has a well developed protective instinct. Chinese Chongqing Dogs are commonly used as watch dogs. If you have one in your home, you can be sure that no uninvited guest will be allowed to enter the home. This dog can be the worst nightmare of an intruder. The Chinese Chongqing Dog is a popular breed. A lot of people in China have this dog that is utilized to hunt, to guard or simply kept as a pet. However, when the Peoples Republic of China was formed in 1949, dog population was almost wiped out. Some specimens owned by pheasants in remote areas managed to survive. The dogs were allowed to survive as they constitute the work force of the poor farmers. In 1980s the interest for pets was revived. People have started to own dogs again. Once again the Chinese Chongqing Dog finds its way into to homes of dog lover in the cities. Presently, this breed is still considered to be rare as they are exclusively found in the Chongqing area. Some specimens have stepped on American soil but this bred is still non-existent in other countries.