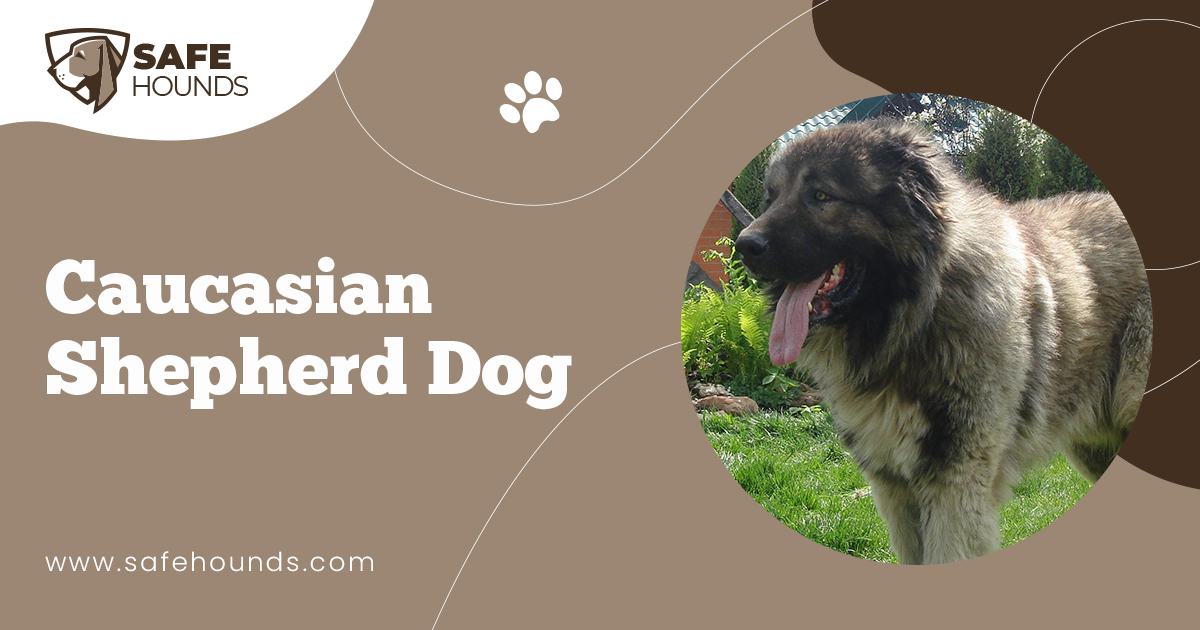 The massive appearance, the innate distrust of strangers, the endurance, the ability to adapt to various temperatures and the brute strength are the typical characteristics that makes a Caucasian Shepherd Dog a flock guard par excellence. The Caucasian shepherd dog also known as Caucasian Ovtcharka is considered to be a Russian breed. This breed along with the South Russian Sheepdog and the Central Asian Shepherd Dog are known as the Troika of Russian sheepdogs. Like the other two members of the troika, this breeds original function is to protect livestock. This dog is courageous, strong willed and noted to have a highly honed protective ability. This breed that is known for its fast reflexes would need no training to guard the livestock. The breed is compared to a loaded cocked gun, always ready to protect the livestock or the family. The dog would react in split seconds once danger is perceived. This dog will face any danger in defense of its territory even if it means losing its life in the process.

A Caucasian Shepherd puppy is a cuddly bundle of soft fur that would not fail to warm the heart of any dog lover. However, this puppy will grow and grow and grow. A mature Caucasian Ovtcharca is a massive dog with an approximate weight of 99 to 154 lbs. This dog looks like a small bear! This breed would need to be properly trained and socialized. A lot of these dogs are put down because owners cant cope with the aggressive behavior of the pet. These are guard dogs but training is not meant to emphasize the aggressive nature or to enhance the guarding instinct. Socialization will lessen the dogs wariness with strangers. Training is done to tone down the ferociousness, to curb the unmanageable tendencies and to turn the dog into a docile and good natured companion. A lot of people are daunted by the size and the less than desirable reputation of this breed. However, A Caucasian Shepherd Dog that is trained correctly and raised with love, patience and understanding will develop into a perfect companion, the very best furry friend a dog lover can ever dream of.

A Caucasian Shepherd Dog has adapted well to the varied climatic conditions of the Soviet Union because the breed has a dense weather resistant coat that provides protection and insulation against the cold. This breed actually has three types of coats. A long haired CO would have a ruff on the neck. Long hair that cover the rear parts of the legs form fringes and culottes. The dog would also have a thick bushy tail. The short haired type has a thick short coat. An intermediate type would have a long hair but no ruff, fringes and feathering are formed. Coat colors can be gray, tan, pied, fawn brindle and white.

The CO is a massive dog. The straight, long and densely boned limbs support the muscular and well boned body. Heavy, big oval shaped paws give the dog firm footing to traverse deep snow and rough terrain. Dense hair between the toes provides excellent insulation. This breed is characterized by a broad skull, broad forehead and a rather short and slightly tapering muzzle. Strong tightly fitting lips enclose white well developed teeth that meet in a scissor bite. The oval shaped dark small eyes are deep set. Ears are set on high. Uncropped ears hang down by the cheek. This breed has a prominent black nose with well opened nostrils.

A Caucasian Shepherd Dog has a twofold personality. This breed was developed to guard the flock and the property. The massive appearance is imposing enough but the dog still has a legendary ferociousness and strength that intimidates people. This breed is a through and through guard dog. Its protective instinct coupled with its distrust of strangers is what makes this breed an excellent guard dog. The livestock, the family, the animals in the household will be regarded by the dog as its family and therefore must be protected. However, the breed seems to be a good judge of character as it can discriminate between the real threats and those that are not.

Intelligence and an innate eagerness to please would always be a winning combination, a Caucasian Shepherd Dog has both. This dog may be aggressive but it is docile and would show its gentle nature to the family. This dog is suspicious of strangers but it would greet its family affectionately. Of course these are only true with well trained and well socialized dogs. These dogs are not for everyone even if they are socialized and trained. This is a strong willed thinking breed and would only respect people they consider as superior. A CO would never follow orders blindly. This dog loves children and yet children should not be left alone with the dog. Being an energetic breed the dog would be a lively playmate of the children. Again this will only be possible if the children and the dog were raised together.

Apartment life is not for this breed as it has high exercise requirements. It would need a large space to sniff and investigate, to chase even a butterfly and to explore. As it has a weatherproof coat, the dog would do well to live outdoors as long as adequate shelter is provided. However, a CO is not a dog that can be left chained in a dog house in the yard and be forgotten. This breed barks a lot. A bored Caucasian Shepherd Dog would make noise and be destructive. Exercise is the only way to release the pent up energies of this breed.

Short haired Caucasian Shepherd Dogs would need very minimal grooming. Occasional brushing would be enough to maintain the good condition of the coat. The long haired type though would be prone to matting. Mats can be avoided if the coat is brushed at least 3 times every week giving particular attention to the areas more prone to form tangles. This bred sheds heavily once a year. During the heavy shedding season, it is recommended to brush the hair every day not only to remove head hair but also to accelerate the shedding process.

The Caucasian mountain range bordered by the Caspian Sea on the east and by the Black Sea on the west has been the home of different people with different cultures for hundreds of years. This region was passed by many people migrating to other countries. Some people have even settled in this area. The Caucasus mountain range covers the territories of Armenia, Azerbaihan, Georgia, Kabardino-Balkeria, Gaghestan, Turkey, Chechnya, Ossetia, Ingushetia and Iran. The Caucasus Mountains with its forests and the snow capped Mt. Ararat has stood witness to the conflict between different tribes and the attacks of the Persians, Mongols and Scythians. This mountain range is also the place of origin of a famous moloss, the Caucasian Shepherd Dog. For centuries flocks of sheep have grazed in Caucasian mountain ranges. The presence of poachers and animals of prey necessitated a strong and ferocious guard dog that would have the ability to guard and protect the flock from these predators. The Caucasian Shepherd Dog (Caucasian Ovtcharka) is ferocious and has an inherent protective instinct. These massive dogs have protected the sheep from predators – the two legged and the four legged kind.

Whatever the true origin of the Caucasian Shepherd Dog may be, it can not be denied that these dogs have been an enormous help to shepherds for hundreds of years. Because of the outstanding abilities in guarding the flock, not to mention the striking appearance, the breed became a most popular sheepdog not only in Russia but also in other countries that form a part of the former Soviet Union. In Eastern Germany, Caucasian Shepherd Dogs were utilized as border patrol dogs. When the Berlin wall was knocked down, the patrol dogs were disbanded. About 7000 dogs found new homes in families around Germany.

Sheep guarding, the breeds original use is declining. But because of the impressive appearance the dog is commonly seen and shown on dog shows. Extensive breeding programs in Hungary, Poland and in the Slovak and Czech Republics ensured that the valued qualities of the breed will remain. The popularity of the Caucasian Shepherd Dog is increasing as the breed has reached other countries of Europe. Dedicated breeders are making sure that the breed population remained stable to prevent the danger of extinction. Owners of Caucasian Shepherd Dogs absolutely love the breed. Having one for a companion is like having a devoted, affectionate and loyal friend in dogs clothing.