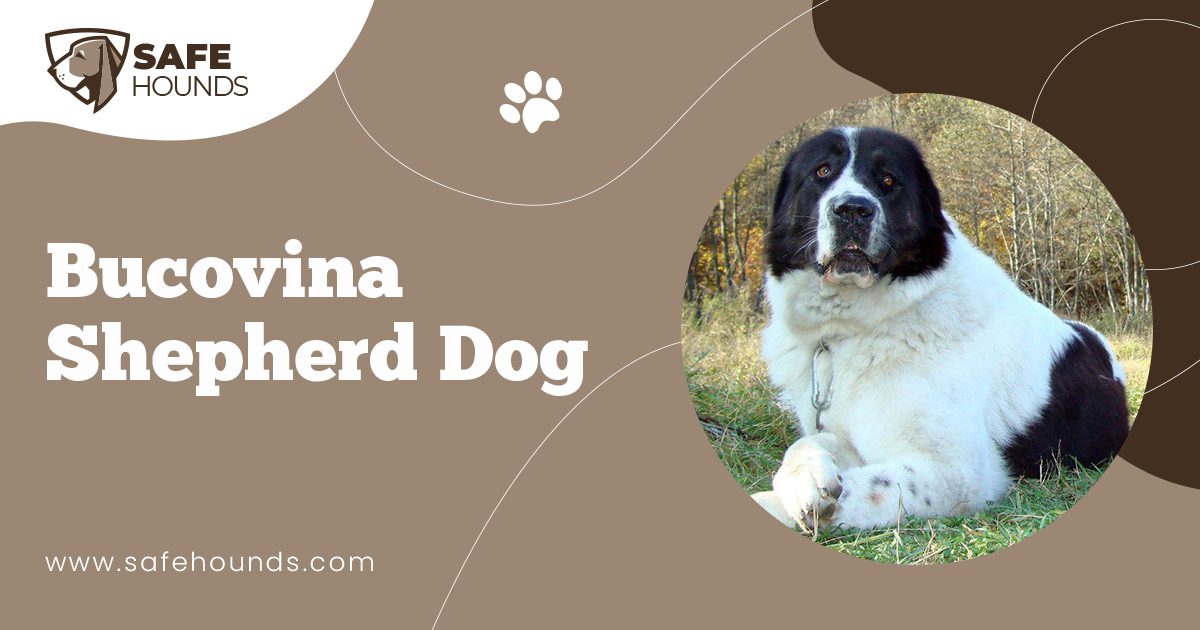 Romania has three types of shepherd dogs – the Mioriti, the Carpatin and the Ciobanesc de Bucovina. The Bucovina Shepherd Dog is an autochthonous breed of the Carpatian Mountain in North East Romania. Various breeds of mastiffs are believed to be the ancestors of these massive dogs that have existed in Romania since the 18th century. Ever since this ancient breed was developed it has proven its worth in herding and protecting cattle and sheep. This breed has well honed guarding abilities. The Ciobanesc Romanesc de Bucovina as the dog is popularly known in its country of origin was specifically bred for protection work. For hundreds of years the Bucovina Shepherd Dog has been the loyal companion and dependable partner of Romanian shepherds. This is an excellent guard dog.

In recent years, more and more Bucovina Sheep Dog has graduated from staying in the pasture to protect its masters animals. This time the dog has another role to play that of protecting the family and the property. The dog has become valuable additions to the family. Apart from being constantly alert, this courageous dog is territorial. It has an inherent distrust of strangers.

This breed has a powerful bark that turns away wolves, lynx, bears and other predators. The powerful thunderous bark of this dog will serve as a signal to alert the family about the presence of an intruder. The dog customarily patrols the pasture at night to easily discern threat from predators. A Bucovina Shepherd Dog also patrols the perimeter of the home, always vigilant and ready to act at the slightest sound and movement that would signify threat to the family. The Bucovina Shepherd Dog would make a wonderful addition to the family as it is a breed with a well balanced temperament. Unfortunately, this breed is hard to come by as they are seldom seen outside its country of origin.

The Bucovina Shepherd Dog is a large towering dog with a proud and bold demeanor. This breed has a massive head that is somewhat elevated from the backline. The skull is moderate in width and slightly domed shaped although seen from the side, the skull is almost flat. The dog has a slightly pronounced stop. The well developed muzzle that takes the shape of a truncated cone progressively tapers to the wide well developed black nose. The dog has thick and tight dark pigmented lips. A Bucovina Shepherd Dog has powerful jaws, complete set of evenly spaced white teeth that meet in a scissor bite. Compared to the head, the dog has rather small eyes. The almond shaped eyes are obliquely set. This breed has hazel or slightly lighter eye color and well pigmented eyelids. V shaped ears with slightly rounded tips are set on high. Ears hang close to the cheeks.

Moderately long neck is strong and bulky but without dewlap. This breed has a massive muscular body with a well supported muscled back. The dog has slightly defined withers, a horizontal topline and strong well muscled loins. The muscled croup slopes slightly towards the base of the tail. The broad high chest that reaches the level of the elbows has well sprung ribs. The dog has a slightly tucked up underline. The tail that is set on high is held low reaching the point of the hocks when the dog is relaxed. When the dog is on the move, alert or paying attention, the tail is elevated and may even be raised over the back in sickle fashion.

A Bucovina Shepherd Dog has a well set and thick dark grey skin. The body is abundantly covered with thick straight hair that is rough to the touch. Hair on the body is from 6 to 9 cm in length. The head and the front of the forequarters and hindquarters have shorter hair. Longer coat on the neck forms a mane. The rear sides of the limbs are profusely coated. This breed is bushy tailed as the tail is covered with longer and thicker hair. Base coat color is white with well defined black, brindle or sand-charcoal colored patches. Black or other colored speckles may be found on the legs.

The Bucovina Shepherd Dog is a serious worker but this dog also has a lively and playful temperament. It is really quite amusing to watch the dog playing with the children. The dog is very energetic but it is very apparent that it is gentle with children. This is a loyal and loving pet. Because it forms a strong bond with its human family it would be very protective. This is a territorial breed. Wary of strangers the dog would use its powerful bark to deter intruders from entering the property. The dog may tolerate other canine pets especially if raised with them while still a puppy but the dog should not be trusted with other smaller pers. The dog has a high prey drive and it would give in to the desire to chase a prey. This energetic dog has high exercise requirements. This breed is not a suitable choice for an owner living in an apartment. The dog would need plenty of space to run and play. a dog that is not given sufficient exercise because of space constraints would be one very destructive dog.

The Bucovina Shepherd Dog may not have a very long hair but it does have a thick hair that would need regular grooming. Brushing the coat everyday will prevent matting and maintain the coats gorgeous appearance. Frequent bathing will not be necessary as it will dry the natural oils of the skin. A Bucovina though is an energetic and playful breed. The dog can be dry shampooed to remove dirt clinging to the hair.

The Bucovina Shepherd Dog is a strong rustic dog that has been used by the Romanian shepherds in the Carpathian Mountains to guard the herd from predators and from thieves. Today the Bucovina Shepherd Dogs have gained access to the homes of dog lovers in cities. These dogs are commonly used as watch dogs, family companions and pets because of the breeds balance temperament.

This breed that is also known as Romanian Bucovina Sheepdog is considered as a variant of the breed of Balkan dog as it has a striking similarity with the Tornjak, Karakatcean and Hrvatski Planinski Pas. The Bucovina Shepherd is believed to have descended from the dogs in Dacia and Moesia provinces. The Dacians have been using dogs with outstanding herding and hunting abilities. These dogs that have descended from Cani Molossi are massive muscular dogs with large heads and impressive manes. This description fits the image of the Bucovina Shepherd. Thus it was concluded that the dogs used by the Romans, Dacians and later by the Romanians to guard sheep are the ancestors of the Bucovina Shepherds.

Origin of this breed can be traced back to the 18th century. This breed of herding dog was developed in the Carpathian region of Romania specifically in Bucovina. Historians believe that this breed is one of the oldest breeds in Romania. Dogs for breeding were carefully selected. Special attention to breeding was done not only to maintain the physical appearance of the breed but most importantly to maintain the courage and the guarding skills of the dog. The shepherds entrusted by cattle breeders to care for the livestock have to pay for any damages caused by wolves and other predators. The amount would be significant to the poor shepherds and the only way by which these damages can be minimized is to ensure that the breeding of autochthonous herding dogs are perfected.

For centuries, the Bucovina Sheepherd Dog that is also known as dulao (sheep dog) or capau has been the tireless partner and loyal companion of Romanian Shepherds. The first standard for the breed was written in 1982. The breed standard was revised in 2001 by the Asociatia Chinologica Romana (Romanian Kennel Club). The present breed standard that dates from March 29, 2002 was revised and updated according to the 1987 FCI established model.