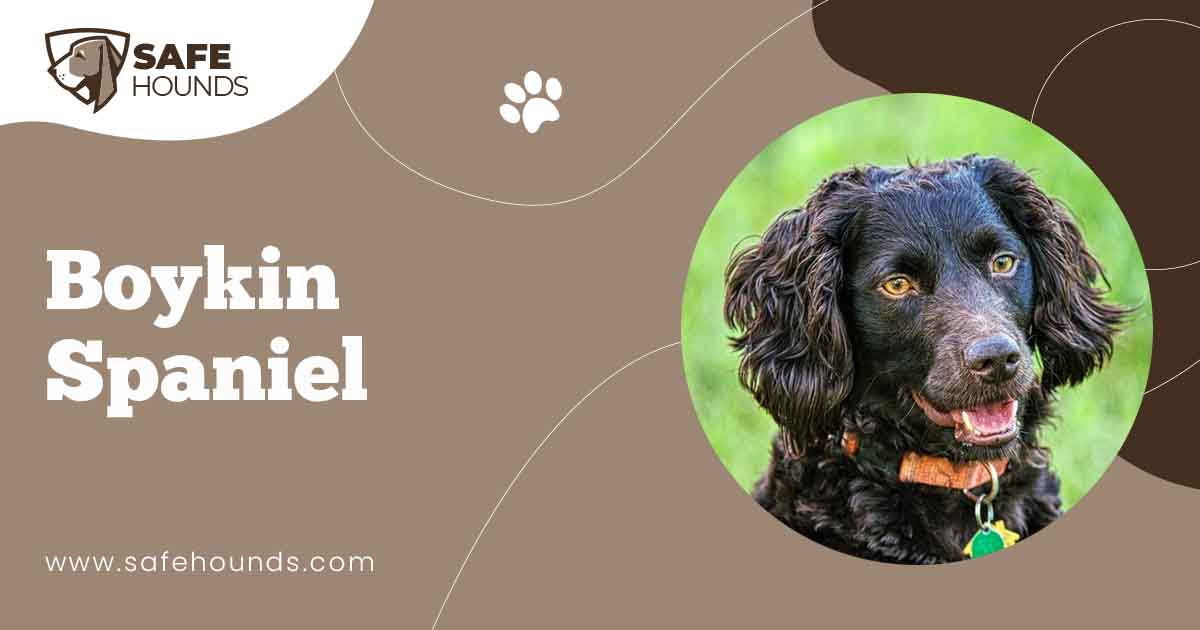 The dog that doesnt rock the boat is the slogan of the American Boykin Spaniel Club that refers to the medium sized dog that is a member of the Spaniel family. This dog was honored by the people of South Carolina by making it the official dog of the state. The 1988 South Carolina Duck Stamp that was designed by the famous wildlife artist Jim Killen features the Boykin Spaniel. The stamp is considered to be the most popular in the series of South Carolina Migratory Waterfowl Stamp and Print Program.

Boykin Spaniel was specifically bred to hunt the swampy areas of South Carolina. During the early 1900s trains, wagons and of course wooden boats afforded South Carolina hunters access to the game rich swampy areas along the banks of the Wateree River. Hunters those days use section boats that would fit into a wagon or in the baggage car of the train. These boats are reassembled and held together by bolts. As the boat is pretty small, hunters would favor a small and compact dog that would fit in the boat along with all the hunting gears. Heavy weight retrievers would be a drawback.

South Carolina hunters found the Boykin Spaniel is most suited for this purpose. These dogs are pretty small-about 30 to 40 pounds but they are considered to be strong swimmers. A Boykin Spaniel is valued for its excellent flushing and retrieving abilities. Because of its compact build and its excessive liking for water the dog can easily find and flush out game hiding in thick and heavy underbrush. They have an acute sense of smell that enables them to easily locate wild game. The Boykin Spaniel became an important hunter dog as the dogs size would easily fit in the boat. More importantly, although pretty small, the dog is strong enough to retrieve wild ducks and turkeys.

First and foremost a Boykin Spaniel is a hunting dog but this breed can be an excellent companion and they make wonderful and loyal family pet. They have this inherent eagerness to please. They are an intelligent breed. This is why they excel in obedience and agility classes.

Although hunters give more value to the Boykin Spaniels prowess to hunt, the dogs appearance can not be faulted. The curly and wavy liver or brown colored coat is glossy and smooth. The yellow or amber colored eyes would look at you with a come here and pet me look. This dog that would sit quietly in a boat could also look enchanting sitting serenely in the drawing room or by the fire with a top knot adorning its regal head.

Boykin Spaniels are basically healthy dogs that have an average life span of 14 years though some would reach the ripe age of 17. They are known to produce 5 to 7 puppies.

Small to medium sized, a Boykin Spaniel most notable physical characteristic is the waterproof coat. Type of coat varies. Some coats would be flat and smooth while some dogs will be covered with long loose curls or wavy fur. Some dogs are made more adorable by a top knot. This is a tuft of long curly or wavy hair that grows on the top of the dogs head. It is not surprising to see a Boykin Spaniel whose entire body is covered with thick wavy fur and another that sports a light feathering of fur especially in the dog ears and limbs. These are not considered faults as the dogs are valued more as hunting dogs. A liver, bronze, red and chocolate are the color variations of a Boykin Spaniel coat. The coat though is always a solid color. Some dogs though would have small white spots on the toes and chest and the longer curly hair on the ears, limbs and body would appear to be sun bleached. The coats color camouflaged the dog from turkeys and other wild games.

The dog may be small but it has an impressive head that is proportionate to the body. Head is even made bigger by the ears that are densely covered by long curly hair. The ears that are set high on the head are pretty long as they can reach the noses tip when stretched forward. The medium length skull is flat and broad on top and rounded at the sides. Forehead of the dog is covered with smooth short hair. With the long hair on the ears, the dog appears to sport a humans pig tail hairdo. The jaw is quite long. This allows the dog to efficiently carry retrieved game. The dark liver colored nose has broad and well opened nostrils that give the dog its excellent scenting ability. The wide set yellow or brown colored eyes have an intelligent, alert and trusting expression. This bearing endears the dog to its master.

Boykin Spaniels were bred by hunters to be used by hunters. Their flushing and retrieving prowess are what makes them excellent hunting companions. These dogs however, are also favored as family pets because of its pleasant, and eager to please behavior. These dogs are good with children. As this bred have an extraordinary liking for water, they would love nothing more than to play with the kids in the swimming pool and even in rain puddles.

Inherent to these hunting dogs is their boundless energies. They would do well in apartment buildings provided they are exercised daily, preferably in the morning and also at night. This is to burn off their extra energies. A home with a yard would be more suitable but the owner should take care not to leave the dog unleashed and alone. Because of their heightened sense of smell, they may wander off to follow a scent. These dogs can be destructive if their need to walk and exercise is not fulfilled. Owners need to be vigilant as the dog may decide to make its own landscaping.

Boykin spaniel does not need high maintenance. Regular maintenance however would show the owner if a veterinarians attention is needed. Nails must be trimmed regularly otherwise the quick will grow long. Accidentally cutting a quick that is allowed to grow long would be painful to the dog and excessive bleeding will result as well.

Boykin Spaniel is a water dog. Ears must be thoroughly dried and checked regularly to avoid ear infection. Teeth have to be cleaned regularly, professionally if possible. Give the dog bones and chew toys to remove and prevent plaque build up.

Because of the nature of the coat, frequent brushing is necessary to remove dead and loose hair, clinging burrs as well as to prevent mat formation. The dog may be bathed occasionally. For aesthetic reasons, some owners would have the dogs coat clipped. Coats are also clipped if the dog is kept in a dog yard where burrs and dirt would cling to the coat. This is to reduce the need for brushing. Owners may have the dog clipped by a professional groomer who will give the dog a spaniel cut. Some owners would invest in grooming equipment and do the grooming themselves. Some owners would clip the whiskers to give the dog a tidy and neat appearance. However, if the dog will still be used as hunt retrievers, it is best to leave the whiskers alone as cutting the whiskers will hinder the dogs ability to track and retrieve.

The Boykin Spaniel breed is believed to have descended from a stray named Dumpy. During the early 19th century, it was reported that a stray followed a banker Alexander L. White (1860-1942) and his family on their way to the First Presbyterian Church in Spartanburg South Carolina. When Alexander White went out of the church the dog is still there so he took the stray home and named it Dumpy. As Alexander White already owns several dogs, he sent Dumpy to his friend and hunting buddy. L. W. Whit Boykin, a planter, a land appraiser and a noted sportsman have long wanted to find a solution to the problem they have in their Wateree hunting trips, that of a suitable dog which will easily fit in the boat together with the guns and other hunting supplies. Dumpy seems to fit the bill as it was found out that the dog has exceptional flushing and retrieving abilities.

Dumpy was bred with a female dog found in an unclaimed crate at the Camden Railroad Station. The small curly haired spaniel type dog was named Singo. Dumpy and Singo became the foundation stock of the present day Boykin Spaniel. The Boykin named was taken from Whit Boykin, the breeds developer. The American Water Spaniel, the Cocker Spaniel, the Chesapeake Bay retriever are believed to be the other ancestors of this breed.

Boykin Spaniels were breed by hunters specifically to hunt wild turkey along the banks of the Wateree River. These dogs have adapted well not only to the marshes but also to the dove fields. These dogs have proven their worth in flushing and retrieving wild game. Today Boykin Spaniels grace the homes of modern day hunters as they are proven to be loyal and intelligent pets of the family.