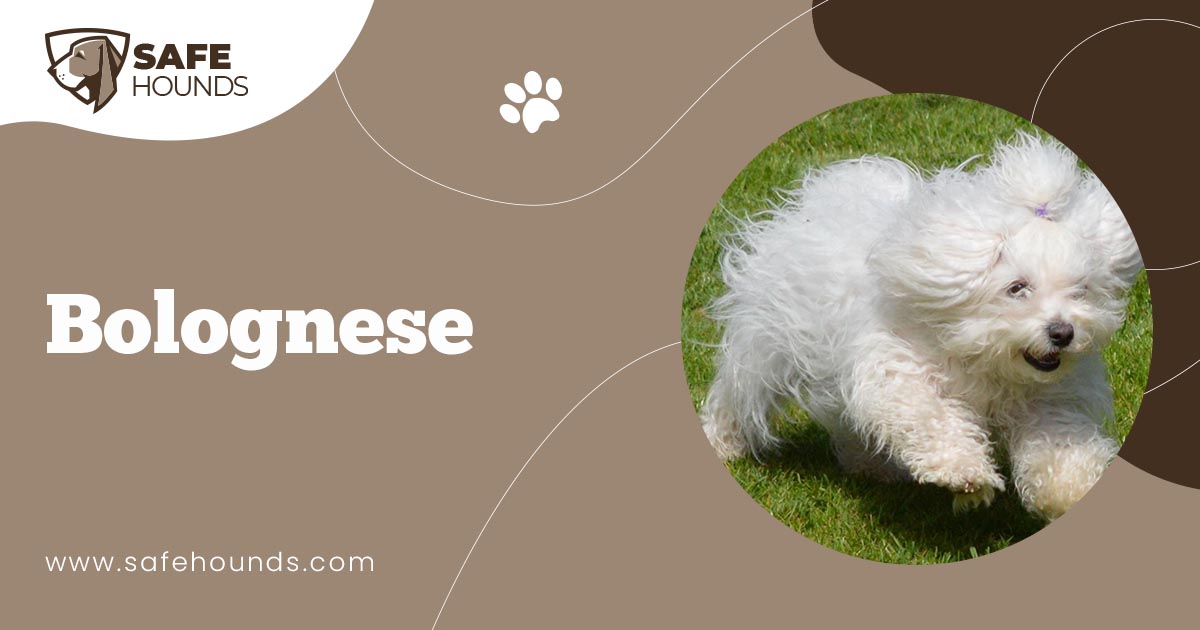 A Bolognese is an enchanting little toy dog that can be a most loyal companion. This dog that belongs to the Bichon family has an ancient noble origin. This cute little dog is most favored by the royal courts, the Italian aristocracy as well as the nobility in other parts of Europe. The Bolognese is wonderful companions and quite a number of historical figures and famous personalities have owned this enchanting little pet. Catherine de Great of Russia (1729-1726), Madame La Marquise Pompadour (1721-1764), Marie Therese Empress of Austria (1717-1780) and the most famous movie star Marilyn Monroe are only some of the world renowned personalities that have owned this delightful little dog. Empress Maria Therese of Austria became too attached to her dog so much so that when it died she commissioned a taxidermist to preserve it. The preserved Bolognese can now be seen in the Natural Museum of History in Vienna. Bolognese dogs are also featured in paintings of great artists like Titian and Goya.

Small dog ownership is a fast emerging trend. A dog lover may opt to get a small dog, a miniature one or be enthralled to own a toy dog that would look like a breathing stuffed toy. Bologneses are considered to be a rare type of small dog. Even in Italy, its place of origin, finding this dog could be difficult as they are not a common dog. Apart from this, the Bolognese cost a lot too. For the pleasure of owning this dog, you have to shell out $1000.00 and up. Purchasing the dog however is well worth it as it can be a loyal companion, one that will provide you with countless hours of pleasurable companionship.

Known as The little dog with a Big Personality a Bolognese, in spite of its small appearance is one tiny tough guy. They are highly intelligent and intuitive. These dogs would seem to foresee what the owner wants. It can be quite amusing as they would think that they are smarter than the master. These dogs are enterprising too as they are always on the look out for interesting things that can be the source of their entertainment. They are known to invent their own games too. These are very playful dogs. Even a ten year old one would play and act like a puppy.

These dogs make good family pets as they are good with children and with other pets. They are naturally inquisitive and would like to take part in all the activities of the family. This breed would love to be constantly with people. These are loyal dogs that would develop a strong attachment to the human family. They can be happy to play alone outdoors but once inside the home, they would become the shadow of the owner and follow him wherever he goes.

These dogs may be small but they can be effective watch dogs because of their acute sense of hearing and well developed eyesight. These dogs are not really yapping dogs but they would alert the owner once they sense anything unusual. However, they are considered to be poor guard dogs as they would only bark and never attack.

Bolognese is a member of the Bichon family thus it is also known as Bichon Bolognese. This is a small but compact well muscled dog that is made distinct from other dogs of the Bichon family because of its fluffy long white coat that hangs all over the body in loose open ringlets giving the dog an adorable cuddly appearance. The coat that is soft and wooly to the touch grows 3 to 4 inches long without an undercoat. If you own one you would surely love to bury your face on the dogs white wooly soft coat. The coat do not shed and considered to be hypoallergenic.

The length of the dogs body is equal to the dogs height measured at the withers giving the dog an almost square build. The medium length head is egg shaped. The dog has a black button nose. The well opened black eyes give the dog a toy like appearance because they are black rimmed and although the eye opening is round, the white of the eye is not really visible. Teeth are white, perfectly formed and aligned with a scissors bite. Long and hanging ears are set high on the head. Because the ears have a stiff base, the upper part of the ear stands detached from the skull. Covered with dense hair, the ears give the impression that the dog has big heads. The raised rather short tail is curved gracefully.

Bolognese dog are considered to be good tempered. They are vivacious creatures that would be very frisky outdoors. Indoors, they are less active. These dogs would be content to lie on the masters lap (thus the name lap dog) and follow the master from room to room. These dogs can be very possessive of the master. They are known to howl whenever they are not given attention or when the master is busy with other pets. These dogs tend to experience separation anxiety if left alone for long periods. Although small, these dogs can do considerable damage if left alone for quite a while.

These dogs can get along well with other animals. They love to play with older children but are known to be reserved and shy with strangers. Eager to please, these dogs are highly trainable. Though inherent to the Bichon family, the Bolognese like the Maltese, the Bichon Frise , Havanese and Coton de Tulear are hard to housebreak. Steady crate training is imperative. If you own this dog you may need to install a doggy door.

As a Bolognese is a less active dog, apartment dwelling would be sufficient as playing can be their exercise. A yard however, would be better as similar to other dogs, a Bolognese have an inherent instinct to walk.

A Bolognese is a healthy breed with no identified genetic illnesses and would often live longer than its 14 years life expectancy if properly cared for. Because of the denseness of the coat, regular grooming is necessary. Daily brushing and combing should be done to avoid tangles and mat formation. These dogs are known to sleep with their masters. Some owners would frequently bathe and condition the dog. Others would have the coat trimmed by professionals. Eye and ear care must be done regularly as well as teeth cleaning and nail trimming. Similar to other breeds, veterinary care is necessary.

Italy is the Bologneses country of origin. These dogs are thought to be in existence during the 11th and the 12th centuries in the southern part of Italy as well as in Malta. The dogs name however was taken from Bologna, a Northern Italian town where the dog enjoyed tremendous popularity during the Renaissance period. Prior to catching the attention of the nobility, these dogs are known to have been kept on ships as mousers. Bologeneses are noted for their ability to hunt rats and other rodents.

During those times, members of the Italian nobility as well as ladies who belong to the upper levels of society are fascinated by these little cuddly dogs that make excellent watch dogs because of their acute hearing and keen eyesight. It was the in thing during those times for the nobility, for the rich and the famous to have a dog sleeping with them in their bed. Moreover, these loyal and devoted dogs are so playful they are considered to be a source of the masters amusement. The owners took to breeding these little dogs and shipped them all over Europe as gifts.

It was believed that this dog was also bred by the Medicis and by the House of Gonzaga who reigned over Mantua in Northern Italy from the year 1328 to 1708. Cosimo de Medici gifted a nobleman from Belgium with eight Bolognese dogs. King Philip 11 of Spain was gifted two Bolognese dogs by the Duke dEste (1533 -1597)

Just like other dogs from war ravaged countries, the Bolognese too almost became extinct. Thanks to the efforts of dedicated breeders in Italy and in Belgium the breed was saved. Presently there are quite a number of kennels dedicated to breeding Bolognese in Europe. A bigger number of these kennels are in Germany and Russia.

Although still rare, the Bichon Bolognese is gaining popularity in several parts of the world. In the later part of 1980s, these dogs have become most sought after in Scandinavia and in United Kingdom. The breed entered America in the 1990s and was accepted as foundation stock by the American Kennel Club in 1990. In United Kingdom, a Bolognese club was formed although only 500 Bolognese dogs were registered.

The Bolognese dog that was once used as a ship mouser is probably still an efficient mouser these days. However, this small sturdy dog with its wooly soft beautiful white coat is more favored as a watch dog and a loyal and devoted companion a dog that will provide the owner with years of excellent companionship.