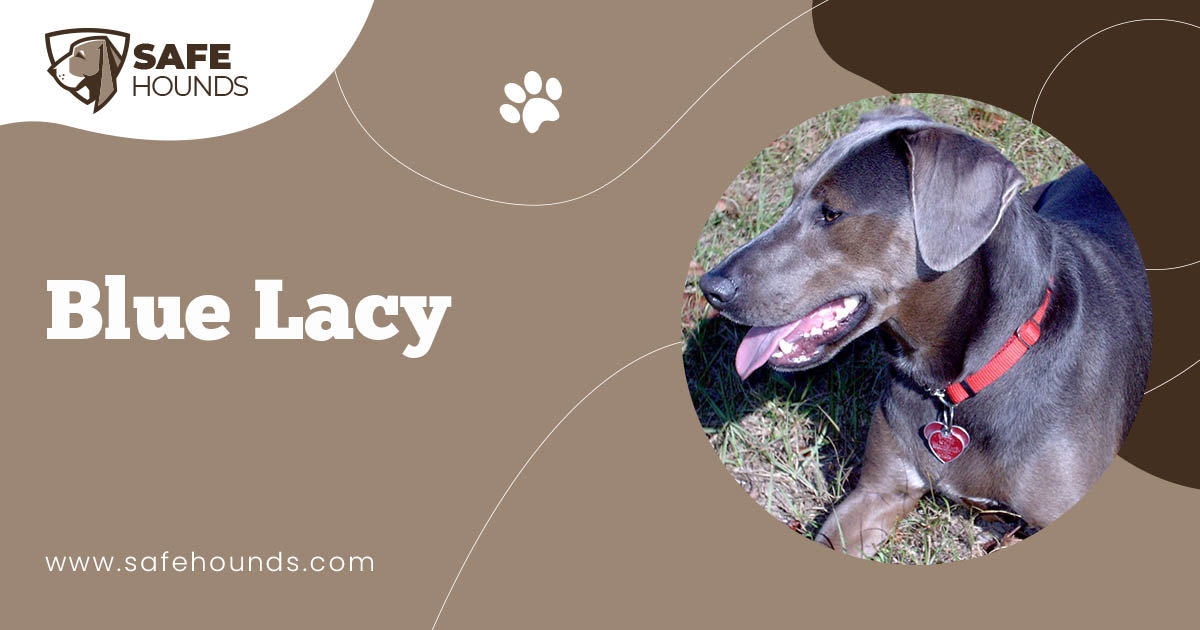 The Blue Lacy was made the official State Dog Breed of Texas through a legislation signed by Governor Rick Perry on June 18, 2005. This breed of working dog is the only dog breed that originated in the second largest state of United States. The Blue Lacy was developed from the dogs that were brought by the Lacy brothers when they moved from Kentucky to Barnet County, Texas in 1858. This breed of working dog was developed from English Shepherd, Greyhounds, scenthounds and wolves.

A Blue Lacy is a lightly built but well proportioned dog whose stature exudes strength, agility and immense endurance. The blue in the name is rather misleading as although blue coated dogs are most common, red and tricolored dogs also exist. The tricolored and the red varieties are believed to possess the blue color gene as well.

The Blue Lacy is an intelligent, energetic and intensely alert breed. Originally developed as a herding dog, the Blue Lacy has exceptional abilities in herding and rounding up that is unsurpassed by other breeds of herding dogs in the country. This working dog is noted for its determination to control unruly herds of livestock. The dog is also an excellent hunter. A Blue Lacy possesses an excellent scenting ability that is a most valuable asset in blood training. This breed is also noted for its exceptional abilities to tree game and to hunt wild boar. This breed of working dog is a suitable choice for a home companion as the dog forms a strong bond with the family.

The Blue Lacy is a medium sized dog with a powerful build. The dog exudes great strength, agility and speed. This all around working dogs have been the indispensable helpers of the pioneers as they are noted for their good work ethics. The Blue Lacy is a powerful breed. The dog has a medium sized head that is carried with pride. The medium width and moderately long skull is well built. The dog has a moderate stop and a muzzle that is slightly shorter than the skull. Strong jaws have evenly spaced teeth that meet in a scissor bite. Lips that are neither loose nor drooping completely cover the jaws. Ears are medium in length and hang down with the tip aligned with the eyes. Round eyes that are set well apart are bright and alert. The alert expression of the eyes is not unlike that of a wolfs in intensity. Eye color ranges from rich brown to bright yellow. A Blue Lacy has a strong well muscled arched neck. Moderate in length, the neck is set well into the muscular shoulders. This breed has a well balanced body is built for dexterity, speed and immense stamina. The Blue Lacy has a square shaped body with a well muscled level back. The moderately broad chest is deep, almost reaching the level of the elbows. The chest and the well sprung ribs provide ample lung space. This breed has moderately tucked up loins.

The Blue Lacy has a short, smooth and tight coat. Coat colors come in three acceptable varieties. Blue coats are shades of gray, red coats are light cream to rust. A tricolored coat is a combination of the mentioned colors on a blue base. A Blue Lacy also has distinct red marks.

A Blue Lacy would need challenging tasks to keep it mentally and physically fit. This working breed is accustomed to roaming ranches and farms. Dogs that are kept solely as pets must be given the opportunities to walk or to run everyday. Being a short coated breed, the Blue Lacy would not require extensive maintenance. Occasional brushing would be sufficient to maintain the good condition of the skin and the coat. Frequent bathing would not be necessary as well. However, the dog would need regular ear cleaning and teeth brushing.

The Blue Lacey is the only breed of working dog that originated in Texas. This breeds name was taken from the Lacy brothers who moved from Kentucky in 1858 and settled in the granite hills near Marble Falls, Texas. Arriving by covered wagon Frank, George, Ewin and Harry Lacy raised hogs and several hundred heads of cattle. As with other colonial Americans, these early settlers do not have the farm implements that modern farmers have today. The herding and the rounding up are done with the help of dogs. As soon as the Lacy brothers settled in Texas, they have started the development of a breed of dog that later on would be called Blue Lacy. It was believed that the Blue Lacy was developed from Greyhound, scenthounds, English shepherd, wolf and coyote. The breeding gives emphasis on developing a dog type with excellent droving and herding abilities. The dog type that was developed weighs from 25 to 50 pounds and measures approximately 18 to 25 inches at the withers. The dog with an exceptionally clean built has a short, smooth and tight coat that comes in gun-metal gray or almost black color. This coat color is classified as blue. Dogs that are classified as red coated have a red, yellow or cream coloring. A Blue Lacy can also be tricolored. All these dog types classified according to coat colors are called Blue Lacy as the red and the tricolored are believed to have the blue color gene. This means that both these types can produce blue coated puppies.

The Blue Lacy is a working dog with highly valued working abilities. These dogs were primarily developed to herd and to drove cattle and hogs. The pioneers would usually keep hundreds of free roaming hogs and cattle. These dogs are capable of doing the work of two or three ranch hands. When it is time to round up the animals, the farmer would simply open the gates and signal the dog to round up. A herd of 300 cattle or hogs can be penned by the dog in about three hours. These dogs are truly indispensable helpers of the pioneers.

The Blue Lacy has almost gone to extinction when the three wheeled horse was introduced. These all terrain vehicles have greatly diminished the need for herding dogs. Moreover the family owned ranching industry has declined further reducing the need for this herding dog. Since the Blue Lacy dogs were developed the dog have provided meat for its masters dinner table. A Blue Lacy is an outstanding hunter with an excellent scenting ability. This dog can easily track wounded animals. The Blue Lacy was rediscovered, this time as an outstanding hunting dog. Presently, these dogs are one of the breeds most sought after by trappers in United States.

On March 15, 2005, the Blue Lacy was proposed to be the state dog of Texas. The legislation that was proposed by Representative Juaquin Castro has the objective of recognizing the original breeders for the contribution they have made to the State of Texas.