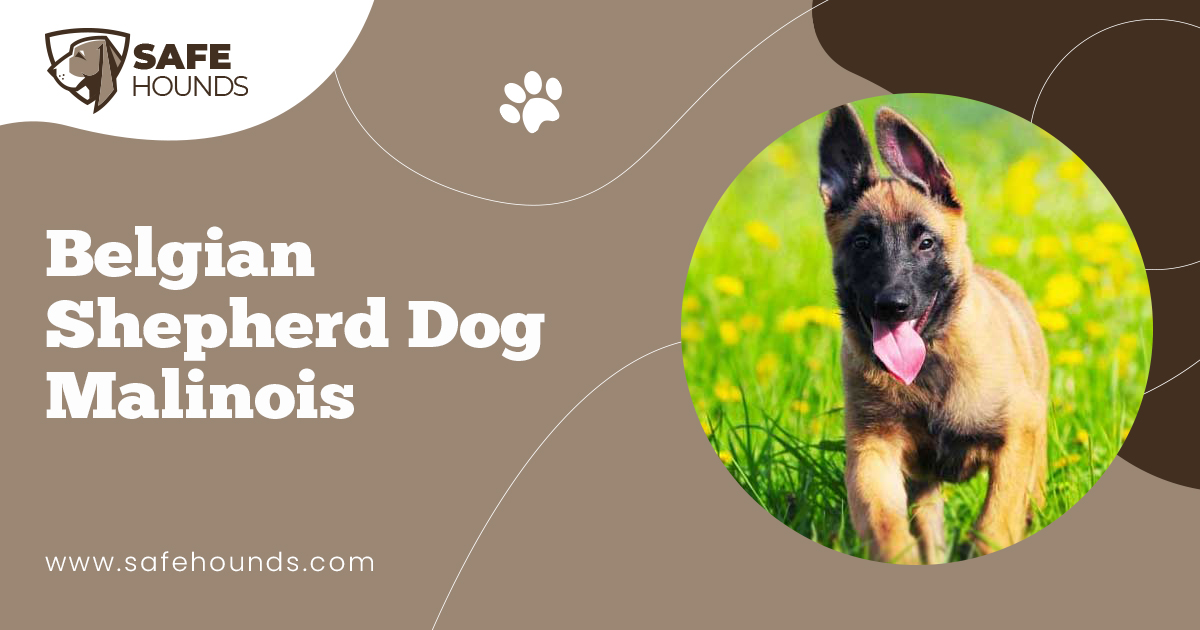 The Belgian Malinois is usually described as a square shape dog because his body is just a long as it is tall. They are proud, elegant dogs with a muscular build. However, they are not heavy-set at all. They are usually very smart, obedient, and pay attention to their surroundings. They listen to orders and are willing to do anything you ask of them. Belgian Malinois are usually protective, strong, and watchful. They are considered wonderful watchdogs, but some can become territorial and mean. Belgian Malinois should be introduced to other species and animals early on, so they do not become timid or shy.

Belgian Malinois make wonderful police and guard dogs, and they are usually used for this kind of work. They are also great housedogs and pets since they get along with children very well, but can become over-protective. They are alert, loyal, and love their families. They desire affection, attention, and like to be played with on a regular basis.

The Belgian Malinois should never be ignored, as it may become mischievous and make trouble for the owner. They are good workers and like to be given a task or duty so that they do not become bored. They like to run in circles, play, and chase people heels. They rarely bite humans, but if they do, it will be a nip at the heels in a playful manner. Belgian Malinois are competitive and demanding. They require a lot of attention and training from their owner so that they can become reliable and trustworthy. They are sweet companions and make good housedogs.

Belgian Malinois have smooth easy to maintain coats. He is very muscular and often described as a squared-shaped dog. His front legs are very straight and are parallel to one another, while his hind legs are muscular, but not thick looking. He has paws that are very similar to that of cats and some people say they have cat-feet. Belgian Malinois have long claws that should be clipped or removed from both the back and front paws.

Belgian Malinois have long tails with short hair. Their hair is usually a mahogany, fawn, red, or black with black markings sometimes on his mask, ears, and thick undercoat. Around his neck, he has longer hair that forms a collar shape. He has small, almond shaped dark eyes that always look alert and questioning.

His ears are equal length triangles and are proportionate to his head. They usually stand erect at all times and are great at hearing from long distances. The Belgian Malinois has a sharp scissor-like bite that could be dangerous if used on the wrong thing. They are considered sheepdogs and have many similar features to them. Depending on their sex, they range anywhere from 22 to 26 inches tall and weight between 55 and 75 pounds. They can be stocky or slender, but their bodies are always in the shape of a square.

The Belgian Malinois is a strong, muscular squared dog with a great personality. He is usually used for police work such as detecting, hunting, rescue operations, and protection. They are obedient, cautious, and they have great agility. They are obedient, attentive, and always listen to the commands given to them (if trained properly). Belgian Malinois are sweet to their owners and loved ones, but may become frightened or defensive when introduced to small animals, other territorial dogs, or humans they have never seen before. He likes to run around and protect his family members and loved one. He is territorial and likes to show that he is the boss. He needs to be trained well when he is young in order for them to be the great housedogs they can be.

Belgian Malinois are playful dogs that need lots of attention and exercise. They need to have at least one hour a day of exercise in a large yard or a park. They prefer cool weather and do not like to be in warm places for long periods of time. This breed of dog needs regular brushing and does not need to be bathed often. They need to have their nails declawed or clipped in the back and the front. They like to be active and should be on a leash when not fenced in, as they sometimes run fast and can get lost. Belgian Malinois can live up to 14 years. Females have litters ranging usually from six to ten puppies at a time. They are a low-maintenance breed and great pets.

The Belgian Malinois, one of four kinds of Belgian sheepdogs, is named after the Belgian city Malines. He is shorthaired, unlike other kinds of Belgian sheepdogs that are closely related to him. He is a part of the sheepdog family and has four similar brother breeds. These breeds include the Groenendael, Tervueren, and Laekenois. Although the Belgian Malinois is rare in America, it is seen everywhere in Belgium to this day. They were usually bred for herding cattle and for guarding their families. Both of which they are still good at doing today.

In 1965, The Belgian Malinois was entered into the working group. Since then, they have been used mostly by the police and FBI for tracking and detecting. In 1958, they were recognized by the AKC and have been widely known ever since. The Belgian Malinois is now used mostly with police personnel, helping them with everyday issues in the crime world. They are still considered great pets and wonderful watchdogs and will always be known as mans best friend.