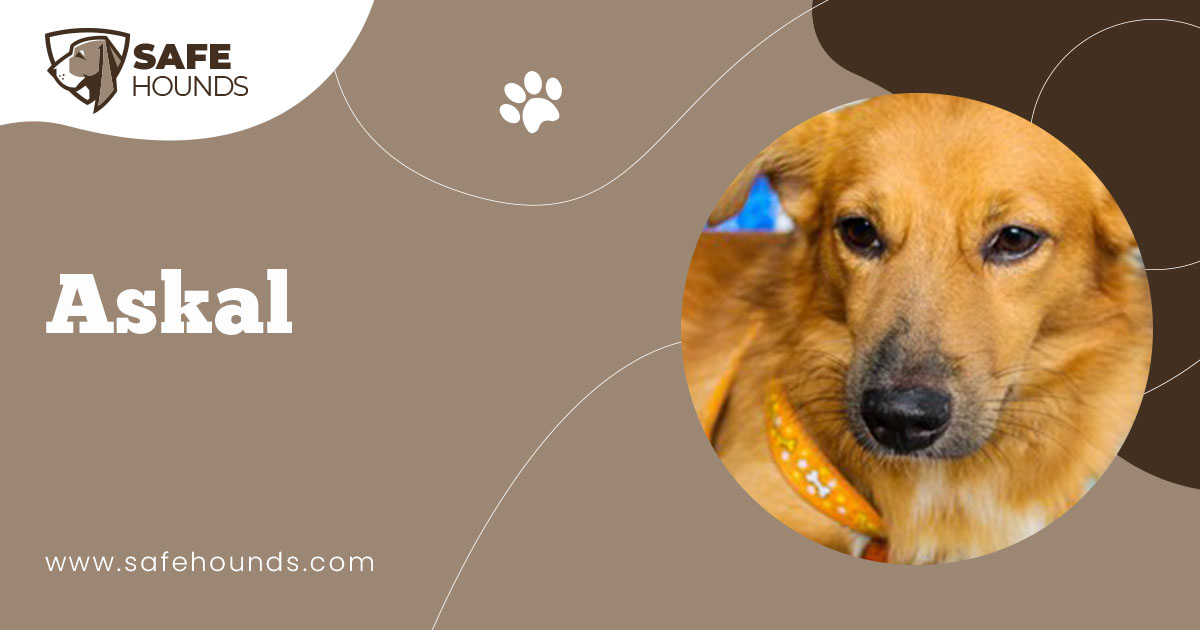 A medium sized dog is seen standing on its hind legs and dancing with its master. Nothing is extraordinary with this feat. Other dogs are seen dancing as well. However, after dancing the dog enters the bathroom, switch on the light and sat on the toilet bowl to poop. After doing its business the dog flushes the toilet. Amazing! Not many dogs can do these tricks let alone the other stunts in the dogs repertoire. The ordinary looking dog that was trained to do these tricks is Saver, an Askal, a mongrel, a mutt, a cur a mixed breed with no known parentage. Saver was found by its owner/trainer in the street when the dog was still a puppy.

Similar to the vira-lata dogs (trash can tipper) of The Dominican Republic and Brazil, the Askal is basically a stray dog in the Philippines. Askal is the Tagalog (Austronesian language) contraction of the word asong kalye or street dog. Irong Bisaya which means native dog is the Cebuano name for these stray dogs. In Bicol region these dogs are generally called Ido or Ayam. These dogs were developed for generations of natural selection.

Askals make wonderful pets. These amazing native dogs are loving and very loyal to their families. These smart dogs have an innate eagerness to please thus training will never be a problem. Sadly, people in the Philippines similar to people in other countries prefer imported purebred dogs. Owning a Great Dane, a Dalmatian or one of the toy breeds is a status symbol. These foreign purebreds are pampered and paraded in malls wearing fashionable dog accessories while a lot of Askals are rummaging trash cans for sustenance. These dogs have a rough life. Although some dogs are well cared for by their owners, hundreds of these dogs roam the street, belonging to no one. The grim fact is that about 300 dogs are slaughtered daily. The illegal dog meat trade in the Philippines has flourished for more than three decades. These ill fated dogs suffer horrible cruelty from wicked dog meat traders. Unlike their pampered purebred cousins, hundreds of Askals are destined to be eaten.

An Askal is a dog of mixed ancestry. Because of cross breeding the Philippine native dog does not have a definitive appearance. An Askal crossed with spitz type dogs would have the typical looks of a spitz. An Askal that is a Labrador mix or a pinscher mix would manifest the appearance of the parent breed. Generally, an Askal is a medium sized dog with a longer than tall body. These dogs have short dense coat that can be of any color. These dogs have various ear types. Some individuals would have pricked ears, others would have droopy and rose ears. Eyes can be variedly shaped and colored as well. These dogs have long pointed muzzle and complete set of evenly spaced teeth that meet in a scissor bite. Tails are long, thick at the root and taper to a point. These wiry dogs have long thin legs.

Askals are loving and loyal dogs. This dog may not be pedigreed but they make wonderful companions. An Askal would be content to lie under the table while the family dines and would patiently wait for the table scraps. These dogs may not have the gregarious personalities of other purebred dogs but the loyalty and the devotion it gives to its human family can never be doubted. The dog makes a wonderful playmate of the children in the same manner that it makes an ideal hunting or jogging buddy of the master. Askals generally are outdoor dogs. These dogs are accustomed to being tied in the yard to guard the family and the property. These dogs are not very territorial. An Askal will not fail to warn the family of strangers by barking but once the visitor is accepted inside the house, the dog will acknowledge the stranger to as a guest of the family. These dogs are not dog aggressive. Askals tolerate other animals as well. It is common for this dog to befriend smaller pets of the family. It is a sad fact that these wonderful dogs are looked down. It is really heartbreaking to see an Askal with doleful eyes being kicked by its master. The cruel action is a big betrayal of the dogs affection and friendship.

An Askal is a healthy breed. Purebred dogs are generally inbred to get the desired characteristics. However, inbreeding increases the risks of genetically related diseases Since Askals are mixed breed, they possess greater genetic diversity giving them a higher resistance to certain diseases. Askals are low maintenance dogs. These dogs are low shedders. Brushing the coat regularly would be enough to maintain its good condition. Most Askals though have doggie smells thus they need to be bathed two or three times a month.

Askal, the Philippine native dog practically littered the streets. These dogs are strays  belonging to no one as unlike in other countries, majority of the professed dog lovers in the Philippines prefer to care for imported and purebred dogs. The Askals are in fact viewed condescendingly. These stray dogs are often slaughtered and end up in the dinner table. In the Philippines, dogs are eaten. The Philippines though is not the only dog eating country. Dogs are eaten in Korea, in China, in Germany, in Canada and in many other countries. This does not mean though that the dogs are not loved in these countries they are! Eating dog meat is simply in their culture.

For centuries, dogs have been mans loyal, affectionate and functional friends. The Igorots, the ethnic groups in the Cordillera region of the northern Philippines are known to love dog meat. These people love their dogs as aside from being the loyal companions they are commonly used in hunting wild pigs and other prey. A valued pet may be slaughtered and eaten. More often dogs are sacrificed in rituals and ceremonies.

Askal, have existed in Philippine soil for centuries but the origin of these native dogs are unknown. Dogs have descended from wolves. As there are no wolves in the Philippines, the Askal cannot be indigenous to the Philippines. Because the appearance of the Askal resembles that of a Dingo it was speculated that the Askal has descended from Australias native dog. Historians believe that the Dingo was brought to Australia from Indonesia by the Austronesian sea travelers. The Austronesians have sailed and travelled to other countries, one of which is the Philippines. Dogs were brought along as they were used in hunting. Moreover, dogs have served as blankets that kept the owner warm at night. Through thousands of years, the dogs were bred and crossed with foreign dogs resulting to the present day Askals.

Askal dogs are a part of the Philippines national heritage. Sadly, these loyal and affectionate dogs are looked down upon. An adorable puppy may get the masters attention for a while but when the dog matures it will be relegated to the backyard, leashed under a tree if not allowed to roam the streets to fend for themselves by rummaging trash cans and dodging the kicks of heartless individuals. Fortunately, the campaigns and programs were launched to preserve these dogs. The Animal Welfare Foundation spearheaded the rescue operations by establishing a two-hectare rescue center in Capas, Tarlac where dogs recovered from illegal slaughter houses were housed. Recovered dogs are open for adoption. The See Beauty Beyond Breed (SBBB) campaign was launched supported by movie and TV personalities with the aim of uplifting the image of the Philippine native dog.

Askals make wonderful companions. Askals are currently being trained to be bomb and narcotics sniffing dogs. There is a move to make the Askal the national dog of the Philippines. These hardy dogs may not be pedigreed unlike imported purebred dogs but these dogs are smart and loving truly mans best friends!