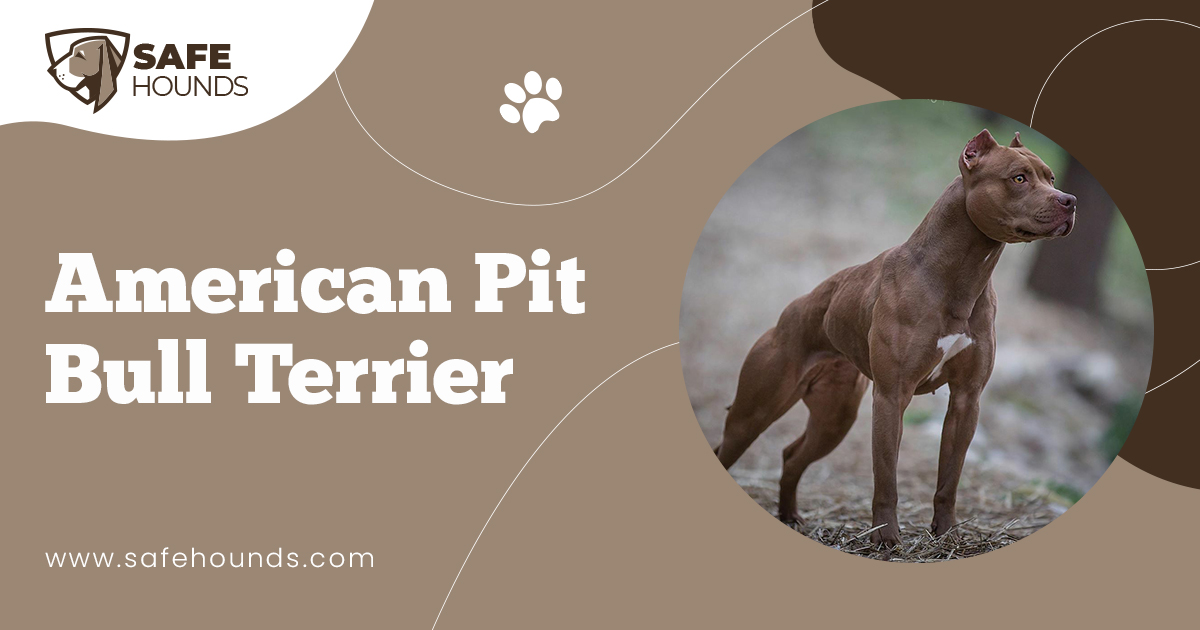 The American Pit Bull Terrier is one of if not the most controversial breed. This breed was specifically developed to be courageous and to have incredible strength and immense endurance. These traits made the dog one of the most sought after breed for police and military work. The dogs were utilized by the FDA and USD in drug detection. These dogs were trained to be bomb sniffing dogs as well. The strength and the endurance were proven when the dogs have excelled in weight pulling and in search and rescue operations. Sadly, this breed is under the umbrella term pit bull and lumped together with other dogs with a stigma to their name. Pit bull is a derogatory name. Dogs are mans best friend. Unfortunately, thousands of people get bitten or mauled to death by dogs. And when these accidents happen, the name pit bull will be mentioned. Never mind that the attacker is another breed.

Pit bulls or the American Pit Bull terrier to be specific is not a breed that hates people. True, the progenitors of this breed were breed and trained to be aggressive but the ferociousness is towards other animals. Breeders even cull dogs that have a low bite threshold and dogs that show aggressiveness to humans. APBTs are still being illicitly used in dog fighting. These dogs are specifically trained to be ferocious. However, APBTs that are developed to be home companions are noted to have well balanced temperaments. These dogs are very loyal and devoted to the family. These large dogs have a lot of love to give. They do not single out one person to bond with. These dogs love the entire family.

The stature of an American Pit Bull Terrier gives an indisputable impression of immense power. The dog has an intimidating appearance although this is not the reason why this breed of dog creates hysterical fear. APBTs are in fact loathed. Legislations have banned the ownership of this misjudged breed. When you look at an American Pit Bull Terrier, the first thing that will catch your eyes is the massive block-like strong head. This breed has a medium sized muzzle that is similar to that of a Boxers – short and abrupt. The head is fitted with smooth skin that is slightly wrinkles in the forehead. An APBT has well muscled cheeks and powerful jaws. Tight lips enclose a set of strong evenly spaced white teeth. Ears that are set high on the head are commonly cropped to stand upright. Natural ears are half pricked. Round or almond shaped eyes are set widely apart. Any eye color is acceptable although eye color that compliments the color of the coat is more preferred. The eyes give the dog an intelligent, animated and an eagerness to serve expression.

The American Pit Bull Terrier is a muscular breed. The body gives the impression of incredible power and immense strength. The well muscled neck is slightly arched, tapering from the head to blend smoothly onto the strong, muscular shoulders. The deep and wide chest provides ample room for the longs and the heart. The back is short but strong. The loin is slightly tucked up. The APBT is a square shaped dog, the length and the height are almost the same. Tail that is thick at the base and tapers to a point should not be docked. The APBT has a glossy short coat that is stiff to the touch. Any coat color is acceptable.

The American Pit Bull Terriers are feared. These ferocious dogs after all are known for their violent history. An APBT however, is a very friendly breed. In a canine beauty contest, the dog can win the congeniality award. The dogs have an inherent desire to please. They are loyal and devoted dogs. An APBT may not be gregarious like other breeds. The dog may be content to lie at your feet while you are relaxing, to silently follow you around when you work, to run with you when you are inclined to exercise. The dog will always be ready to play with the children. The dog has a well developed protective instinct. The dog will sacrifice its life to protect the family. Because of the dog fighting ancestry, the APBT is dog aggressive. These dogs must always be leashed or supervised when in the company of other dogs. The dog can live peacefully with other pets it has grown with.

This breed will do okay in an apartment as long as they are taken for daily walks. An American Pit Bull Terrier is a low maintenance breed. Being short coated the dog would not need extensive grooming. This is an average shedding breed. Regular brushing will maintain the good condition of the coat. Bathing should be done only when necessary so as not to remove the natural oils of the skin. The dog can be dry shampooed. Rub the fur with chamois cloth to bring out the sheen.

The precise origin of the American Pit Bull Terrier is unknown but historians and dog experts trace this breeds origin to England some one hundred fifty years or so. Mollossian, the massive ferocious Greek dogs believed to have originated from Asia were brought by Phoenician traders to Britain. The mastiff type dogs of Britain are believed to have originated from these dogs. Legend has it that these ferocious mastiff war dogs surprised the Roman Legions when they invaded Britain. The Romans took many of these dogs home to Italy where they were named Pugnaces which means British broad mouthed dogs. Descendants of these mastiff dogs were originally used by the English in the cruel sport of bull baiting. These dogs therefore were commonly called bulldogs. Bull baiting is a very popular sport during the 18th and early 19th centuries. Although the dogs were also used by butchers as catch dogs and utilized by hunters to hunt small and large game, most of these dogs were specifically bred and trained to excel in bull baiting. When the British Parliament passed the Humane Act of 1835, the bloody sport of bull baiting was banned. Breeders turned their attention to developing dogs that will be used in dog fighting. Bulldogs were crossed with terriers resulting to the type of dog that is now called the American Pit Bull Terrier.

The American Pit Bull Terrier has directly descended from pit fighting dogs. Crosses between bulldogs and terriers eventually resulted to the breed that is known as APBT today. Selectively bred and conditioned terriers have developed the gameness trait of fighting dogs. These dogs are noted for their eagerness to fight despite substantive injuries. This breed has first entered American soil in the mid 19th century. Although the progenitors of the breed have irrefutable history of bull baiting and dog fighting, in America these dogs have different utilizations. APBTs were used as catch dogs that retrieve hogs and round up stray half wild cattle. The sizes of the breed diverge slightly from the dogs developed in England. As the dogs were used to hunt and to be the guardians of the family, slightly bigger and leggier dogs were developed by the breeders. These dogs were also used to deliver messages in the battlefield during the war years.

The AKC does not want to recognize Pit bulls because of the stigma associated with the breed. Thus in 1898, Chauncy Bennet, a steadfast supporter of the breed formed the UKC. This is a breed registry established solely for the acceptance and registration of pit bulls. Initially, pit was removed from the name and America was added. However, because the public protested, the pit was added back resulting to the name American Pit Bull Terrier. The UKC recognizes the fighting trait of this breed. For a dog to be registered, it has to have won three fights.